Carlos Villa-Real Jr.: He called himself ‘masamang damo’–he was anything but | Inquirer Lifestyle ❮ ❯ 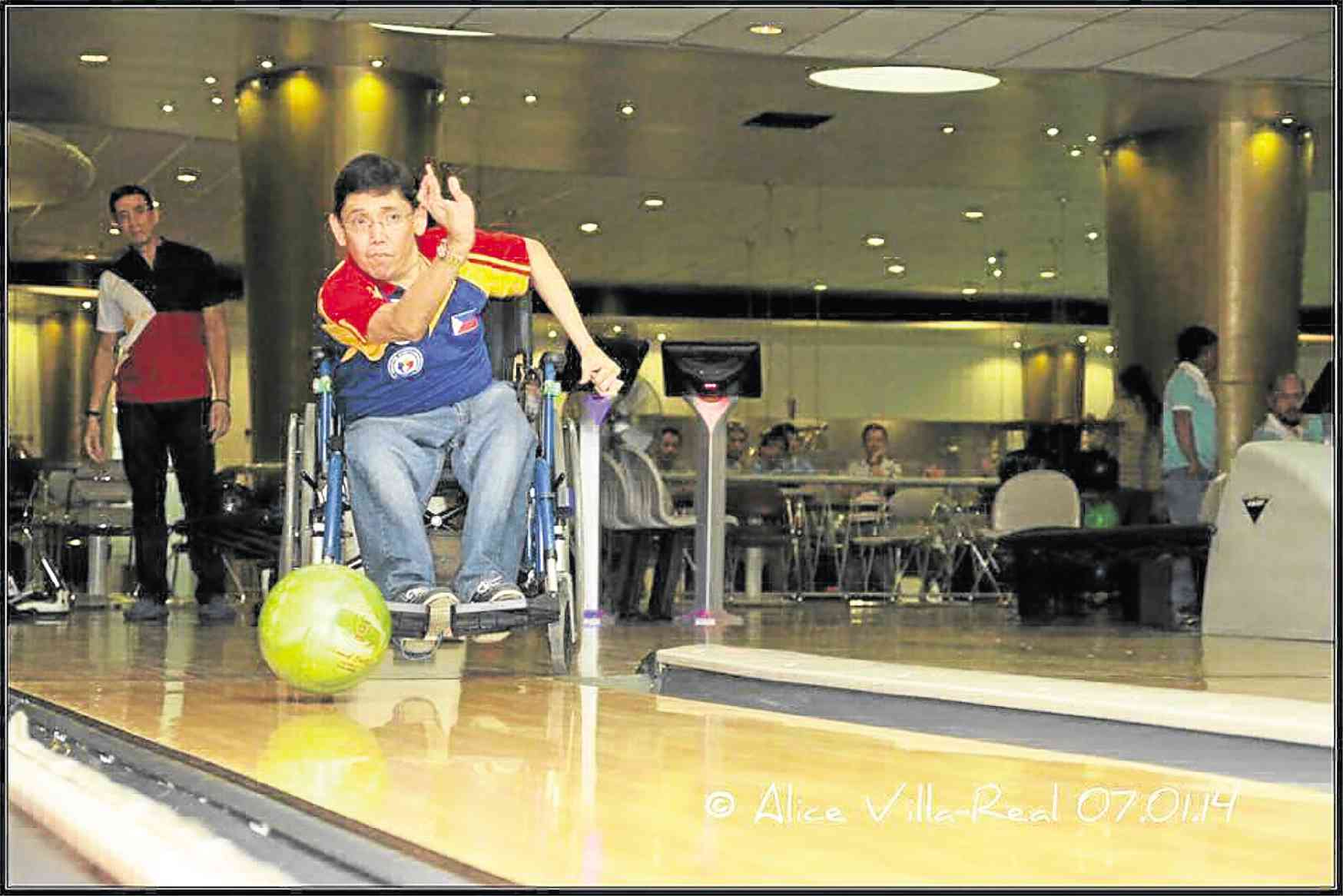 Carlos in his wheelchair bowling with his mentor and friend, Paeng Nepomoceno

Carlos Villa-Real Jr. died of a heart ailment very swiftly and without a “by-your-leave” on June 25.

Characteristically, he wanted to “expedite” his exit to make things less cumbersome and painful for his family and friends. He was a “walking time bomb”; his call to the life beyond long overdue. In his own tongue-in-cheek explanation: “kasi masamang damo ako.”

Irony of ironies: this “walking time bomb” never quite walked in his 59 years. And far from being masamang damo, he was the kindest, most patient, forbearing and generous person we knew.

To his added credit, he was all these amid a most challenged life faced by a rare bone disease that plagued him as a toddler who was just learning to walk. Some 40 leg fractures in his childhood confined him to braces and, soon, to the wheelchair, until his demise.

Carlos was a people person. Family and a grown number of friends and secret admirers, including female fans, gravitated toward him. He had a genuine sense of humor which taught him to laugh at his shortcomings and difficulties.

We don’t remember ever seeing him distraught whenever he had to crawl out of bed or his wheelchair to go to the bathroom for his necessities. Trips to his room fridge for his favorite beer and chocolates were not belabored even if difficult. Getting in and out of the van and into his favorite movie house were done with learned facility.

Spending time with his computer while appearing most uncomfortably seated seemed like a breeze to him. So was hosting and serving guests on occasions. Or rolling his wheelchair and 10-pound ball down best friend and mentor Paeng Nepomuceno’s bowling lane for a strike.

We observers felt awed and exhausted just watching him. But he was indefatigable and undaunted.

Carlos was called many endearing names: “Maito” by his late mom, Leonie; “Mato” by sister Baby Alice who could not pronounce Maito; “Froggie” by his other siblings Tony and Lani, and cousins; “Pakner” by the rest of his barkada like Ricky Davao, Aga Muhlach, Federico Moreno, Edwin Go and Serafin Pua; and dear “Uncle Carlos” by his numerous girlfriends—yes, friends who were girls.

I like to call my cousin Carlos (our moms were sisters) “Mr. Generosity.” His help to needy relatives, wards and friends remain unheralded. He never talked about his virtues; only his beneficiaries did.

We will miss the gourmet ice cream and popcorn, the chichirias and decadent chicharon that he so unsparingly shared with us against doctor’s orders.

We will miss his latest self- choreographed “dance performance” atop his wheelchair. To many, the wheelchair resonates with sadness over one’s disability to walk. Carlos embraced his wheelchair like it was his throne—God’s panacea for his atrophied muscles, because of which he never even approximated 5 feet in height.

But to us who will continue to admire him, he will always be 10-feet tall.

In his lifetime, Carlos might have never walked. But in his death, finally, he walks with God. —CONTRIBUTED