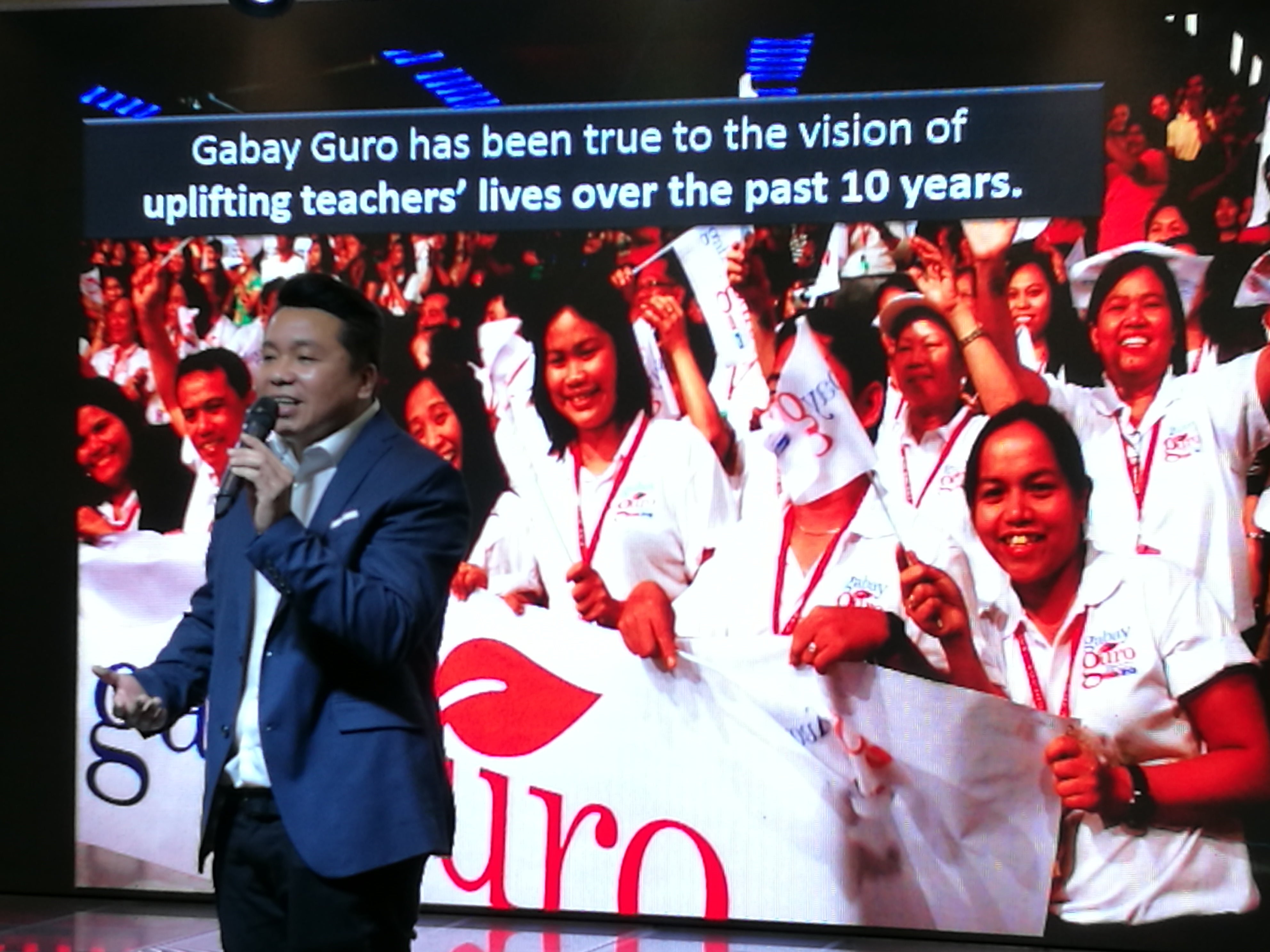 Today, Sept. 17, the MOA Arena will be filled to capacity as the PLDT Gabay Guro Foundation celebrates its 10th anniversary with a “Grand Tribute” to its 20,000 member-teachers.

Gabay Guro was established in 2007 as an education arm and a flagship project of the PLDT-Smart Foundation. It is a program run by volunteers from the PLDT Manager’s Club Inc.

Its website says the core of the Gabay Guro program are scholarships, training, housing and educational facilities, livelihood, broadbanding and computerization, and the teachers’ tribute.

Gabay Guro has more than 1,000 scholars in various state colleges and universities nationwide. There are over 300 LET passers, 496 active scholars as of August 2016, and a projected 167 graduates this year.

Gabay Guro’s initiative on broadband and computerization has had great impact nationwide. All partner-schools have been recipients of either computers/laptop or internet connections from PLDT or Smart.

It has likewise facilitated the construction of classrooms in provinces, mostly those that have been hit by calamities. Over 40 classrooms have been built and donated to Cebu, Bohol, Leyte and Capiz.

It has won awards and citations such as the Gawad Tanglaw, two Anvil Awards in 2016, one from the Philippine Association of National Advertisers (Pana) and the Philippine Quill Awards.

Aside from the musical performances, the Grand Tribute will have Gabay Guro members vying for a raffle of houses and lots, vehicles, livelihood opportunities, gadgets and cash prizes, among other giveaways.

The Gabay Guro Foundation is chaired by Chaye Cabal-Revilla, and its brand advocacy headed by Gary Dujali.

The PLDT Gabay Guro grand tribute is exclusive for teachers only. Gates open at 12 noon. Admission is free.