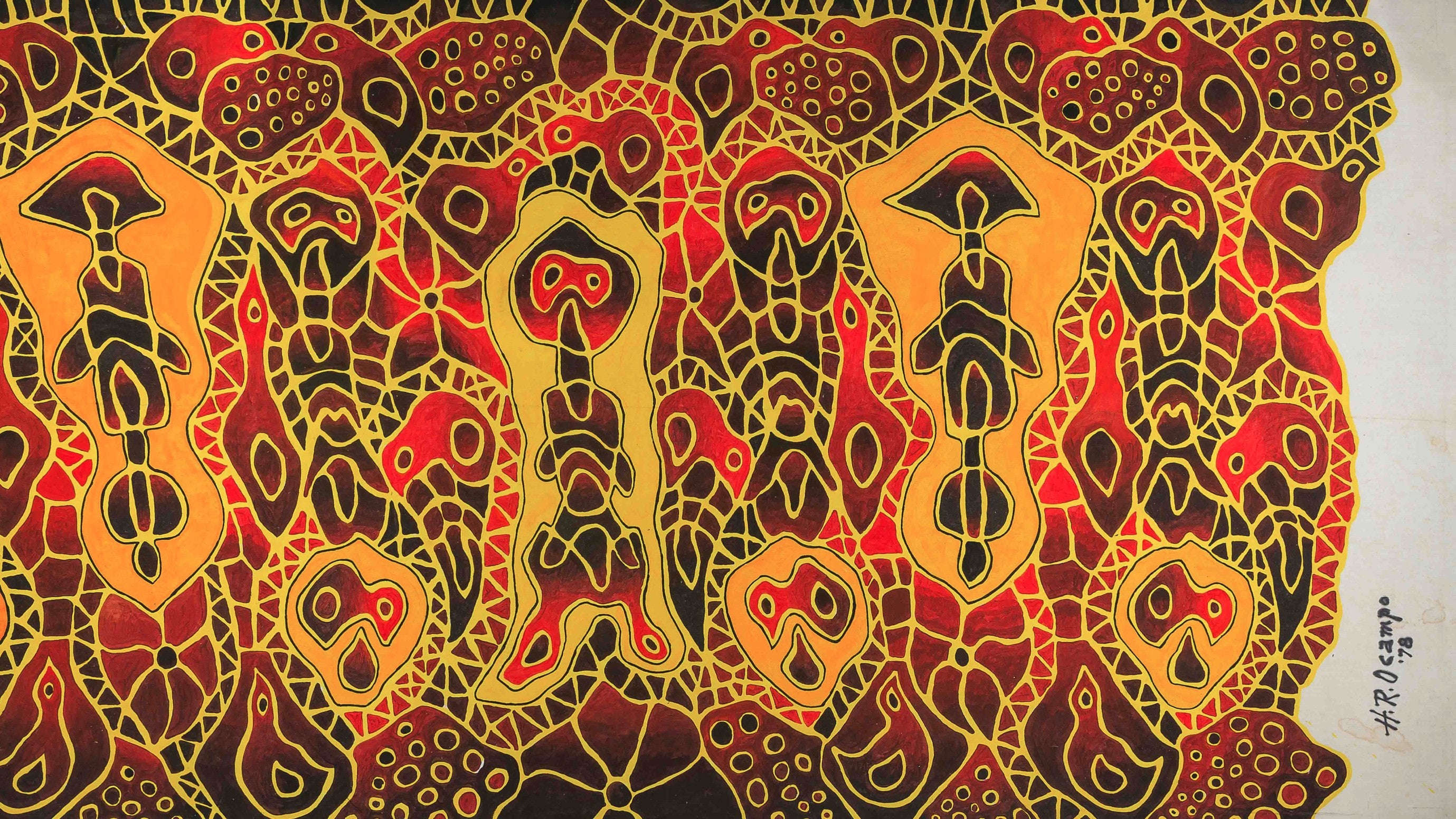 “I think it’s about birth,” opines Ramon ‘Richie’ Lerma, director of Salcedo Auctions in Makati City. “It’s quite poetic. Ocampo worked on it toward the end of his life. It’s one of his greatest and one of his biggest. It’s his last great masterpiece; the only thing bigger is his curtain at the Cultural Center of the Philippines.”

A private collector has offered the painting for auction. Bidding may start from P16-P18 million.

“It may go higher,” warns the curator.

“Mga Kiti” has been featured on the cover of a 1991 book on the works of Ocampo, titled “HR Ocampo,” by the Saturday Group of Artists in cooperation with the CCP’s Coordinating Center for the Visual Arts. The text and design were by Rodolfo Paras-Perez, with notes by National Artist Cesar Legaspi.

The large-scale work is the pièce de résistance in an auction to be held by Salcedo Auctions at the main lobby of Peninsula Manila in Makati on Sept. 23.

There will be 105 works, mostly paintings and some sculptures, on display.

Of special interest are two small, disarming sculptures showing children by José Caancan, a student of José Rizal in sculpture. The works are said to date back to the early 20th century.

A mural-size work by Tapaya, “The Magic Frog,” caught my eye as it engagingly interprets a folk tale from Mindanao. –CONTRIBUTED