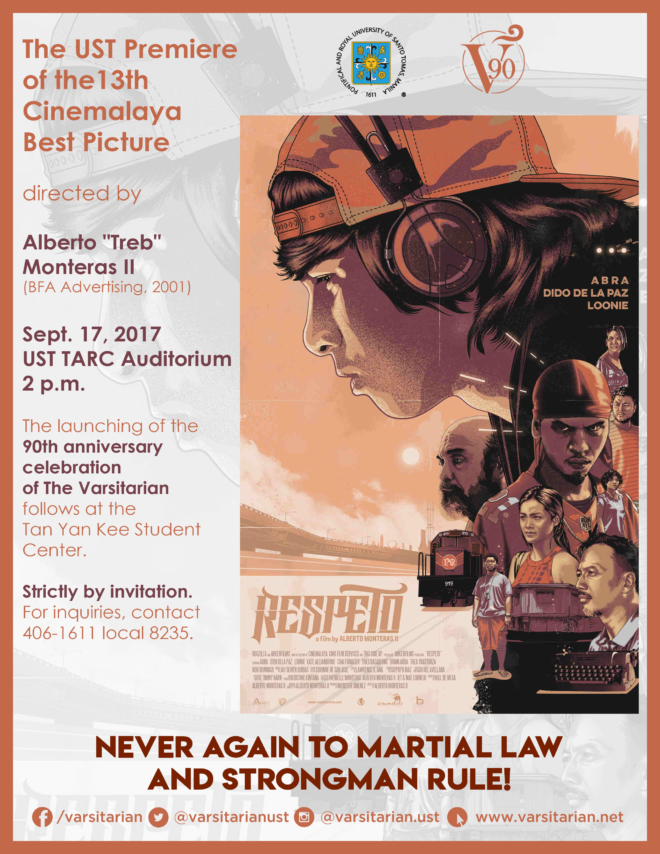 Filmmakers behind the celebrated 2017 Cinemalaya Best Picture “Respeto” have noted that “social media trolls” have been maligning the movie in the run-up to its much-awaited commercial release Wednesday on the eve of the 45th anniversary of the declaration of martial law.

“Social media sites have been savaging the movie even if it’s obvious they haven’t seen it at all,” said Alberto Monteras II, writer-director-producer of “Respeto.”

Monteras said the trolls were conditioning the minds of moviegoers to reject “Respeto” and its critiques of martial law and EJK. 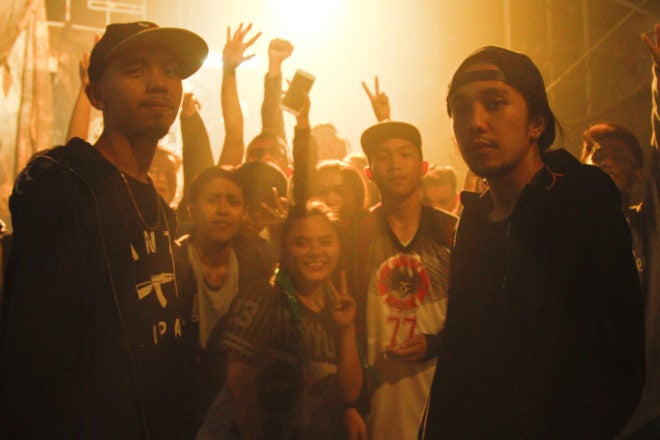 Executive producer Monster Jimenez urged moviegoers to see for themselves “Respeto” and not be affected by negative criticisms of the movie circulating in the social media.

Monteras and Jimenez were speaking Sept. 17 at the University of Santo Tomas (UST), which premiered the movie to a packed invitational audience of students, faculty, professionals, and religious sisters and priests.

Among the audience was Sister Regina Kuizon, provincial of the Good Shepherd Sisters and the head of the Association of Major Religious Superiors in the Philippines, which has condemned EJK and the burial of martial law strongman Ferdinand Marcos in the Libingan ng mga Bayani.

The premiere was hosted by the Varsitarian, where Monteras was art editor in 2000-2001, as the student newspaper’s way to mark the 45th anniversary of martial law on Sept. 21 and also to kick off the celebration of its 90th anniversary in January 2018 as the Philippines’ oldest Catholic paper. “Respeto” tells the story of Hendrix (Abra), a young man amid the poverty, squalor, crime and corruption of the urban jungle, who dreams of becoming a champion rapper. Needing to find the right words and literary education, he meets Doc (Dido de la Paz), an old poet-scholar who suffers from the trauma of martial law. Hendrix seeks personal liberation in the future while Doc seeks redemption from the past: Can they save each other?

“Respeto” was the unanimous choice for Best Picture by the international jury in the 2017 Cinemalaya independent film festival. The jury cited it “for its infectious, propulsive energy, its highly convincing cast of characters and very effective ensemble acting, its breathtaking, nearly epic sweep of the underside of Manila, its expert application of the resources of cinema to depict a teenager’s drive to rise above poverty and violence, its cogent melding of contemporary rap and traditional oral literature, and its sheer humanity and coruscating poetry.”

The Network for the Promotion of Asian Cinema (Netpac) jury also named “Respeto” as Best Picture “for tackling the complex issue of human rights violation across two generations, musically connected by the vibrant and socially-conscious use of language.”