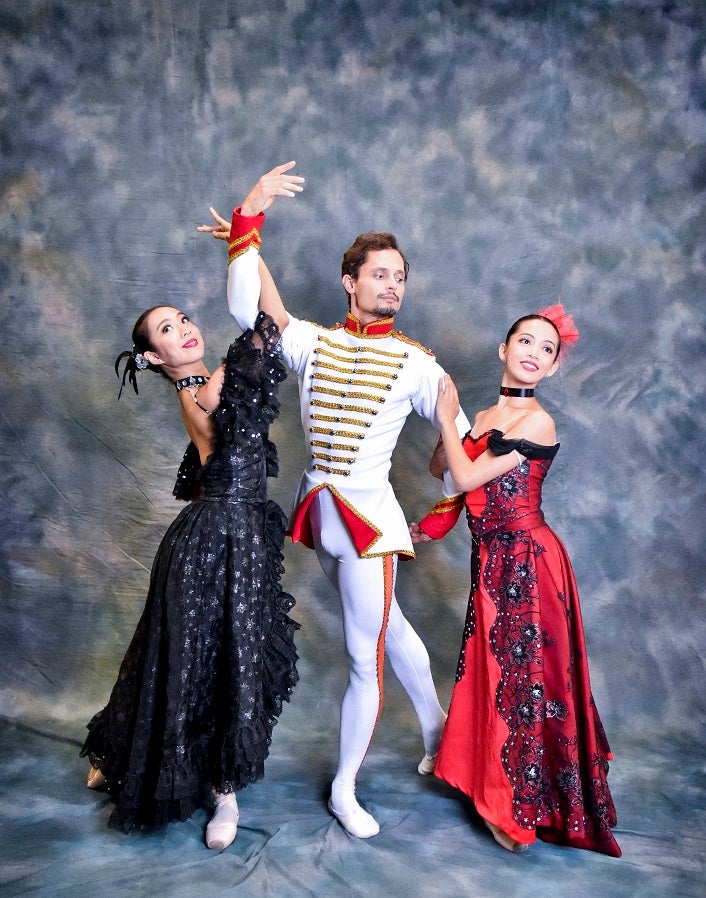 Esteemed guest artist from Germany, Martin Buczcko, will share his dancing and choreographic talents as the male lead role.

First shown in Vienna in 1905, “The Merry Widow” had delighted theater audiences as an operetta by Hungarian composer Franz Lehár. This operatta, presented as a musical feast, captured the contrast of the main characters— the fiery and passionate nature of Balkan the Pontevedrians, and the elegant sensibilities of Parisians, whose city is the backdrop for this story of love and intrigue.

Choreographed by artistic director Ronilo Jaynario, PBT’s version appeals to the Filipino audience’s eye for passion, melodrama and “vida/contravida” counterplay, as it fuses innuendoes of political intrigue with the characters’ licentious and comical misadventures.

Subtle strength, unbridled enthusiasm, and enduring grace are the hallmarks of PBT’s young crop of dancers. Coming from a wellspring of Filipino talent, honed by Jaynario and the dedication of Russian ballet master, Anatoly Panasyukov, the lead dancers for “The Merry Widow” add another layer of excitement through their take on the ballet’s lush choreography.

World-renowned prima ballerina, Margot Fonteyn of the Royal Ballet of England, danced the role of Hanna Glawari, the “merry widow”, when she was almost 60 years old. It was her last major ballet role.

But in an interesting counterpoint, PBT’s “The Merry Widow” will be performed by young lead dancers, both between the ages of 19 and 21, who aim to show that they can essay this ballet’s challenging mix of maturity and hilarity with grace and aplomb.

Through a series of intimate pas de deux or dance duets and ballroom dance scenes, themes of courtship, romance, forbidden love, and adultery receive both provocative and witty choreographic treatment.

Lehár’s music remains as irresistibly appealing as when his operetta was first performed. It provides a perfect foil for the subtlety and strength of this ballet’s repertoire of characters.

For this ballet, the dancers are called upon to employ their talents through not just classical ballet, but also through character dance, mime, and theatre acting. It certainly is a show to watch out for!