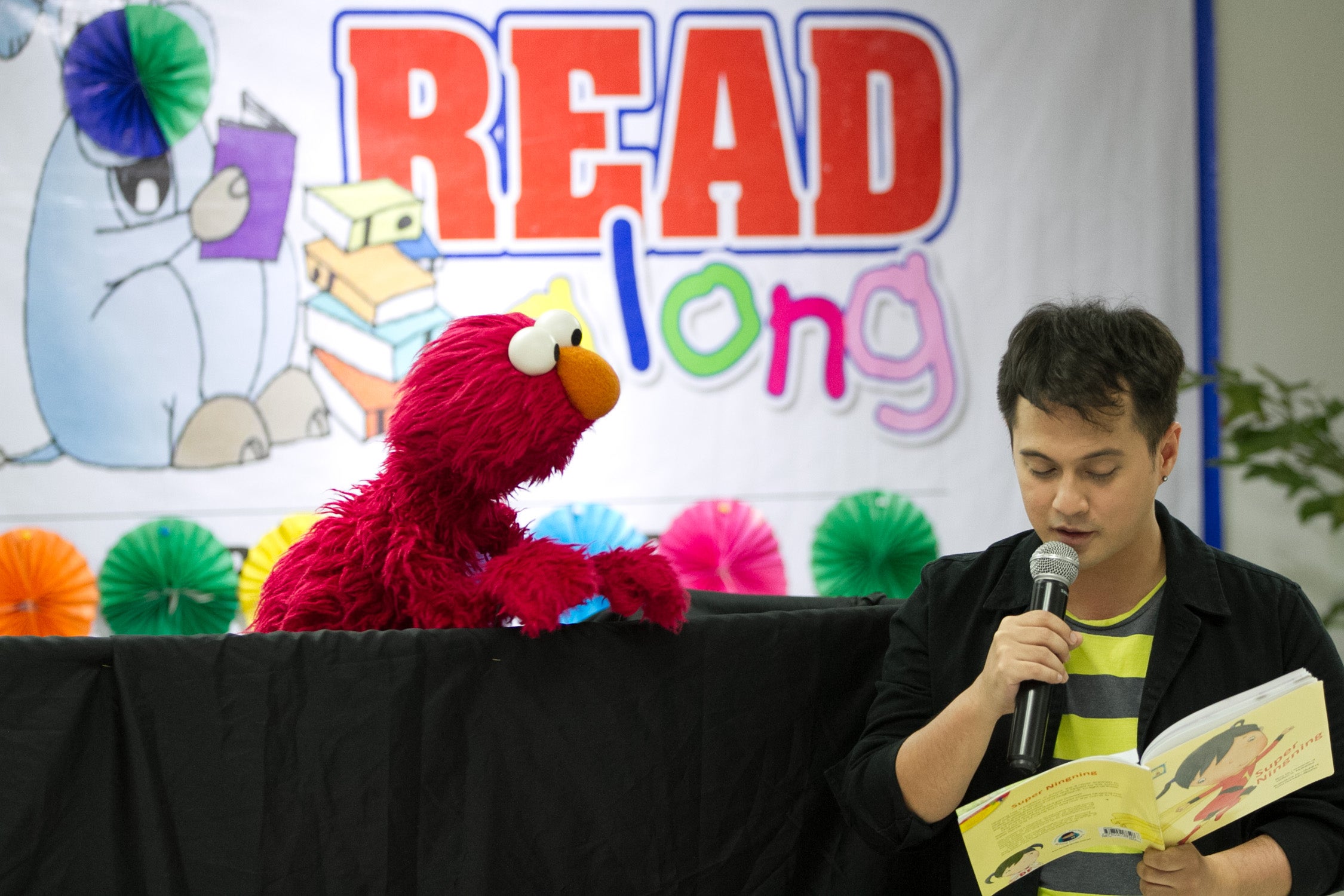 Sesame Street’s furry red monster inspired some 50 kids to spread kindness and share the laughter during a special Inquirer Read-Along session at Inquirer’s main office in Makati on Tuesday morning.

Elmo joined veteran storyteller Rich Rodriguez of Ang Pinoy Storytellers in reading the story entitled “Super Ningning” by Liwliwa Malabed. It is about a young girl who wishes to have superpowers to defeat school bullies but later realizes that being kind and compassionate to others matter more.

The pupils from Sophia School in Meycauayan, Bulacan were delighted to interact with Elmo as the three-year-old Sesame Street character made jolly reactions during the storytelling.

Elmo is visiting the country for the first time to launch his “Spread Kindness, #ShareTheLaughter” campaign, a year-long global multimedia campaign of Sesame Workshop, the nonprofit media and educational organization behind the children’s show Sesame Street.

Throughout the campaign, Elmo will ask friends to spread kindness around the world through the universal language of laughter with his #ShareTheLaughter tell-a-joke challenge.

“Sesame Workshop recently conducted a national survey that found parents and teachers are worried that children are living in an unkind world and that people don’t go out of their way to help others,” said Scott Chambers, Senior Vice President/General Manager of North America Media and Licensing in a statement.

“The world could use a little more kindness. Elmo and all of us at Sesame Street have resolved to spread as much as we can through a fun, kid-friendly campaign that anyone can join,” Chambers added.

LIVE: Sesame Street’s Elmo reads along with kids at Inquirer