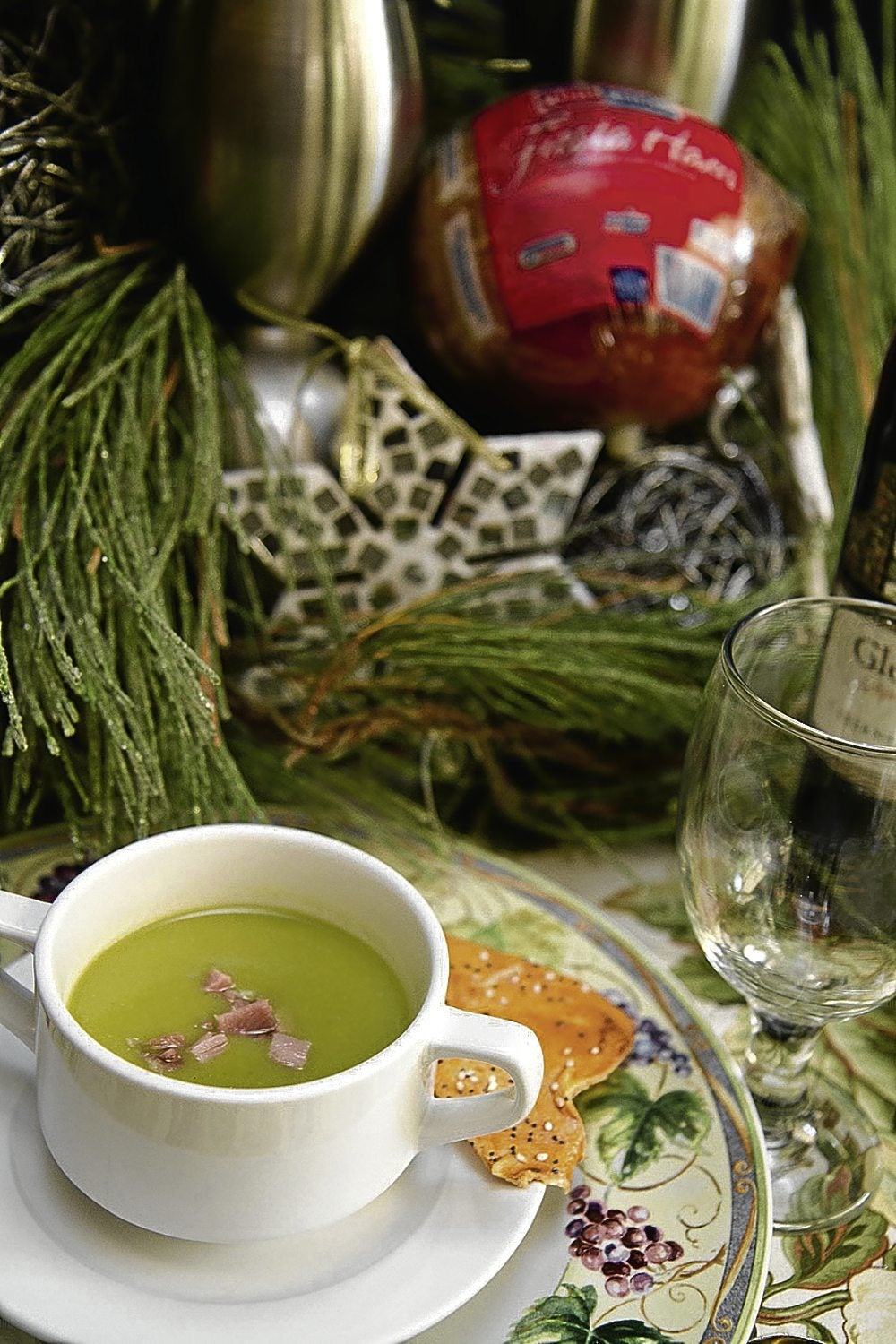 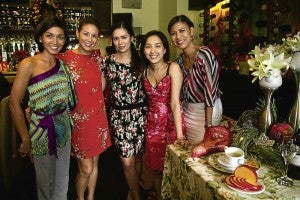 Christmas is a time for good food, and, of course, great ham. For celebrity moms Barbie Almalbis-Honasan, Suzi Entrata-Abrera and Danica Sotto-Pingris, the Noche Buena ham is festive food that delights both kids and adults in their families.

Some like it pan-roasted with a little sugar, while most eat it right off after slicing. Others like it eaten with rice as ulam; still others, as filling for pan de sal. There are those who use condiments like mayo, mustard or a dash of hot sauce to counter the ham’s sweetness.

However you want it, the traditional ham is known as a “happy food.” Purefoods group product manager Ma. Mirabel Q. Calaranan said the brand’s Fiesta Ham has been a consistent holiday bestseller since the ’80s.

Almalbis, musician and mother of two kids, said the ham is a centerpiece in their Christmas dinners—and she and her family attend three. Fitness advocate and TV host Abrera said it 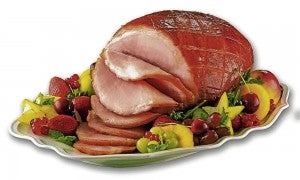 is okay to give in and have some sweet ham during holidays. Pingris, meanwhile, who cooks a lot at home, likes to serve ham to her husband Marc, a basketball player who has a big appetite.

Calaranan said the round 1-kg Fiesta Ham is still the bestseller all year round (people buy on “off-peak” months for birthdays, weddings, fiestas) and they sell up to a million kilos of ham a year. The new items are intended for those who want variety, value and convenience. 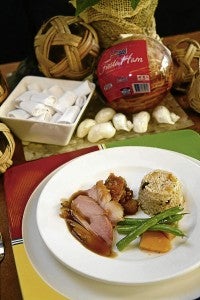 “The sliced ham variants are great for busy moms. These can be used as ingredients for other dishes or baon sandwiches, and are the right size for small gatherings,” she said. “The grand bone-in ham that is sold at 3-3.5 kilos each is for bigger occasions, like reunions.”

The entrée was Glazed Ham with Candied Sweet Potato Gravy with siding of rice with dried fruits. Dessert was the classic Via Mare mini bibingkang galapong topped with ham and quezo de bola bits. 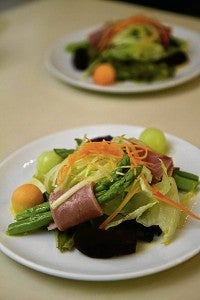 1 Fiesta Ham Bone-in with some meat left in it 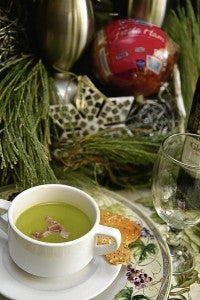 Rinse the split peas under cold running water. Place the peas in a large pan and add water to cover. Bring to boil for 2 minutes. Remove the pan from heat and leave to soak for 1 hour. Drain.

Return the peas to the pan and add the measured water, Fiesta Ham Bone-In, onion, leeks, celery, a couple sprigs of parsley, salt, peppercorn and bay leaves. Bring to boil, then reduce heat and cover. Simmer gently for 1.5 hours until the peas are tender. Skim occasionally.

Remove the bay leaves and the Fiesta Ham Bone-In from the soup. Cut the meat off the bone, discarding any fat, and chop the meat into small cubes. Set the meat aside. Discard bone and bay leaves.

Purée the soup in batches in a food processor or blender. Pour into a clean saucepan and add the chopped ham. Check the seasoning. Simmer the soup for 3-4 minutes to heat it through before serving. Garnish with parsley.

Top with slices of Fiesta Ham.