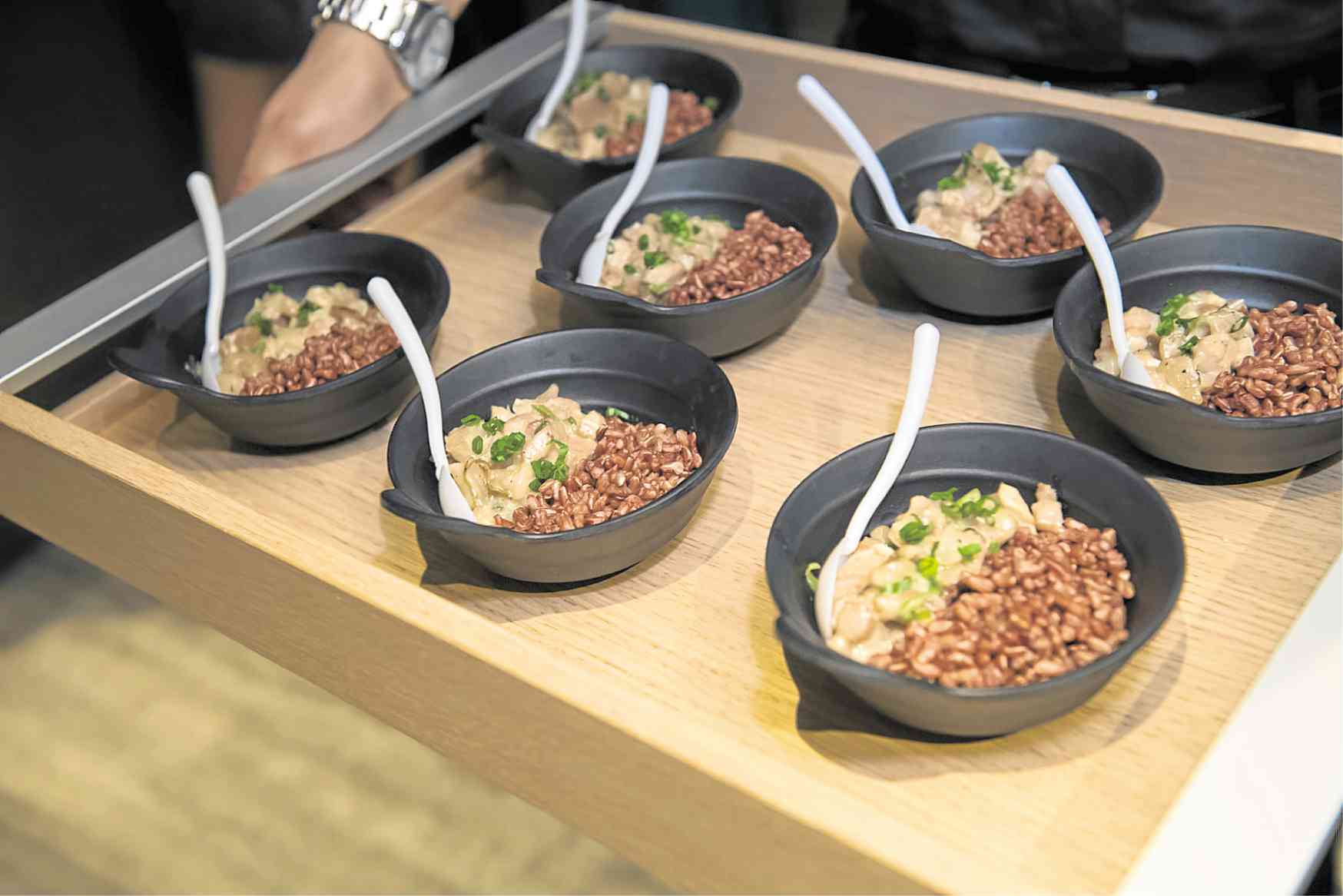 Umberto Bombana, the chef behind the only Italian restaurant outside of that country to have received three stars from the Michelin Guide, was gushing about the cheese spread.

David Lai of The Neighbourhood, a Hong Kong hot spot, kept coming back to the kitchen to have more servings of adobo.

The Grassroots Pantry’s Peggy Chan, meanwhile, took delight in the duo of coconut desserts, while Richard Ekkebus of Amber, No. 24 in Asia’s 50 Best Restaurants list, arrived early and consequently got first dibs at the lechon.

These were some of the memorable scenes in last week’s “Kain Na” at the House of Madison in Hong Kong, an event that celebrated Filipino cuisine and produce.

It was a collective effort of three powerhouse Filipino women: Berna Romulo-Puyat of the Department of Agriculture; Margarita Forés, who prepared the dishes; and Cathy Chon, managing director of Catch On, who was responsible for packing the Wolf and Sub-Zero kitchen showroom with key figures in the industry.

The idea for “Kain Na” came about two years ago, but it pushed through only this year
—perfect timing since Filipino cuisine has been gaining interest and attention around the world.

A few months back, a feature ran in South China Morning Post, on how Hong Kong chefs wanted to get their hands on Philippine heirloom rice: “At Kin’s Kitchen, chef and owner Lau Chun offers several types of rice with his Cantonese dishes, including grains from Taiwan and Japan. He’s eager to serve rice from the Philippines—if only he could get it. ‘The grains are not polished, so they have a chewy texture and more intense flavor, very nutty,’ he says of the black, brown and red Philippine rice he’s tasted.”

“‘Kain Na’ aims to promote our agriculture produce,” she said. “Hong Kong is one of our trading partners where we export lapu-lapu, crabs, tuna, pineapple, fresh bananas, lobsters and mangoes. We want to increase our market share as well as acquaint them with other products like pili nuts and adlai.”

Seeing how the guests raved about the food served that night and inquired about the components of the dishes, Puyat was apparently successful.

Forés and her formidable team helped, as they prepared a spread that highlighted some of the most famous Filipino cuisines.

Philippine tuna, bought at Wan Chai Market, was diced and tossed in smoked vinegar, with sliced peppers and Boy Bawang. Sinigang broth that’s been soured by batwan was served in shots, with skewers of blanched shrimps and vegetables.

Other items that guests repeatedly went back to included the pork sisig with heirloom red rice; the Malagos cheese spread served with local jams, pili nuts and cashews; and the thin slices of etag, which is guava and pine-smoked pork from the mountain of Sagada.

Dessert showcased coconut, one of our top exports—suman with fresh mango and pulot crumble, and a modern take on maja blanca with sugarcane molasses from Iloilo.

CMBV Confectionaires Co. laid out a range of pralines, including one filled with santol membrillo, and another flavored with gumamela.

Apart from acclaimed chefs like Fabio Bardi, pastry chef at 81/2 Otto e Mezzo, and Danny Yip of The Chairman, as well as Filipino chefs based in Hong Kong such as Jeff Claudio from Yardbird and Patrick Leaño from Mandarin Grill + Bar, also around were representatives from top media outfits, including Hong Kong Tatler, China Daily and Tasting Kitchen. —CONTRIBUTED