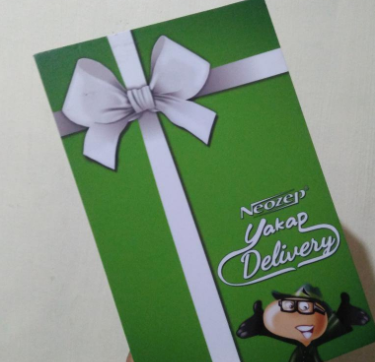 The ‘yakap’ every hardworking Filipino deserves

Filipinos are some of the most hardworking people you’ll encounter on the planet. Every day they endure terrible public transportation queues, hellish traffic, and challenging workload just to be able to provide for their families. And even when they’re feeling under the weather; they hesitate to call in sick because they worry about the loss of income for the day.

Even the typhoons that come around this time of the year don’t stop them from going to work. But once Rhinovirus, the most rampant virus causing colds hits them this rainy season, they have no choice but to slow down. And so when one’s immunity is already low and colds virus hits, it’s not just clogged or runny nose that brings one down but also associated symptoms like headache, fever, sore throat and watery eyes. The struggle to work then becomes more real as seen in these tweets:

Thankfully, one brand was actively listening to their struggles on social media. In fact they weren’t just listening but were also preparing a warm surprise for these unsung heroes.

Through the Yakap Delivery, Neozep sent out yakap packages to over a hundred people suffering from colds across the country. The package came with packs of Neozep Non-Drowsy and Neozep Forte, plus a limited edition tumbler that is sure to come in handy as people with colds need to drink plenty of water. There’s even a thoughtful note that reminds them to take their Neozep every 6 hours – Neozep Non-Drowsy when at work and Neozep Forte when they get home to quickly chase their colds away. 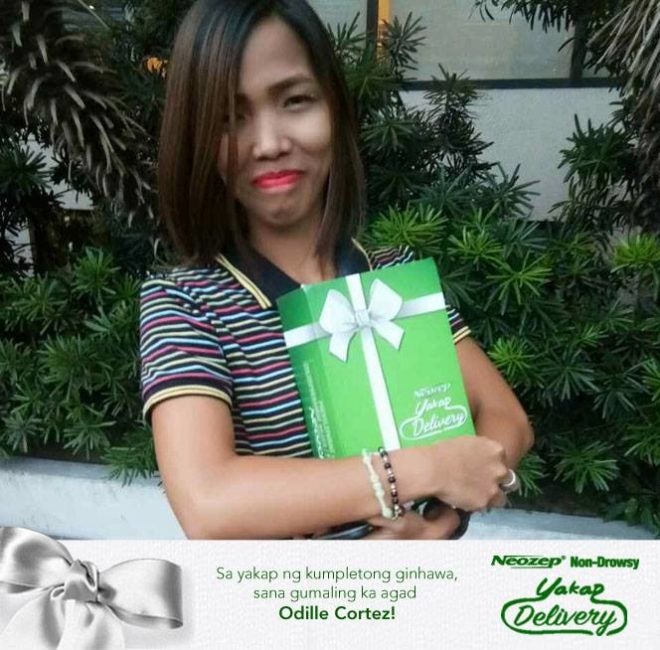 Recipient Odille Cortez, a Team Leader who was at work when she received the Yakap Delivery, said she was extremely thankful to Neozep because if not for the yakap packs of medicine that came in that day, she wouldn’t have been able to finish her reports. According to Ms. Cortez, she often experiences difficulty in breathing when she has colds and this hinders her from accomplishing her tasks on time. She also shared that the yakap package she received from Neozep helped not only her but another officemate who’s also suffering from colds that time. 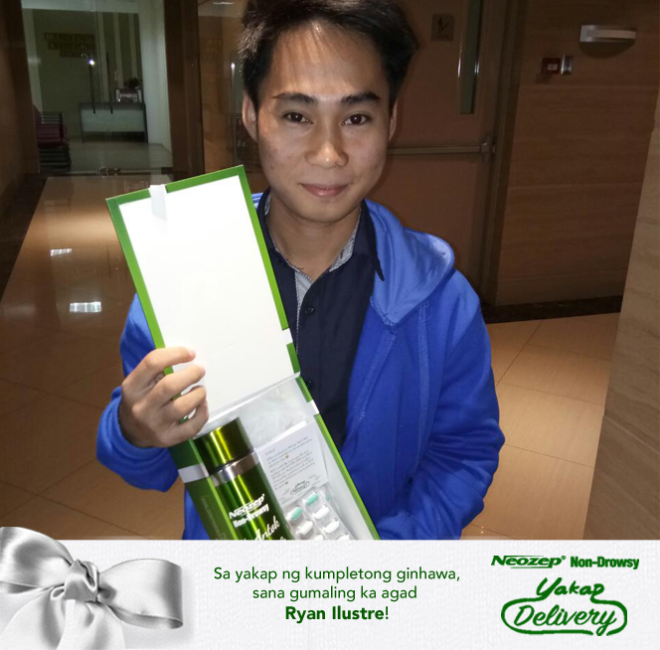 Accounting Staff, and another recipient of the Yakap Delivery, Ryan Ilustre said the note included in the yakap package helped him a lot as he wasn’t aware of the recommended time interval in between every Neozep intake. Thanks to it he now knows the most effective way to treat colds. But apart from the note, he was also happy about the tumbler, which he still uses until today, and more importantly, he felt much better as he didn’t have to endure a runny nose while working after taking Neozep Non-Drowsy. 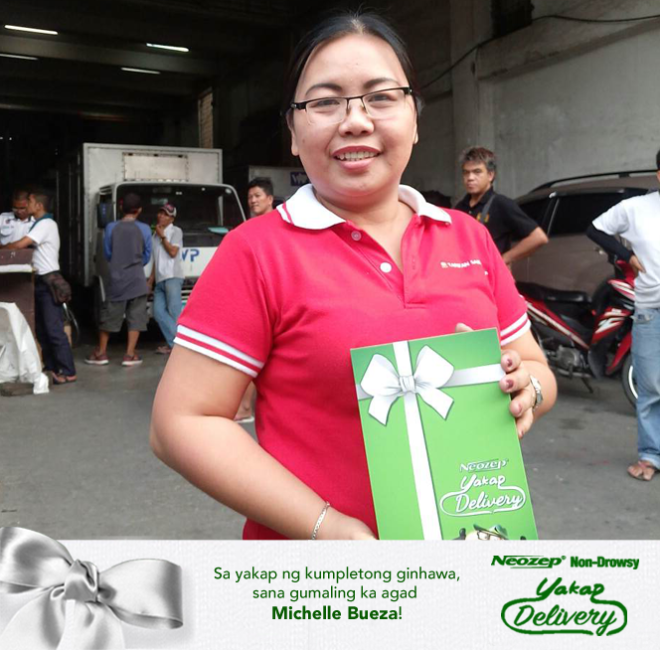 Administration Assistant Michelle Bueza, who suffers from headache every time she’s down with cold, was planning to go home early the day she received the Yakap Delivery from Neozep. But after receiving the yakap package and taking Neozep Non-Drowsy, she was able to finish the entire workday.

For full-time housewife and part-time Street Sweeper Marilou Losentes, treating her cold is always of prime importance as she is the cook of the family and she doesn’t want to spread her colds to her family. Ms. Losentes shared that she was resting when she received the Yakap Delivery but after taking Neozep Non-Drowsy, not only was she able to cook for her family, but she was able to finish all the household chores that day.

Other recipients of the Yakap Delivery include:

Over a hundred hardworking Filipinos from different parts of the country have received the no antok ginhawa for sipon via Yakap Delivery as of date.

It’s true that a simple case of common cold won’t hold back the hardworking Filipino, but this doesn’t mean they have to battle the sickness on their own. For the hardworking warriors who brave the work field every day, there’s Neozep Non-Drowsy for that no antok ginhawa at work; and for the warriors down with a full-blown cold there’s Neozep Forte for a completely rejuvenating rest at home.

Give your loved-ones the warmest hug and help them steer clear of colds this rainy season with Neozep. Follow the official Facebook page of Neozep www.facebook.com/Neozep/ and bookmark www.neozep.com.ph to find out how you can send the Yakap Delivery right at their doorstep.

Never underestimate the power of yakap. Go give one now!