‘A Game of Trolls’: On the other hand, bravo for advocacy | Lifestyle.INQ ❮ ❯ 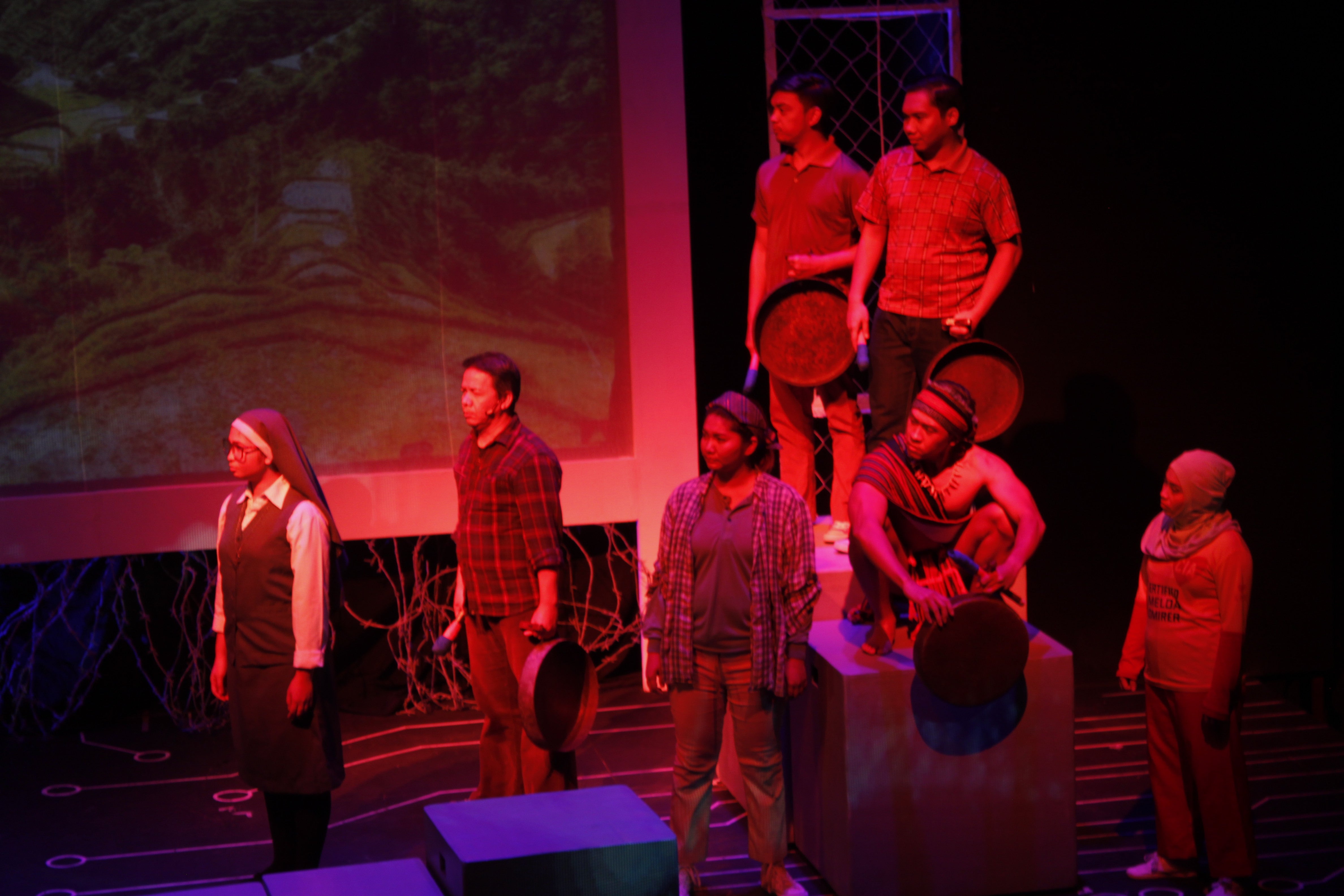 Scene from Peta’s “A Game of Trolls,” written by Liza Magtoto and directed by Maribel Legarda, running until Sept. 30 at the Peta Theater Center. PHOTO COURTESY OF PETA

‘A Game of Trolls’: On the other hand, bravo for advocacy

As advocacies go, “A Game of Trolls,” Philippine Educational Theater Association’s (Peta) latest musical directed by Maribel Legarda and written by Liza Magtoto, is the one show you have to see this month.

For the unaware, the title is a pun on the George R. R. Martin fantasy novel that has been transformed into the phenomenal TV series. But in this musical, the realist background dwarfs the make-believe elements it anchors.

In the present, the protagonist, Hector, is part of a company of trolls who defend Ferdinand Marcos’ dictatorship from posts and comments that dare speak the truth about that despicable era in history. For Hector and his ilk, it’s not selling your soul to the devil if it brings food to the table. “Trabaho lang,” to use the expression.

Top marks for timeliness, then: Peta’s newest martial law musical arrives at a crucial time, in which the revisionist movement to perfume the name of the Marcoses, an act spurred on by the Duterte administration, is in full swing. (Last week, the dead dictator’s birthday was declared a holiday in his home province—Malacañang’s doing, of course.)

As a reminder of our horrific past, the musical is compelling, presenting the atrocities of that time through means as simple as a mother narrating the abuses she suffered, and as novel, if not Dickensian, as the ghosts of martial law victims Dr. Bobby dela Paz and Ed Jopson literally transcending technological barriers.

But this production’s branding—“a martial law musical for millennials”—is its undoing.

The attempts to “freshen up” the milieu are obvious: characters who belong to the target generation, artistic details meant to reflect the party-going and gadget-dependent lifestyle, a love story endowed with dollops of kilig, etc.

Even the story’s emotional bulwark—a mother-and-son relationship embroiled in resentment—unravels like halfhearted melodrama.

To say that old-fashioned sensibilities run this show would be accurate; this musical, though supposedly pegged for the youth, sounds and feels like something that came from their parents’ closets.

The songs (by Vincent de Jesus) don’t resemble anything you’d hear in the airwaves these days; they seem to belong to an earlier era of musical theater (though as that, they are stirring).

In fact, the only time the show thoroughly engaged the high school students who filled the theater (alongside this millennial author) was during the penultimate number: a rap battle. The rest of the time, it was like they were in history class, passively watching the lesson unfold.

The efforts to tie up the past with the present are laudable. Halfway through, a long-haired showgirl in army fatigues who may or may not remind you of Mocha Uson facilitates a dream sequence involving torture methods. And a song centered on the extrajudicial killings condoned by today’s government opens Act II.

Unfortunately, this dive into current events doesn’t feel fully explored. Though clearly fueled by the noblest intentions, the musical ends up way more confident when it journeys back in time than when it is making sense of the present.

The facts are irrefutable: The reign of the Marcoses was the rule of murderous despots and plunderers who don’t belong in an imagined gray area of the national consciousness, but in prison. The musical trying to tell that to a new generation, however, is a less certain creature.