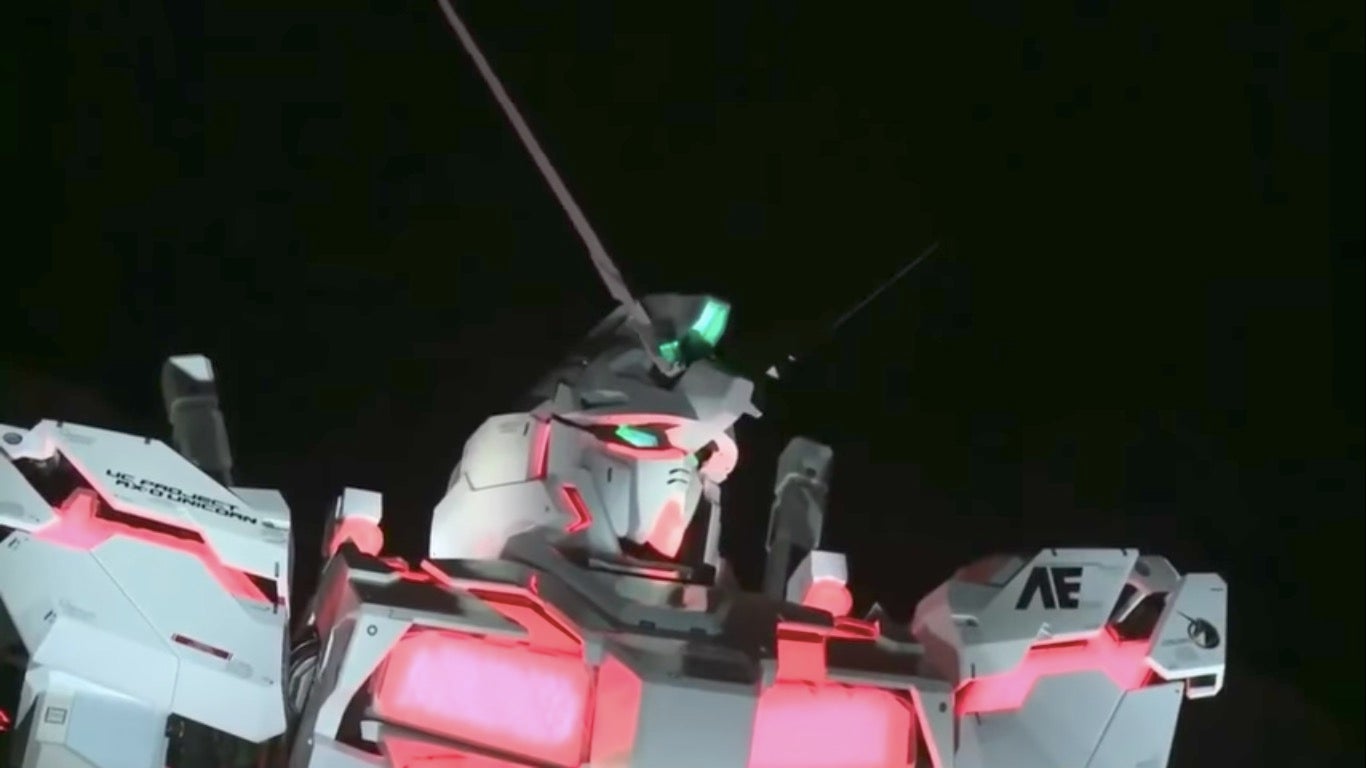 The completed “Unicorn Gundam” statue in Tokyo was finally revealed during a ceremony held on the eve of Sept. 23 at Tokyo’s Odaiba island, in front of DiverCity Tokyo Plaza.

Sunrise president Yasuo Miyakawa also revealed that a new “Gundam Unicorn” project is in the works. Details of this new project will be announced next spring.

The “RX-0 Unicorn Gundam Ver. TWC” stands at 19.7 meters tall. It has a “Unicorn Mode” and “Destroy Mode” similar to its anime counterpart. Over fifty points on the statue are equipped with moving panels to facilitate the transformation between the two modes.

This RX-0 statue replaced the previous RX-78-2 Gundam statue, which stood in the same spot for almost five years since 2012. Alfred Bayle/JB