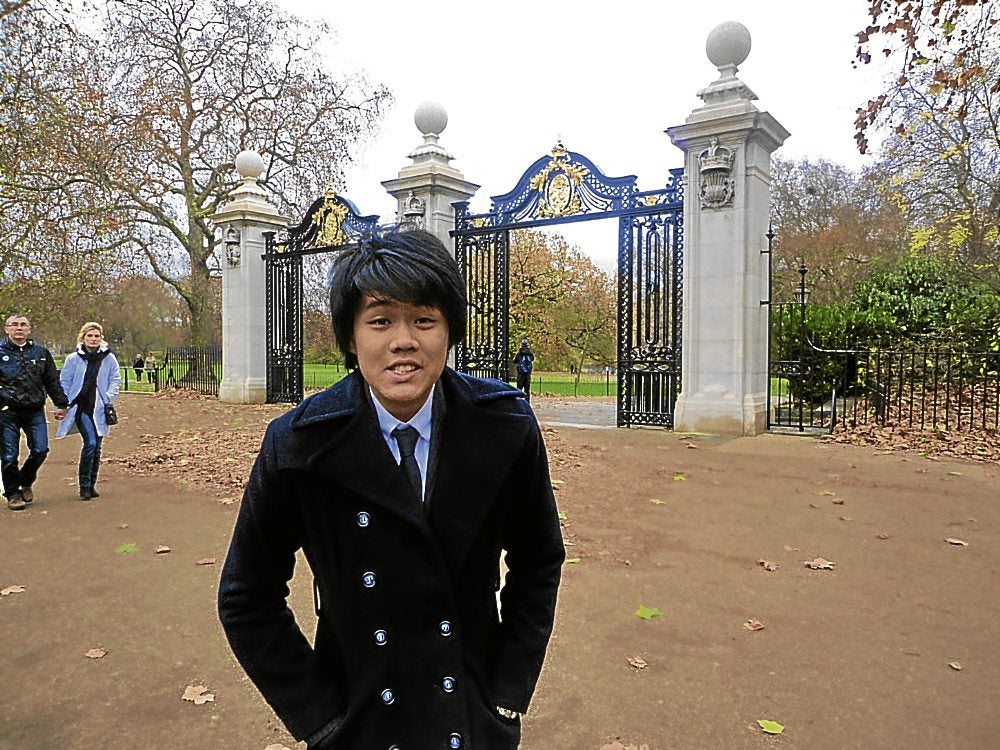 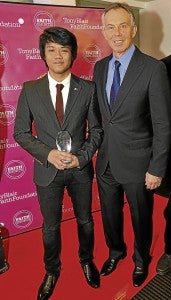 Twitter and Facebook feeds went wild last week when 19-year-old Paulo Reyes bagged first prize in the family category at the Tony Blair Faith Foundation global film competition, Faith Shorts. The awards ceremony for the competition, with the theme “Let me show you how my faith inspires me,” was held Dec. 6 at British Academy of Film and Television Arts.

The panel of judges had 15 distinguished individuals, including Blair himself, Hugh Jackman, Jet Li  and Lord Puttnam.

Paulo’s three-minute film “First Steps to Recovery” presents faith in the face of terminal illness, inspired by some of his own musings on his Christian faith. Forget good vibes and bad vibes; Paulo’s film concisely presents the real deal.

The junior majoring in Film at Puttnam School of Film, La Salle College of the Arts, Singapore, joined Faith Shorts upon receiving an e-mail from his lecturer on a call for entries, and felt it was the opportunity he had been waiting for to get his name out internationally.

And get it out, he did. Here, Paulo talks about his short film, its inspiration, and Oscar-winning producer Lord Puttnam’s advice to an industry neophyte.

How did you come up with the story?

I was going through a tough time that period. I was dealing with having to readjust to new surroundings. This made me very unsure of my future. I wrote the character of the little boy based on who I eventually wanted to become after what I was going through: a little boy with big faith.

What message did you want to get across?

I really wanted to say that faith is not just believing that God will pull through for us; it’s also putting your complete trust in Him even if He doesn’t (help you pull through).

Why did you feel that this message was important to share, as a Filipino entering an international short film competition?

I believe this is an important point to share not just for Filipinos, but for everyone around the world. I’d also like to share the film as encouragement to the Filipino people; just because our country is going through a rough time doesn’t mean that there is no God. I believe that these issues shouldn’t take us away from Him, but it should bring us closer to Him.

How did your own faith influence the making of your short film?

The whole journey of this short film, from the writing, to the awards ceremony, was a journey of faith. It was a global competition with entries from the world over and there were some great entries out there.

It felt great when I won, of course! The people in my category had really good stories. I am just very grateful that I won. Tony Blair is such a fine gentleman. He’s very humble, and I was

honored to meet him. I also had the chance to meet Lord David Puttnam. I was starstruck when I met him. He is one of the people I look up to in the industry. He told me to savor this moment well, but get back to work as soon as possible.

What’s next for you?

Now that I’m back at home, I’ve already shifted to work mode. It was great winning the competition, but doing nothing won’t get me to my next competition. I do plan to make more films, with faith possibly being a recurring theme. I see myself making more films. I don’t think I’m going to stop anytime soon. I’d like to do this fulltime and hopefully get a nice job right after graduating. What’s your advice to fellow film students and industry hopefuls?

The best way to start working towards becoming a filmmaker is to start making films. One can tell stories through a whole variety of mediums, but the best way to start is to actually take that first step and just do it. Practice is required if you want to master your craft. And always try to stay inspired. Go out for a nice walk, talk to people, read books. And finally, stay humble. Talent can get you places, but it’s character that will keep you there.