When the times call, once again, for ‘The Crucible’ | Lifestyle.INQ ❮ ❯ 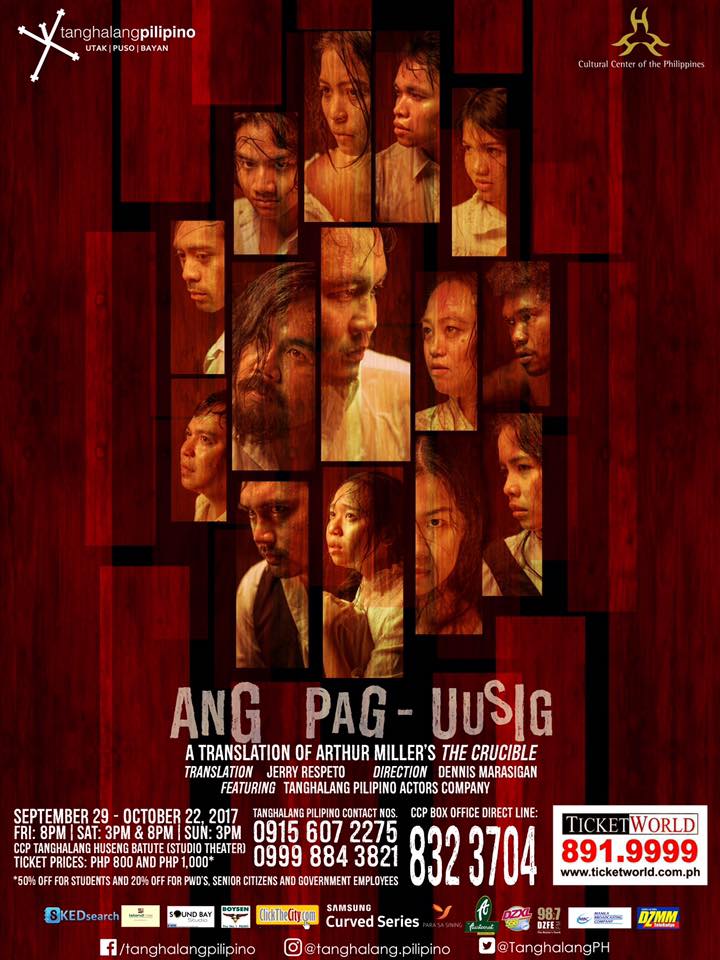 When the times call, once again, for ‘The Crucible’ 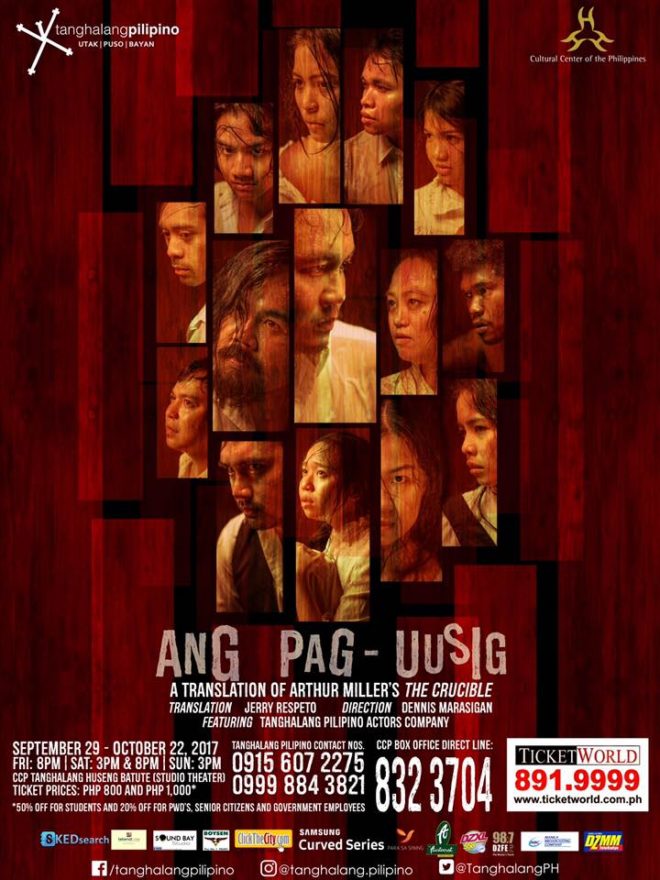 A few years back, a poll listed Arthur Miller’s “Death of a Salesman” as the best play from the last century. “The Crucible” ranked sixth—but, curiously enough, it has come to be the author’s most produced work.

On the surface, “The Crucible” is a dramatization of the 17th-century witch hunts in Salem, Massachusetts. But when Miller wrote the play, America was prosecuting alleged communists. Similar to what happened in Salem, people with the same beliefs—who knew each other and were friends, neighbors and relations in a small community—were slowly set apart, their relationships destroyed because of accusations that were truly unbelievable, but which became ingrained and widespread due to apathy at first, and then fear afterward, among the townspeople.

For Miller, the witch hunts provided a metaphor for what was happening in 1950s America.

But is “The Crucible” a political play?

Miller himself said yes, but in a particular sense. He noted that the play has often been done in Latin America just before a dictatorship is about to take over, as a warning, and just after one has been overthrown, as a reminder.

Miller also recounted a story in which a Chinese dissident was able to watch the play in translation in France, and could not believe it was not written by another Chinese dissident. The questions posed to those who were accused in Salem were practically the same ones she had been asked when she herself was interrogated.

“The Crucible,” Miller said, is a political play—but not in terms of Left and Right. Its underlying reference is to political paranoia, and whichever side makes use of that source of power.

Paranoia has a power and it rises not basically from ravings about plots and hidden conspiracies, but from the grain of recognizable fact around which the fantasies are woven.

“The paranoid feels endangered by some person or group mysteriously controlling his actions despite his will,” wrote Miller. “His violence is therefore always defensive, trained against an oppressor who means to kill him before he can kill them. His job is therefore to unmask and disarm, to find the seemingly innocent traces of the pervading malevolence, and he comes to recognize hostility even in the way a person folds his hands or turns his head. His only hope is power, power to neutralize the dangers around him. Naturally, since those dangers can be anywhere, his power must also be total in order to work.”

It’s not surprising that Tanghalang Pilipino, the resident theater company of the Cultural Center of the Philippines, unveils this month a new production of “The Crucible” in a new Filipino translation (“Ang Pag-uusig”) by Jerry Respeto.

With the threat of the return of martial law hanging over the country, “The Crucible” may serve as a timely warning that we live in a time when the paranoid—who in normal times might end up merely in an institution—“can rise to the leadership of a society which is really insecure and at a loss as to the causes of its spiritual debility.”

Through the play, we may get to know how fear may be born and engendered. As Miller himself said: “Given the ‘cause’ we can act, and thus keep ourselves from flying apart altogether.” —CONTRIBUTED