This ‘Sound of Music’ is alive with the voices of Pinoy kids—all 18 of them | Lifestyle.INQ ❮ ❯ 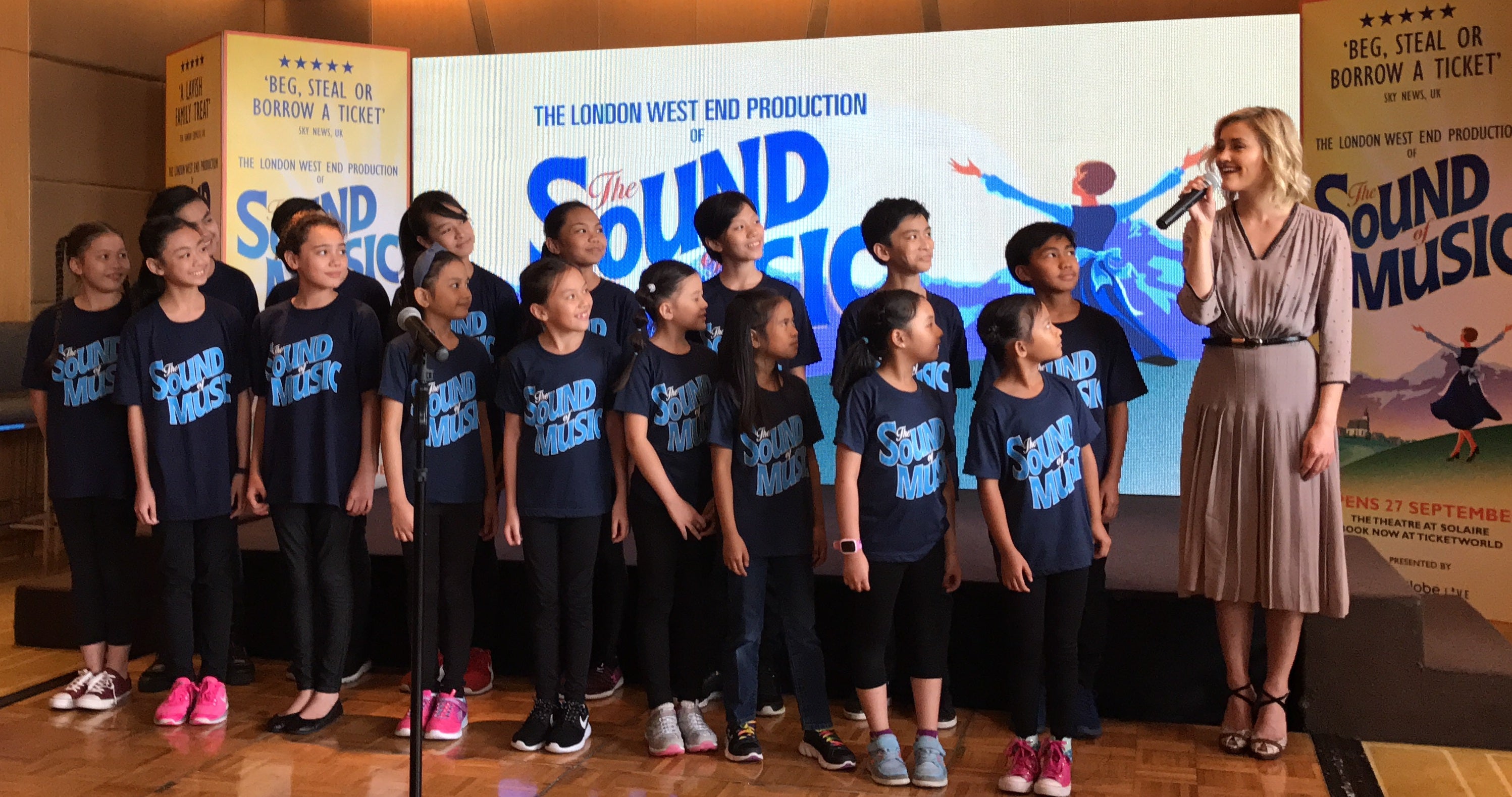 Eighteen Filipino kids are playing their dream roles as the Von Trapp children in the latest Manila staging of “The Sound of Music,” the classic Rodgers and Hammerstein musical ongoing until Oct. 15 at The Theatre at Solaire.

Based on the memoir of Maria von Trapp, “The Sound of Music” is the story of a young governess—really a failed nun—who makes the patriarch Captain Von Trapp and his seven children fall in love with her through her passion for life and music.

Perhaps it’s the music of Richard Rodgers and lyrics by Oscar Hammerstein II, or the book by Howard Lindsay and Russel Crouse, that have ensured the musical’s lasting appeal since its Broadway debut in 1959, followed by the hit movie adaptation starring Julie Andrews in 1965.

But for Carmen Pretorius, the South African actress tasked with playing the lead role of Maria in the touring production, it’s all about the kids.

“The kids, really, are the stars of the show,” she said. “Also, ‘The Sound of Music’ is cherished by the world because the music is lyrical and descriptive. It just draws you in.”

For the chosen children, playing a Von Trapp kid is a well-earned reward after the rigors of three rounds of auditions with the show’s resident director Jonny Bowles.

Out of some 400 kids who tried out, 18 made it. One comes from as far as Negros Occidental—Kyle Robert Rafanan, who is playing the “impossible” young man Friedrich. He alternates with Orenci Ken Soleta and Joseph Alexander Leggatt.

Second to the youngest Marta is played by Samantha Lagman, Leani Columna and Princess Aliyah Rabara, while the shy and sweet Gretl is played by Jia Ruth Lauren Condino, Alysha Mari Africa and Faline Dorado.

Many of the kids are young professionals who have been acting on TV and in theater. Brimner was in “Annie” and the movie “Honor Thy Father.” Dorado was also in “Annie.” Cortez was in “Newsies” and “Hansel and Gretel.” Most of them knew about “The Sound of Music” from their parents and grandparents.

Casting these kids makes the well-loved musical even more endearing to the Filipino audience, said Anna Yulo, marketing executive of Concertus Manila, which is co-producing the show’s Manila run.

So, how does one play Maria on stage?

Pretorius was given one valuable instruction: “Don’t try to be Julie Andrews.”

“Maria is an incredibly special human being,” Pretorius pointed out. “It’s important for me to find truth in a role I’m portraying, so I find a moment in my own life and access those emotions to channel on stage.”

Her “Sound of Music” stint started with playing Liesl, the eldest of the Von Trapp children who gets to sing the coming-of-age song “Sixteen Going on Seventeen” (her fellow South African actress Zoe Beavon is currently playing Liesl).

Pretorius toured as Liesl in the show’s South Africa, New Zealand, Singapore and China staging, before assuming the role of Maria, for which she practices some tried-and-tested backstage rituals.

“I have to be in complete costume way ahead. I stretch in my costume, jump around and make sure my wig’s not gonna come off,” she said. “And I’ve never put shoes on any table—it’s just bad luck.”

She has played Maria in “The Sound of Music’s” runs in China, Hong Kong and Indonesia, and hopes the Filipino audience will enjoy the show, since its themes are “so universal that anybody, young and old, can relate to—love, war, music, growth, passion, family, children, nature.”

She has given two tips to the Pinoy Von Trapp kids:

First, “always watch and learn. Look at your fellow actors, watch how they deal with each other, how they are when they’re alone. Spot valuable moments.”