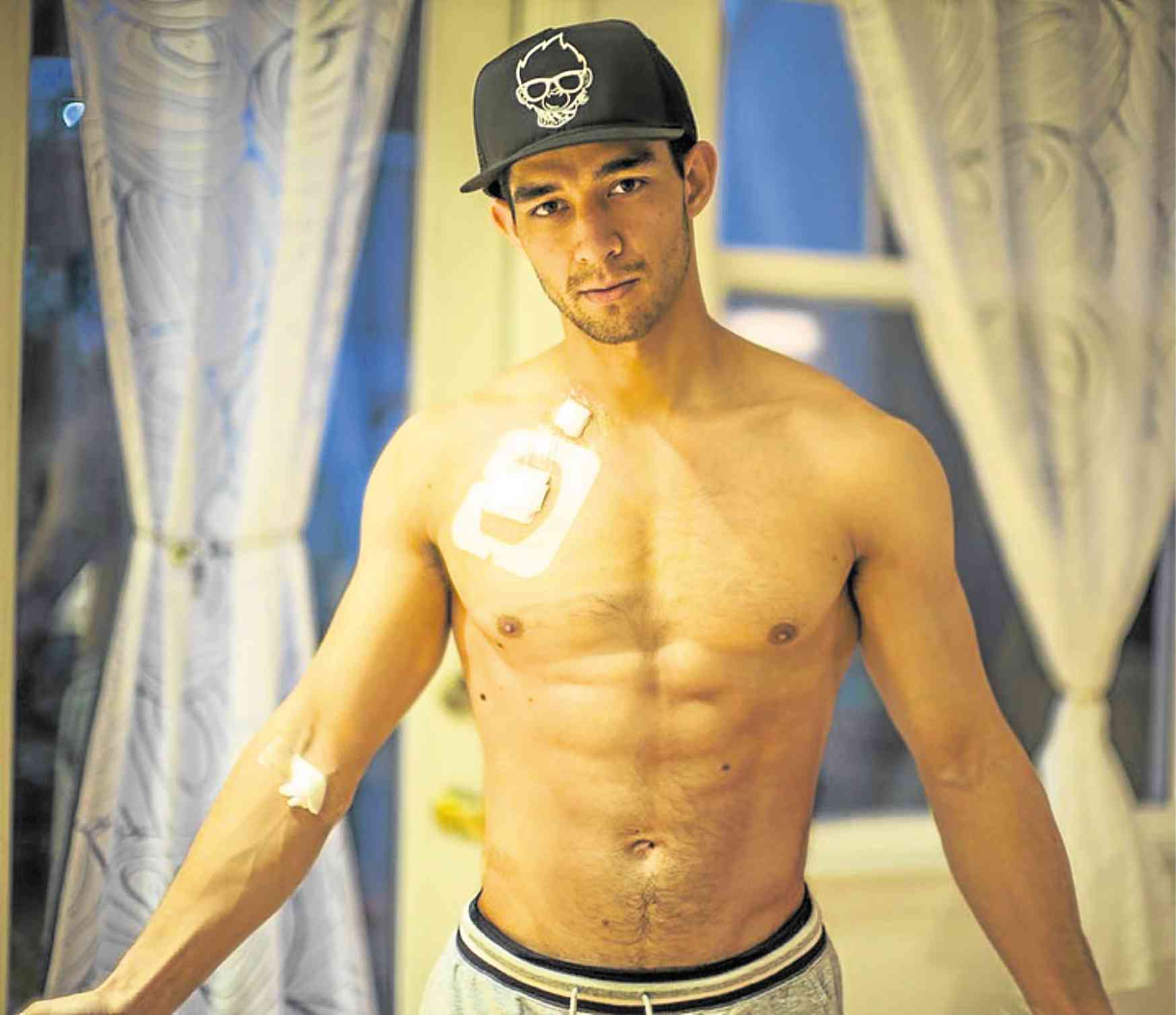 “Feeling like a half human robot Cyborg,” says Wil, whose veins got implanted with a metal port for chemo.

The power of Wil

But instead the vlog series by Wil Lising Dasovich—the Fil-Am YouTube sensation who took home top honors, including 2017 Influencer of the Year, at the Influence Asia event in Malaysia held annually to honor achievements in the region’s social media landscape—has evolved from just capturing the adventures of a young foreigner in Southeast Asia to a chronicle of living with a life-threatening illness.

The 26-year-old has now been living with the rest of the #Dasofam, a hashtag that refers to mudra Charry (who hails from Mindoro), pudra Steve (a son of Croatian immigrants), and older sister and fellow vlogger Haley. They are at the core of the solid support system for the youngest Dasovich who has recently begun cancer treatment.

“As tough as it was for me to take that (diagnosis) in, it’s not going to stop me from having fun, being myself and continuing to do what makes me happy… which is why I choose to continue vlogging as long as I’m able to,” said Dasovich in one of his recent posts.

“If there’s anything I want to do, if there’s any dreams I still have left, I still wanna hit a million [subscribers on my YouTube channel]… anything’s possible.”

In a succeeding entry he further explained: “Aside from health, it’s important to continue to have goals, anything to work toward  because that’s what’s gonna keep you going. This can be applied to anyone regardless of their situation. The best way to stay productive is to have an incentive… that’s why I’m going for gold.”

The YouTube hardware, he said, was equivalent to the plaques that music artists get for reaching platinum or gold standards, or the “bestseller” stamps on books for authors.

But just to be clear, he said: “The goal is to make meaningful content that can reach and inspire as many people as possible. The gold Play Button is just the physical additional incentive, a symbol of all the effort [and] dedication you had to sacrifice to get there… Vlogging is my art. It’s what keeps me going.”

The latest vlogs have shown Dasovich looking weak and vulnerable but also at his goofy best despite the often painful or uncomfortable medical procedures like multiple blood extractions, MRI scanning, having his chest attached with a metal port for chemotherapy, and the actual chemo sessions.

“I can’t help but think about and stress the importance of [being surrounded by] positive people and how much that will help you in whatever you’re going through,” he said in one introspective entry.

His regular viewers would know these individuals to include members of the #vlogsquad like Haley, Filipino-Irish model Daniel Marsh and Dasovich’s manager Jako de Leon.

And then there’s Alodia Gosiengfiao, the cosplay celebrity, social media influencer and—at least to fans who have been speculating for some time—the other half of “Wilodia,” who crossed the Atlantic to be with her very close friend.

Gosiengfiao’s all-out support was apparent during her entire stay with the #Dasofam, which included a hilarious trip to the sperm clinic, where Dasovich had saved his own samples owing to the high probability that chemo might affect him in the reproductive department.

The cosplay star also stayed throughout Dasovich’s first long round of chemo, even if she was meant to fly back to Manila in the evening because of work commitments.

“I’ve admired Alodia since the very first conversation I’ve had with her,” said Dasovich shortly after dropping off his rumored girlfriend at the airport.

Wil being Wil, however, no vlog would last the 8, 10, 13 minutes or so duration without the signature “Dasotivity,” a word we’d like to use for the Dasovich way of radiating positivism and energy.

We first met Dasovich in 2015 for a profile interview. At the time one of his YouTube videos—starring him and his very Caucasian-looking pudra speaking beki in the city—had gone viral.

He had been vlogging officially for about two months and was close to ending a series called the “Art of Tagalog.” It showed Dasovich’s time and effort spent to teach himself the language, aided only by basic Filipino language reading materials, Pugad Baboy books, a translation dictionary, and plenty of his own notes on big notebooks and on sheets of paper that he would post on the walls of his bedroom.

The aim had been to learn Filipino in a year, he told us, but it happened in just 10 months out of sheer determination.

Dasovich would compile audio recordings of local telenovelas and downloads of OPM he listens to on the go, while waiting for shoots to start, or in the middle of social gatherings. He said it even came to a point that somebody thought him a racist because he chose to hang out and speak with locals, turning down offers to be introduced to other foreigners.

Though the slang in his pronunciation (e.g. “cheebowg”; “pahsahway ehko,” “true-la-loo w’lang helong ecklavoo”) betrays his place of origin, there’s no questioning Dasovich’s knowledge of the Filipino language. He could express himself either with formal or colloquial words, phrases and complete sentences. He could probably launch into a monologue in gay lingo if he wanted to.

In the viral video titled “Pudra and Kyota,” which showed father and son shopping ukay at Makati Cinema Square, Dasovich admonishes his dad for overthinking what to buy. “Muraya keri lang yun. Ritsela ka, hindi ka purita kashiwara. Kakaimbyerna ka naman.” (Translation: That’s cheap. You are rich, you aren’t poor. You can be annoying.) The entire scene made the store clerks crack up but the Daso duo did not cave in.

Dasovich is a potent goofball. His commitment to vlogging perhaps equals his love of pranks and knack for self-deprecating humor. #ParaSaVlog he and another half-Filipino model, Brian Wilson, once transformed into takatak Santas, dressing up like the Jolly Ol’ Man and volunteering to sub for a highway vendor on Edsa during the Holiday season.

With Marsh in tow, he did the “Trumpets” challenge (without the music of Jason Derulo, mind you), gyrating on a bridge, atop a moving passenger jeepney, and by the riverside where he was tailed by Pinoy kids as if he were the Pied Piper.

Come to think of it, Dasovich could be the modern-day, though contrary, YouTube version of the rather sinister character with the enchanted pipe. Because in Wil’s World, the tunes there are could offer only the magical melodies of positive inspiration and hope.