To the young people who stand to inherit this world as we, seniors, prepare to leave it—when, I must admit, it is beginning to look fascinating and awesome, although strange and unfamiliar at the same time:  Lest we feel derelict as elders, we’d like to pass on words of experience, if not wisdom—thoughts accumulated and lessons learned through the years—that may be useful to life in a shrinking new world, one we ourselves will not see to its hopefully glorious fruition.

Dear millennials, we are your bridge to your immediate past, and, to ensure the connection holds, we are passing on to you a legacy of values and beliefs we tried to live by.

But what could I, for instance, possibly say that could be useful when all things familiar are replaced by artificial intelligence?

The very basic, I guess, is, Never forget you are a being of body and soul and, therefore, belong not only in the physical world but also in the spiritual one. Whatever you do, live your life as a child of God, and you will never get lost.

Our Parent God has a special plan for each of us; may you recognize your place in the scheme of things early enough, so you may help fulfill His wondrous plans for you and the earth itself.

Here are four other seniors whose thoughts I value and respect, offering their own legacies:

Engineer and IT expert 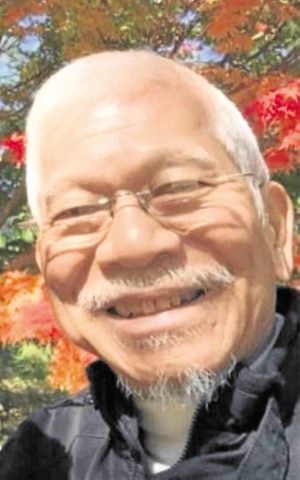 Some of the things I learned in my 77 years:

On happiness: You feel happy when you get something you like; but happiness lasts much longer when you like what you have.

On corruption: Corruption thrives where the justice system is weak. Corruption is least in countries where corrupt people are put behind bars, because, then, lesson would have been learned.

On growing old: There are at least two things you need to do as you grow older—regular exercises and more frequent occasions to laugh. And by the way, growing old doesn’t mean dressing old.

On martial law: The imposition of martial law is an admission of failure. A good and wise leader does not need it to govern successfully. My message to your generation is brief, as it is your genius to keep faith with the virtue of brevity. But your brave new world will require some qualities that the human community has taken long to develop, some good habits which you should try to retain or learn: courtesy in daily life, civility in the public sphere, civic discourse in the new media. And as we discover how much we can learn from the world, there is an even greater need for us to truly love our country.

The “running priest” who fights  injustice About a month ago, I gave the homily in the silver ordination anniversary of a priest friend, Msgr. Rigoberto De Guzman. Since ordination, he has neither acquired nor used a mobile phone. Because of this, he is hardly distracted by special sounds announcing either message or call.

He focuses only on the essentials and most of the time engages in face-to-face communication. Alien to him are the usual complaints of the digital-technological age: low-batt, poor or no signal, slow or weak or no Internet connection at all, social media like Facebook, Instagram, Twitter.

Is he what many would call a walking dinosaur?

No, I would be the first to disagree. For what dinosaur is one who has a ready smile and a listening ear to all? What dinosaur speaks with a low, gentle and almost prayer-like tone of voice? What dinosaur gives you his full, undivided attention (undistracted by a perpetually solicitous cell phone)? What dinosaur is unafraid of missing out on the latest, from breaking news to exotic eats and destinations?

My friend Rig is a quiet revolutionary who challenges me to stick to the essentials especially when it comes to relationships.

Clearly what he does to and for others is a reflection and, more importantly, a result of what he does to, with and for Jesus. If Monsignor Ric has embarked on a life-long gadget-free journey, what would a weekly day or two of digital fasting, solitude and a return to face-to-face conversation do for us and our relationship with others, nature, God, and ourselves? 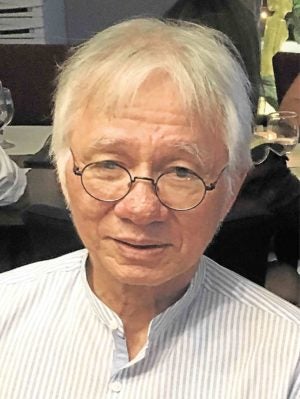 What do I want to impart to millennials? A genuine interest in their nation’s history, that’s what.

Knowing where they come from should give them a better understanding and appreciation of who they are; consequently, it should also give a deeper meaning and greater excitement to their lives. As it is, many of them go through life routinely, even randomly, in any case without perspective, never mind noble purpose, because they are unable to connect it to its historical precedents.

In fact, a disinterest in legacy, in bequeathals from the past, has brought the current disconnect between generations.