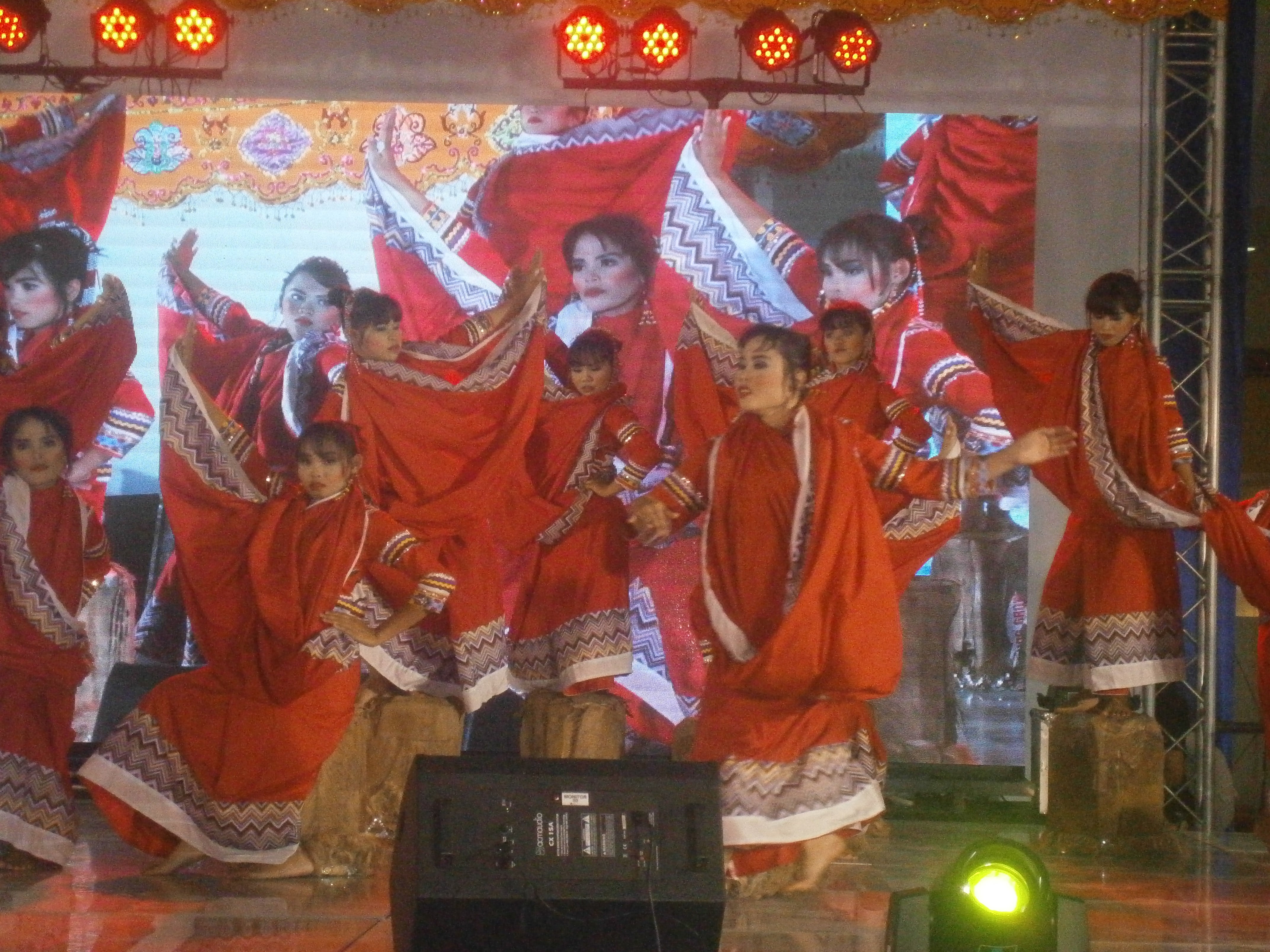 Women dancers in blaze of red

NCCA’s Budayaw fest; A spectacle of Asean music and dance

This was Budayaw, the five-day festival, first of its kind, of the BIMP (Brunei Darussalam-Indonesia-Malaysia-Philippines)–EAGA     (East Asia Growth Area).

Budayaw is an Indonesian-Malayan Bahasa word for festivities while Dayaw is an old Filipino word meaning celebration; indeed it was a celebration of cultural diversity and a shared heritage of the four participating nations.

The event was held in General Santos City in south central Mindanao; it was implemented by the National Commission for Culture and the Arts, Department of Tourism in the region (Soccsksargen), Mindanao Development Authority, and selected partners in the region.

Folk singer Joey Ayala led the choirs in singing the Budayaw theme song which he himself composed. It was a song of gratitude to the great Creator (“Dakilang Manlilikha”) for the gift of life and art, friendship, nature and the animal kingdom; accompanying artist was Bayang Barrios.

Many of the dances depicted the bravery of the men, with their bows and arrows, spears and shields, and the gracefulness of the women, with their swaying hips and exquisite movement of the hands.

The dancers from Davao City impressed one with their bravura production numbers. Also, the Tawi-Tawi group.

The performers from Marawi City received the loudest applause, understandably, being war evacuees. These included the members of Sining Kambayoka, a group based in Mindanao State University (MSU-Marawi) founded by dramatist Frank Rivera. Their adaptation of the “Ramayana” epic was a highlight of the festival.

The Malaysian dancers, brimming with goodwill, had great rapport with the audience, many of them students. The Indonesians had two female vocalists who sang in Filipino, to the delight of the crowd.

The Brunei males performed with precision, clutching coconut shells in a dance similar to our manlalatik. Three women from the same kingdom danced with great skill, each holding a plate with their two hands.

And there was a Grand Chorale Tutti with four choirs from the Philippines and Malaysia.

NCCA chair Virgilio Almario, National Artist for Literature, wrote for the occasion a poem in Filipino (with English translation by Marne Kilates on the screen), employing various metaphors, about how difficult it is to achieve unity, but four nations (in EAGA) are aiming for this objective.

The next Budayaw Festival of Cultures will be held in Malaysia. –CONTRIBUTED