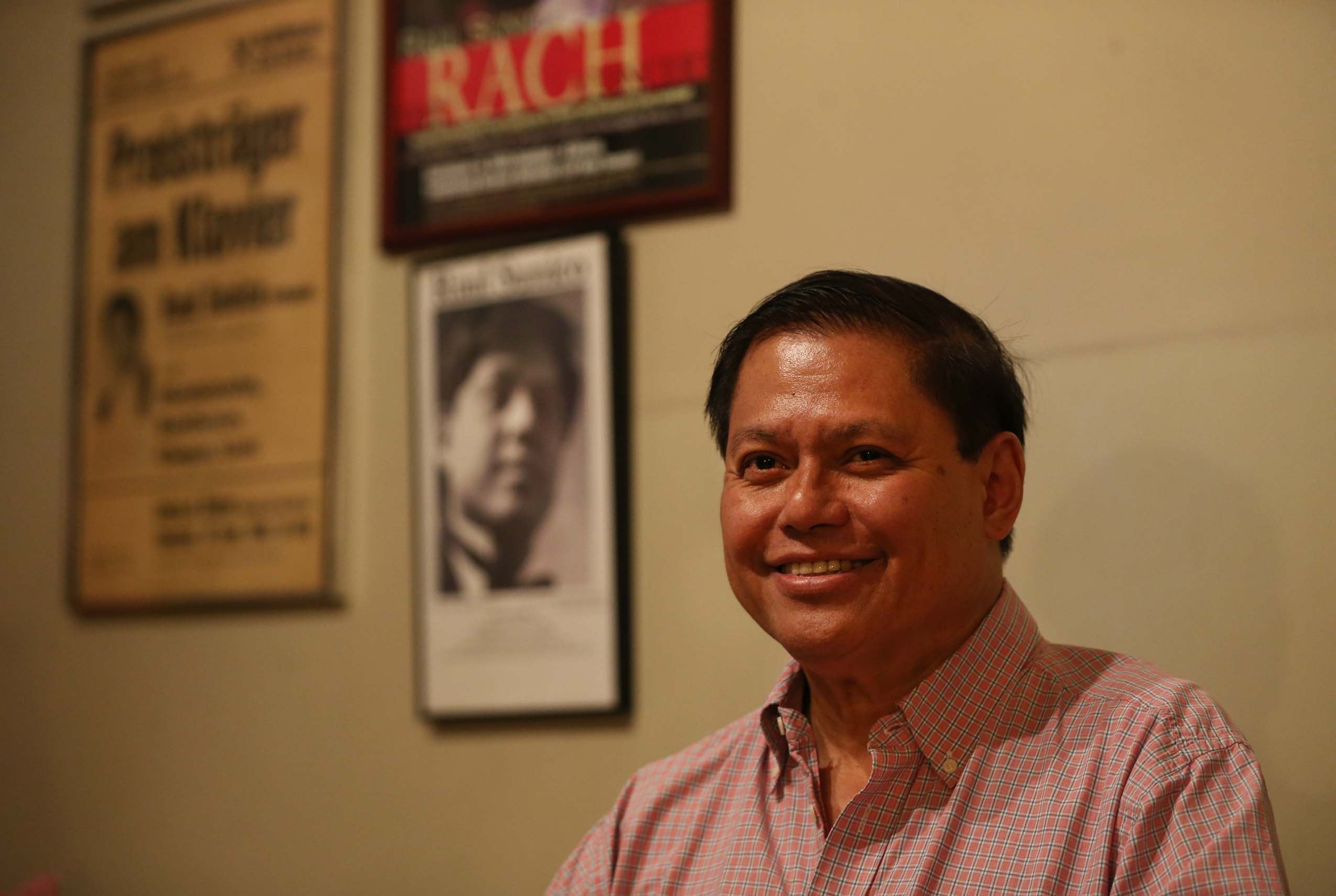 Raul Sunico will have a concert tonight at Makati Shangri-La. PHOTOS BY LYN RILLON

How a world concert pianist, with a master’s degree in statistics, helped move CCP forward

Pianos are like luxury cars,” says Raul Sunico, former president of the Cultural Center of the Philippines. “Like a Mercedes Benz or a BMW, you cannot say one is better than the other. One piano may have a brilliant bass, while another would have a beautiful ringing tone.”

Sunico, an acclaimed concert pianist who has performed in over 20 countries across four continents, knows whereof he speaks. While the differences between pianos may be subtle, experience and talent have given him the ability to detect those subtleties.

Hence, a Fazioli grand piano was one of the treasured acquisitions of the CCP when he was president. Crafted in Italy, the Fazioli is considered one of the best in the world, the choice of top pianists.

“It’s really made for the performer,” says Sunico.

He first encountered the Fazioli and noticed its power and rich timbre when he performed at the Sydney Town Hall in 1995. But he almost forgot about it until he played years later in Amsterdam at De Duif, an old Catholic church and a venue for concerts, where the piano was again a Fazioli.

As if to remind him further, performing in Sydney a few years later, the piano at the Conservatory of Music was still a Fazioli.

“Pianos in concert halls should ideally be replaced every 10 years. Because of wear and tear, their luster, brilliance and sound quality diminish,” he points out. “At the CCP, the pianos had not been replaced (for so long). They were no longer of concert quality.”

It even reached a point in which some artists had to rent pianos from outside rather than play on the one at CCP, says Sunico.

But things have changed, as the CCP now has a Fazioli grand piano, beams Sunico. “At least now we won’t be ashamed to have the best pianists in the world.”

The Fazioli is just one of the many changes Sunico implemented as CCP president. There were many others.

Until a few years ago, much of the CCP was in disrepair: The iconic fountain fronting the main building was not working; the driveway leading up to the main entrance wasn’t usable; the restrooms were dated; and the air-conditioning could hardly keep the main theater at a comfortably cool temperature.

Thanks to Sunico’s successful defense before Congress of a P300-million budget, the CCP got a much needed renovation, its first since 1969.

Now, the façade has been cleaned, the fountain once more sparkles with water, the carpets are new, the restrooms clean and renovated, and the escalators and elevators are in good working order. Vital electrical wiring has also been updated and the cooling system rehabilitated.

In addition, a P600-million subsidy last year will finance (at P450 million) the initial construction of two buildings: the Artists’ Center and Artists’ Theater, which will have a seating capacity of 1,000.

“It was the dream of the former board to have an iconic building in every cluster,” he says. “The Artists’ Center would be one of these.”

The remaining P150 million will be used to complete the Black Box Theater, an experimental theater that will seat 300 and is expected to be operational this year.

Not that obtaining a budget for CCP has been easy.

Every year it was Sunico’s duty to present and defend a proposed budget before Congress. It helped that he not only understands the artistic side of running a cultural center but, having a master’s degree in statistics and being a math wiz, he’s also adept at dealing with the more mundane financial side.

“Every year we had to ask for government subsidy, because with 300 employees, maintenance and operating expenses and capital expenditures, our revenue from rentals and ticket sales was hardly enough,” he explains.

Part of Sunico’s administrative duties also involved grappling with bureaucratic red tape, ensuring that finances for the constructions in the complex are well-managed and aboveboard, and dealing with politicians who decide on the budget.

Such concerns aside, Sunico still managed to stay focused in fulfilling CCP’s mandate to promote artistic excellence and cultural heritage.

During his term, he organized orchestra festivals, band festivals, jazz and woodwind festivals. Early this year, the CCP teamed up with JS Productions to present “Noli Me Tangere,” a full-length opera based on the book of Jose Rizal, with music by Felipe de Leon and libretto by Guillermo Tolentino.

In line with its other mandate to nurture young talents, the CCP has also invited performers from the regions and has acted as conduit for regional cooperation in promoting arts and culture. As part of its outreach program, the CCP sponsored performances of the Philippine Philharmonic Orchestra in Baler and Bacolod.

“We also did a lot of coproductions with theater and music groups as well as with our resident companies such as Ballet Philippines, Bayanihan, Philippine Ballet Theater, Tanghalang Pilipino, the UST Orchestra and the Philippine Philharmonic Orchestra,” says Sunico.

“I’m proud to say that the CCP has always produced a high level of artistic performance, whether by local or foreign artists,” he adds.

Sunico also often represented the country in overseas conventions such as the Senior Officials Meeting for Culture and the Arts (Somca) and, in turn, hosted conferences for the Federation for Asian Cultural Promotions, of which he’s one of the vice chairpersons.

Despite the rich legacy he leaves behind, Sunico modestly refuses to take all the credit: “I may have initiated some of these (projects) but they were team efforts, with other members of the group doing their jobs very well.”

Indeed, were it not for the intrusion of politics, Sunico could have remained as CCP head and continued the work he had so diligently started.

Not that he’s ever in want of something to do, for his calendar remains full. Aside from his recent concerts in Guam, Toronto and Xiamen, he’s scheduled to perform in Paris, Bordeaux, Milan, The Hague and New York. He has also remained in the faculty of UST, where he was dean of the Conservatory of Music for 14 years, and is considering tempting offers for academic positions in other schools.

“When I was still living in New York, I had the patriotic urge to return to the Philippines,” he says. “I knew that, sooner or later, I would be back here.”

True to his word, he returned to Manila for good in 2002. And what a difference that has been to Philippine art and music.