Bridge of discord between Croatia and Bosnia | Lifestyle.INQ ❮ ❯ 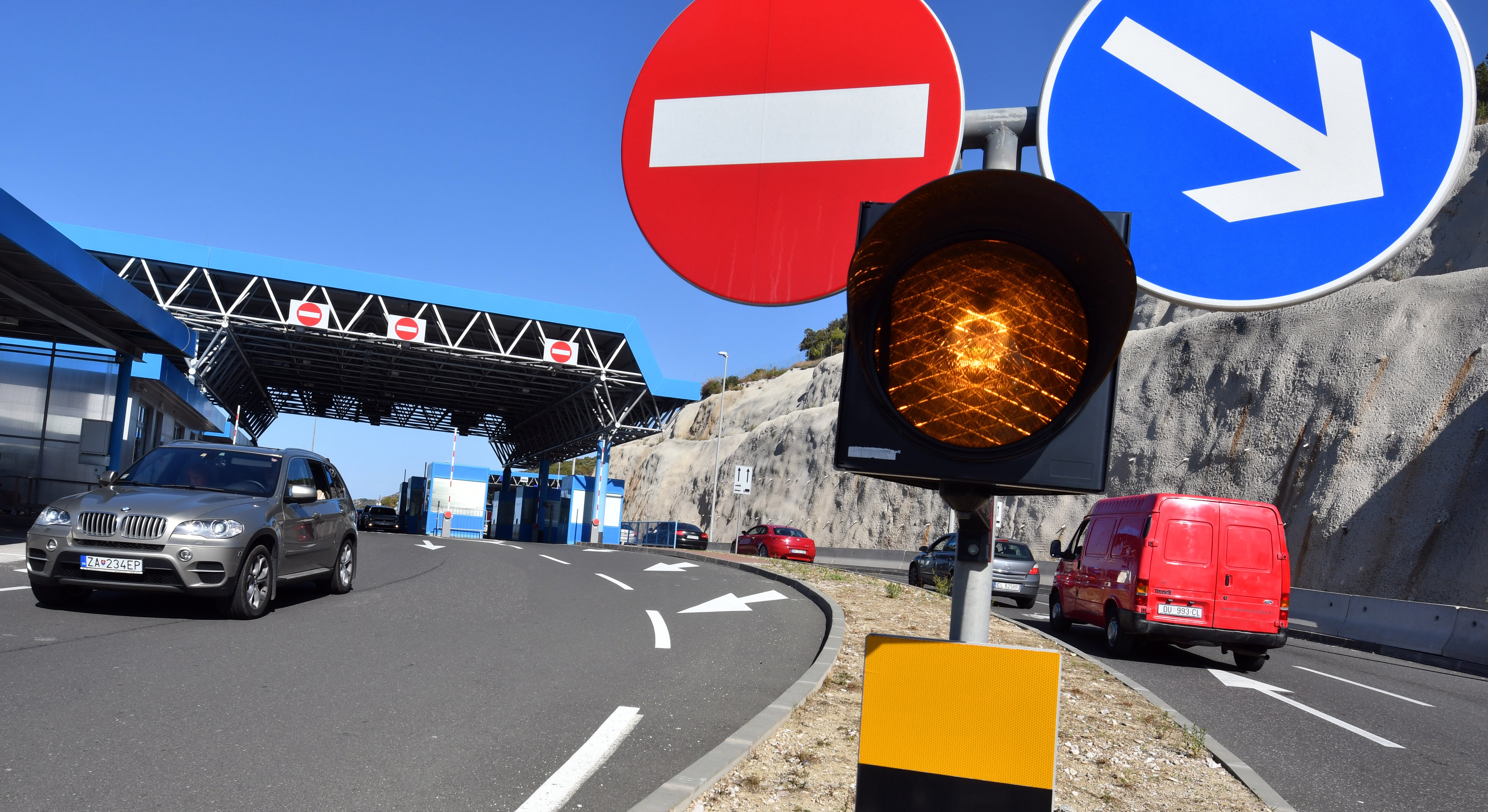 Vehicles drive on September 25, 2017, towards the border between Bosnia and Croatia, located in the village of Zaton Doli, along Croatia's main Adriatic route. Local traffic as well as tourists traveling between Northern and Southern Croatia have to cross the border twice in a single trip due to the fact that Southern part of Croatian coast, with Dubrovnik as major city, is completely separated from the rest of the country by 24 kms of Bosnia and Herzegovina's territory with town of Neum as the only Bosnian town on the Adriatic sea. Croatia announced the beginning of construction of a 2,5 kms bridge, connecting it's Northern part of the coast with the South, via Peljesac peninsula thus completely avoiding crossing into Bosnian territory and the traffic jams at the border which result in several hours waiting time during the peak of summer tourist season. The double border crossing causes difficulties for tourists as well as the population of Peljesac peninsula, mostly involved in agriculture (high quality grapes and winery, olive oil production, fishery and shellfish production). / AFP PHOTO / ELVIS BARUKCIC

Bridge of discord between Croatia and Bosnia

Pero Brbora farms his shellfish in Croatia but has to cross the border into Bosnia, and out again, to sell them in his homeland.

For years, the 57-year-old oyster and mussels fisherman has been waiting for a planned bridge to be built to ease the complicated and time-consuming trip.

But the project to connect the Croatian mainland with its southernmost region via the Peljesac Bridge has run into delays and sparked a dispute with neighboring Bosnia.

At the heart of the problem is the “patchwork-style” divisions across the Balkans following the bloody breakup of the former Yugoslav federation in the 1990s. The frontiers between its six former republics are now international borders between newly-emerged states.

Although Bosnia maintained its coastal access, the small outlet leading to the Adriatic Sea cuts through Croatia.

As a result, 90,000 people, including residents of Croatia’s well-known southern resort of Dubrovnik, are split off from the rest of the country.

During the busy tourist season, it takes Brbora up to four hours to travel from the small port of Zamaslina to Makarska, a town further north on the Adriatic coast.

As it is, Brbora has to firstly pass from Croatia into Bosnia, cross through the Bosnian coastal town of Neum to the border post on the other side and go back into Croatia — a 10-kilometer trip that can seem like an “eternity.”

Croatia has for years been pushing for a solution, with the construction of the 2.4-kilometer (1.5-mile) bridge that would link up its territory using a small peninsula.

As two pillars planted on each side of the strait show, Zagreb even started building the bridge in 2007 but the project was halted five years laterdue to a lack of funding.

The European Union, which Croatia joined in 2013, agreed in June to finance 85 percent of the 420 million-euro ($494 million) construction costs.

“This bridge will change everything for us, it will make our life easier,” said Gordana Pincevic, owner of a vineyard on the Peljesac peninsula.

“When I go to buy a fridge in Split, while returning I have to prove to Bosnian customs that the fridge will leave Bosnia, and then to Croatian customs that it was bought in Croatia,” she told AFP.

But in Bosnia, the prospect of the bridge has not gone down well.

Many fear that the 55-meter-high (182-foot) bridge will hamper the entry of high tonnage vessels.

And Sarajevo also argues that it wants to first negotiate a deal on a maritime corridor giving it access to international waters before the bridge opens.

Bosnian Muslim leader Bakir Izetbegovic urged the European Commission to pull the plug on its financial support to Croatia to build the bridge.

Going ahead with the Peljesac Bridge “without Bosnia’s approval is illegal and represents a violation of the UN Convention on the Law of the Sea”, claimed Izetbegovic, the Muslim member of Bosnia’s tripartite presidency.

‘We will build the bridge’

“We will build the bridge,” Croatian Prime Minister Andrej Plenkovic has, however, repeatedly insisted.

He has sought to reassure Bosnia that the technical characteristics of the bridge will allow for the smooth passage of any ship planning to dock in Neum.

“The dimensions for the bridge were agreed upon Bosnia’s insistence and have even increased the project’s initial cost,” said the Dubrovnik regional governor, Nikola Dobroslavic.

For instance, the distance between its supporting pillars will be 200 meters.

But Bosnia’s battle to stop the bridge is hampered by its ethnic divisions between Croats, Muslims and Serbs, who do not necessarily take the same stance on state matters.

Croat member of Bosnia’s presidency Dragan Covic has said he sees “no formal or legal obstacles” against the planned bridge going ahead.

“The two countries will profit from the construction of the bridge, notably Neum,” he has said.

The European Union, at whose door Bosnia is knocking for eventual entry, may however take a dim view of its internal discord, cautioned prominent Croatian international law expert Davorin Rudolf.

“Bosnia is not an EU member and it is hard to say when it will be. And Europe wants external borders” that are stable, he told AFP.

Although almost all of Neum’s 4,600 residents are ethnic Croats, not all are happy with the bridge, which is now set to be opened in 2022.

“If the bridge is constructed, they will not pass (through) here anymore,” said Marin Danicic, a 21-year-old waiter, pointing to a table of foreign tourists.

Tourism is a major industry for Croatia, with the nearly 16 million visitors that the country welcomed last year far outstripping its population of 4.2 million.

Most tourists visited the stunning Adriatic coast, with more than 1,000 islands and islets which served as a location for numerous scenes in the award-winning HBO series “Game of Thrones”.