Something good: ‘The Sound of Music’ feels as fresh as ever | Lifestyle.INQ ❮ ❯ 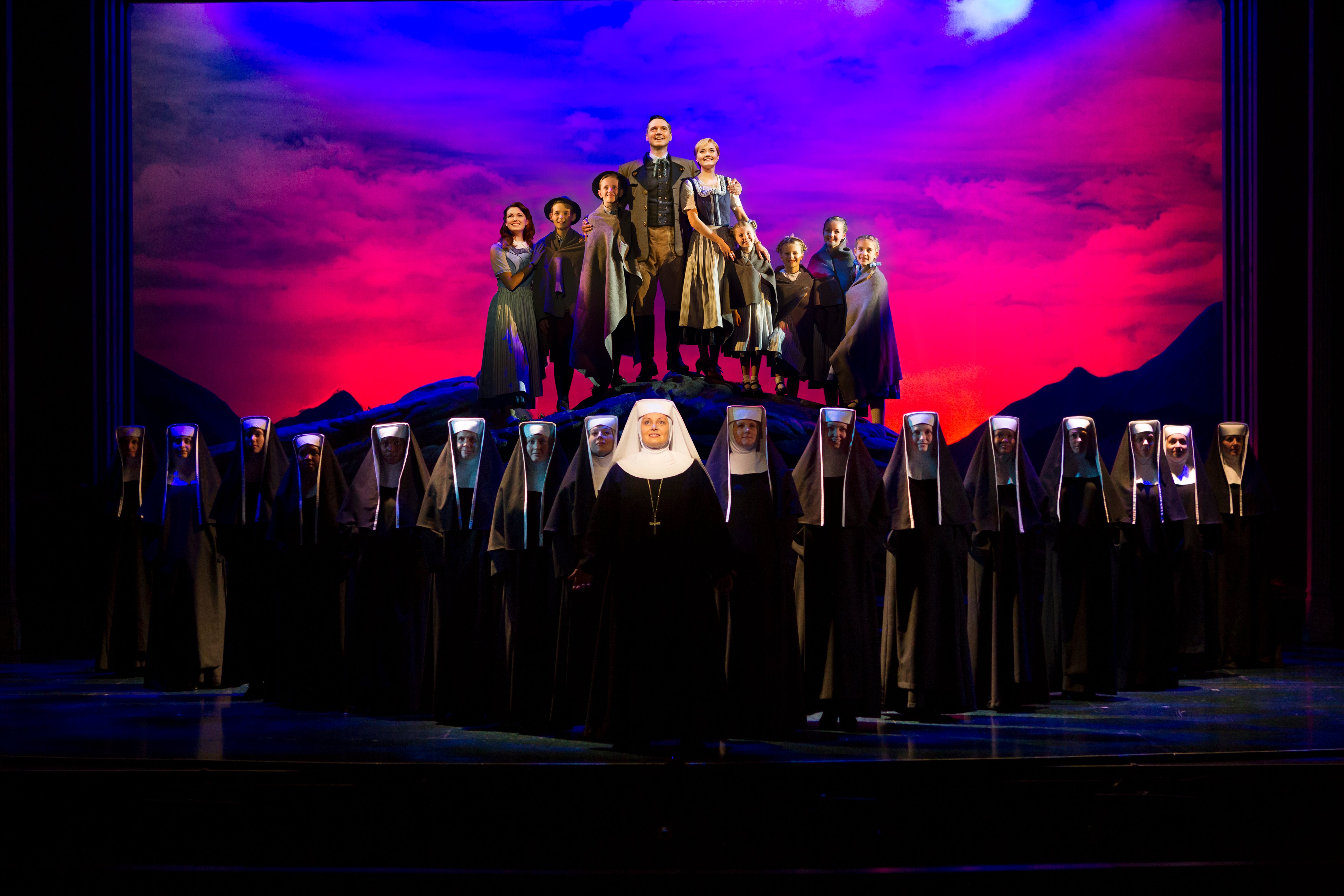 The West End touring show of “The Sound of Music” runs at The Theatre at Solaire until Oct. 21. —PHOTO FROM CONCERTUS MANILA

Something good: ‘The Sound of Music’ feels as fresh as ever

The West End Production of “The Sound of Music,” ongoing at The Theatre at Solaire, is a must-see production. It does an amazing job at going beyond nostalgia and reminding its audience why the material is the timeless winner that it is.

The main story remains intact, but small touches in characterization, production design and the musical numbers render the all-too-familiar experience afresh. Without being obtrusive or calling attention to itself, a thematic directional shift now subtly lays out the story of the Von Trapps as more than just the love story of a sprightly wannabe nun and a navy captain with seven children.

The family’s final flight from a Hitler-run Austria is often depicted as an add-on to the wedding of the Baron (Nicholas Maude) and Maria (Carmen Pretorius)—almost as an afterthought. But in this British touring production (Frank Thompson is credited as associate director), the meaning of freedom, love, liberty and family
—and the need to fight for them—ties the whole thing together without giving in to sanctimonious preaching.

It is that thematic unity that adds a new authenticity and depth to this production.

As in the movie, the musical starts and ends with a chorus of nuns singing their hymns. They are played here with a love of life and exuberance that is both fun and holy (something which the recent tour of “Sister Act” aspired to but failed to achieve). Janelle Visagle’s Mother Abbess is less a distant superior and more of a loving mother, hence the easy affection between her and Maria.

As Maria, Pretorius simply knocks it out of the park. She grows from an irreverent novice who can’t seem to fit into her uniform, to a fledgling governess groping with a clutch of unruly wards, and finally to a woman glowing in love. Far from being a naïve if mischievous postulant, her free spirit and fierce independence embody the best of her beloved Austria—and it is that nature, aside from her love of his kids, that wins the Captain’s heart.

While the movie pitted Julie Andrews’ sunny innocence against Eleanor Parker’s icy Baroness, this production sidesteps it, refusing to make the Baroness a villainess. Ultimately, what determines the Captain’s choice for a spouse is who aligns better with his values and principles.

The recognition of that mutual bond is played by Pretorius and Maude with a refreshingly adult approach. The strength, in fact, of Maude’s characterization lies in its straightforwardness. Many actors in the the part usually played up the Captain’s strictness to emphasize his coldness with his children.

Maude, in contrast, portrays Von Trapp as a businessman who uses his long working hours to mask a hidden pain and keep away from the kids who remind him of it. It’s as natural as his sincere love for the countryside, his quiet but constant allusions to Austria’s sovereignty, and his unexpected but moving tearful breakdown when he embraces his children for the first time in years.

The kids are given individual personalities as well, and all these little nods make the entire family more relatable, with Pretorius’ joyous, irrepressible spirit weaving them together into one warm, flesh-and-blood unit. Add the uniformly excellent musical numbers, and this is a “Sound of Music” that feels altogether new and compelling—more palpably bittersweet than any other version we’ve seen lately. —CONTRIBUTED

Lunchbox Theatrical Productions’ “The Sound of Music,” brought to Manila by Concertus Manila, runs at The Theater at Solaire until Oct. 21. Visit ticketworld.com.ph.