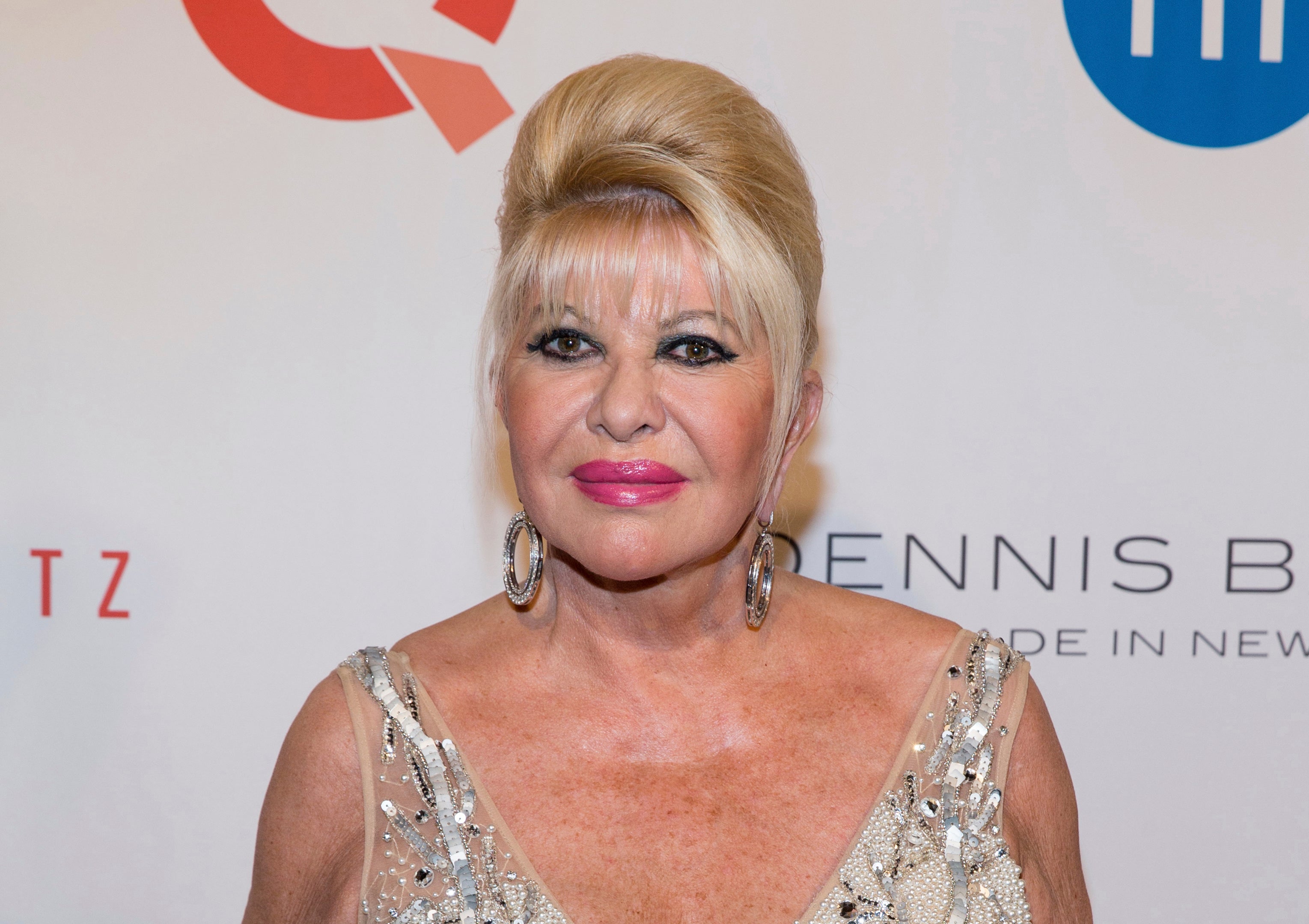 FILE - In this May 9, 2016 file photo, Ivana Trump, ex-wife of President Donald Trump, attends the Fashion Institute of Technology Annual Gala benefit in New York. A new book from Donald Trump’s first wife pulls back the curtain on a tumultuous period of the president’s life, including the messy divorce that was splashed across New York’s tabloids for weeks. Ivana Trump, who was married to the real estate magnate from 1977 - 1992, writes in her new book entitled “Raising Trump” that she knew her marriage was over soon after a day in December 1989. (Photo by Michael Zorn/Invision/AP, File)

In a book, Ivana Trump relives divorce from future president

NEW YORK — A new book from Donald Trump’s first wife pulls back the curtain on a tumultuous period of the president’s life, including the messy divorce that was splashed across New York’s tabloids for weeks.

Ivana Trump, who was married to the real estate magnate from 1977 to 1992, writes in “Raising Trump” that she knew her marriage was over soon after a day in December 1989.

“This young blonde woman approached me out of the blue and said ‘I’m Marla and I love your husband. Do you?'” writes Ivana Trump. “I said ‘Get lost. I love my husband.’ It was unladylike but I was in shock.”

Trump’s public affair with Marla Maples spawned the infamous “Best Sex I’ve Ever Had” headline in the New York Post in 1990. After divorcing his first wife, Trump married Maples in 1993.

“Raising Trump” is set to be released next week. The Associated Press purchased an early copy.

In the book, Ivana writes glowingly about her marriage to Trump and her prominent role at the Trump Organization. But then she unburdens herself about the heartache that Trump’s affair with Maples caused her and the couple’s three children, Donald Jr., Ivanka and Eric. Donald Jr. didn’t speak to his father for a year after the split.

“I can only shake my head at how it insane it was,” Ivana Trump writes. “I couldn’t turn on the television without hearing my name.”

But she and the president have returned to far warmer terms. She writes that they speak about once a week and that she encourages him to keep using Twitter.

She said in a CBS News interview this week that she was offered the post of ambassador to the Czech Republic, her native country, but turned it down because she already has “a perfect life.” The White House did not immediately respond to a request for comment about the ambassadorship post.

Much of the book is spent recounting Ivana Trump’s childhood in Europe, her burgeoning modeling career in New York and Trump’s courtship. She writes that, at their first meeting, Trump secured her and friends a table at a hot Manhattan restaurant, paid the check and chauffeured her back to her hotel in a giant Cadillac.

“My instincts told me that Donald was smart and funny — an all-America good guy,” Ivana Trump writes.

Her children also contribute passages to the book, and Ivana Trump muses that her former husband may not be the only Trump to call the White House home.

“Maybe in fifteen years, she could run for president?” she writes about her daughter, Ivanka, before musing about her own possible title. “First Lady? Holds no appeal for me personally. First Mother? That could work.”