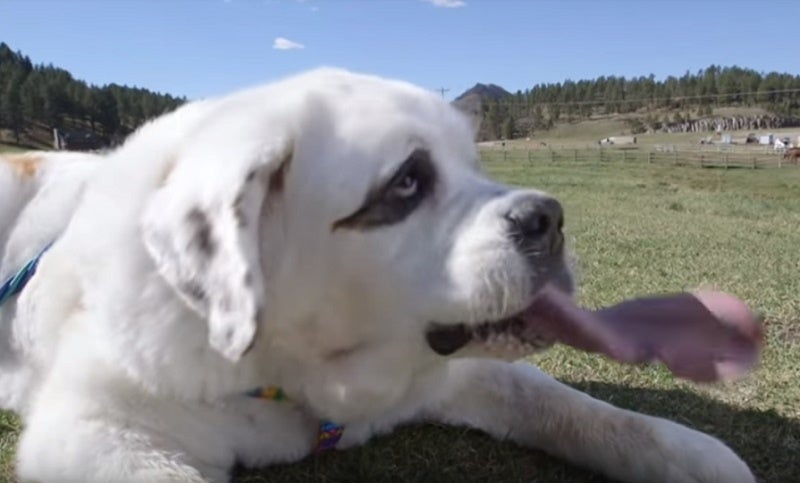 South Dakota St. Bernard has record-longest tongue for a dog

Mochi, also known as Mo, holds the Guinness World Records title for having the longest tongue on a dog.

According to Guinness World Records, Mochi’s tongue measures in at 7.31 inches (18.58 cm).

Mochi’s owner, Carla Rickert of Sioux Falls, says her dog is happy, but also has some breathing problems because of her long tongue and slobbers more than usual when she’s nervous. Mochi also needs to be given treats in a certain way and has problems picking items up from the floor.

The 8-year-old Mochi broke the previous record held by a male Pekingese, whose tongue was 4.5 inches (11.43 cm).