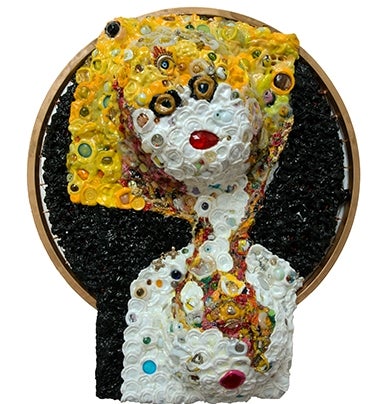 ManilART Fair to focus on Mindanao

The 2017 edition of the ManilART Fair, a major cultural activity which brings together works by new as well as prominent artists, will focus on Mindanao, an indication that the crisis in a few areas in that big island group has evoked a response from concerned visual artists.

ManilART (manilart.org) will open on Oct. 12 with an invitational gala at the SMX Convention Center, SM Aura, Taguig City, and will be opened to the public on Oct. 13-15 (11 a.m.-9 p.m.). It is a project of the National Commission for Culture and the Arts (NCCA) with the Bonafide Art Galleries Association and ManilART Foundation.

This was announced at a recent press conference at City of Taguig Satellite, SM Aura.

Kublai Millan, an artist from Davao City, will show his larger-than-life public sculptures which advocate peace and nation-building while Romulo Galicano will showcase his “Maguindanao Massacre,” influenced by an epic historical work by Francisco Goya.

During the press launch Galicano wore a T-shirt with “World Massacre Tour” emblazoned at the back. “Art can be defiant,” he declared. “Art can be Filipino yet universal.”

Roberto Lolong of host Taguig is reaching out to the youth with a digital background painting on popular animes.

Panelist Riza Muyot spoke out for indigenous art, saying it is not just a craft but serious art. And French artists will do a live mural demo as part of their international residency program.

“The Philippines is an Asean cultural powerhouse,” said Rio Ambrosio of NCCA’s National Committee on Art Galleries, a reference to ManilART’s slogan. “There is diversity in all our works, and we are a powerful influence in our region. This year we are focusing on Mindanao.” —CONTRIBUTED