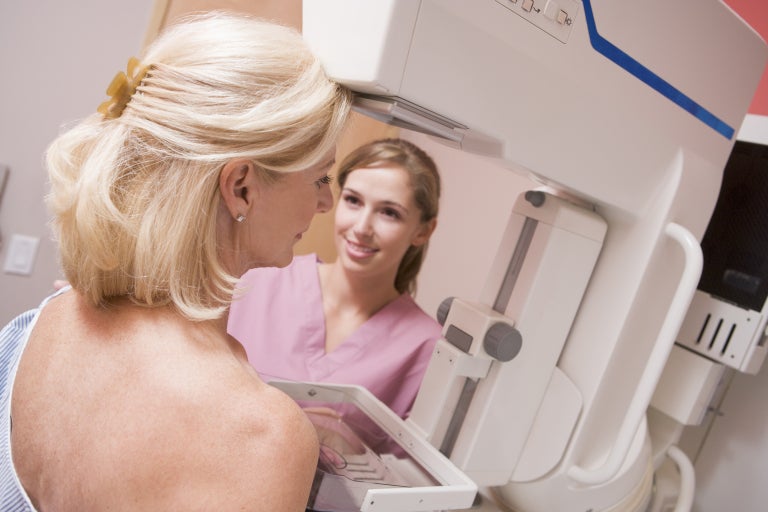 Breast Cancer Awareness Month 2017: A look at the latest in detection

October marks Breast Cancer Awareness Month, which aims to increase knowledge of how we can help beat one of the most common cancers in women.

As more and more research focuses on new ways to detect the disease as early as possible in the hopes of a better prognosis, here we round up some of the latest inventions and advances in screening.

Japanese and American scientists have developed super-thin bendable sensors that have the potential to be one day used to detect breast lumps.

The ultra thin sensors are just 3.4 micrometers thick (less than half the thickness of kitchen wrap) and could one day be used inside pressure-sensitive gloves to physically screen for breast cancer.

The sensor is so flexible it can detect pressure changes accurately even when twisted like cloth, which the team say is a world first.

According to the team the sensations felt when using the gloves could even be shared with other doctors, who in theory experience the same sensations as the doctor who performed the examination.

An American study which looked at 200 cancer patients in the U.S., Denmark and the Netherlands, found that a new blood test which looked at changes in DNA was able to successfully diagnose stage 1 and stage 2 cancers in 62 percent of cases of colorectal, breast, lung and ovarian cancer.

The findings could now pave the way to develop a treatment that could detect several types of cancer earlier in apparently healthy subjects, helping patients to avoid the aggressive treatments required by the later, metastasized stages.

The researchers also commented that the test could be particularly useful for those at a higher risk of cancer, such as women with hereditary mutations of the BRCA1 and BRCA2 genes that make them more vulnerable to breast and ovarian cancer.

The results of a more unusual but still promising study found that dogs can sniff out cancer in women with breast tumors.

Based on the theory that breast cancer cells have a distinctive smell which a dog’s sensitive sense of smell can nose, the team collected samples of cloth from 31 cancer patients which had been held to the breast.

They found that after just six months of training, a pair of German Shepherds became 100-percent accurate when detecting the disease just from sniffing the cloth.

As the method is simple, non-invasive and cheap, after larger clinical trials it could potentially be a way of detecting cancer in countries where mammograms are hard to come by. JB