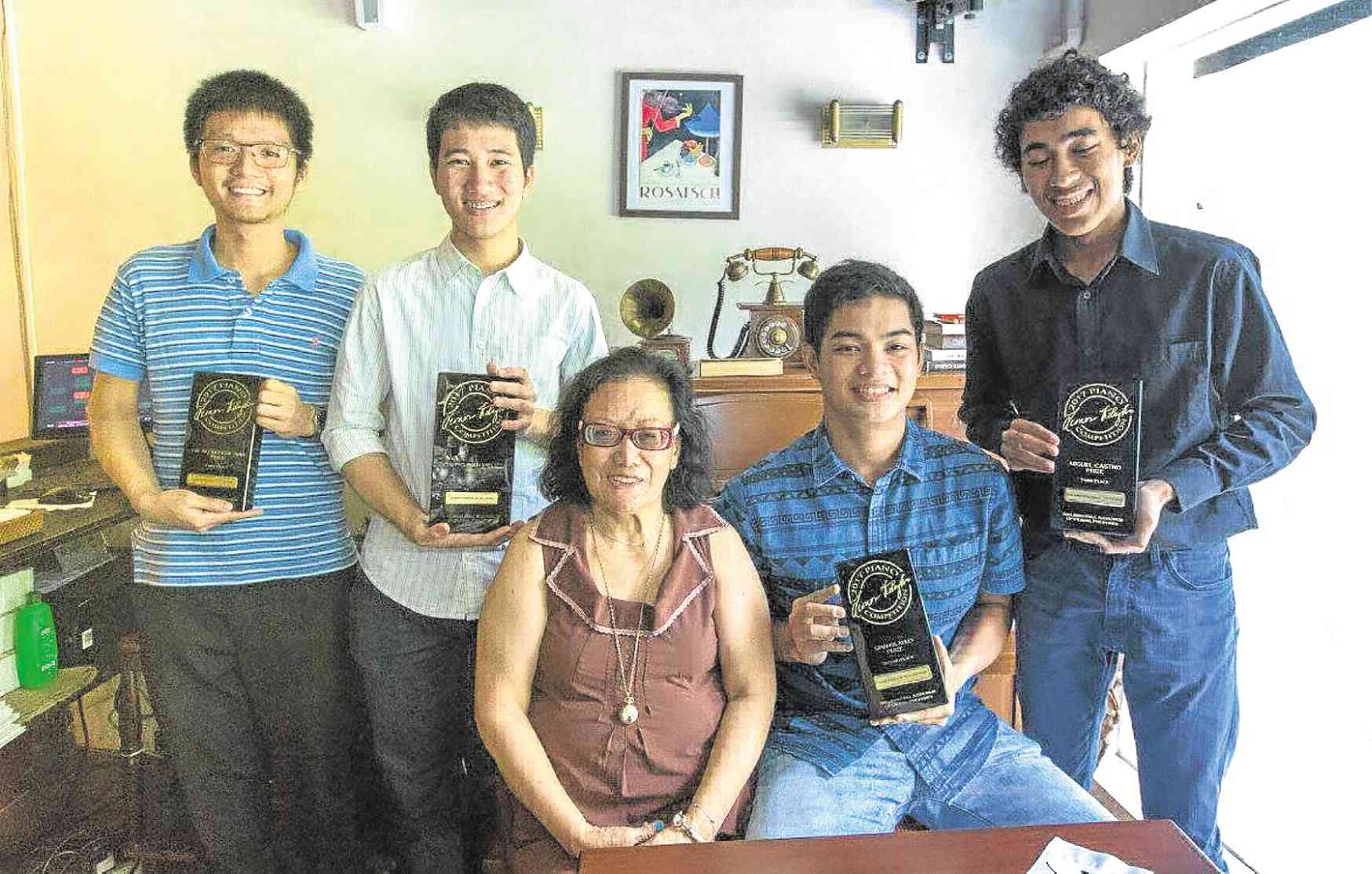 Leonor Kilayko: From illness to triumph

When Dr. Efren Vasquez saw the pianist Leonor Kilayko for the first time in over 30 years, his first greeting was, “Buhay ka pa pala” (You’re still alive). Though it was said in jest (“It’s how I greet people I haven’t seen for a long time,” said Vasquez), the greeting was of special significance to Kilayko. Considering what she had gone through, it’s indeed a miracle that she’s still alive.

Back in the 1960s, no one knew much about lupus. Hence, when the disease struck Kilayko, doctors were puzzled by her symptoms.

At that time she was a healthy, vigorous student, taking graduate studies at the Mannes School of Music in New York. She would even endure nightly two-hour practices on the piano under the watchful supervision of Russian pedagogue Olga Stroumillo. “She believed that how you practice is how you perform,” Kilayko recalls.

But it all came to a stop when she suddenly began to feel extremely tired and lethargic. It got so bad that she returned to the Philippines, where a slew of doctors she consulted could not determine what was ailing her.

It was only when her uncle, Dr. Alfredo Sian, intervened that she was brought to the University of Santo Tomas Hospital (where Dr. Vasquez was then an intern).

There the doctors finally confirmed that what she had was lupus, an autoimmune disease that attacks the body’s healthy cells and tissues (the blotches on her face, which gave her a wolf-like appearance, were a tell-tale sign).

Kilayko still remembers the agony of it all. Once her temperature spiked to over 40°C. “It was such unbearable heat,” she recalls. To counter it, she doused herself in ice, which helped to bring down the fever.

Even more agonizing, she was forbidden from playing the piano for six months. For a pianist, it was mental torment of the worst kind. “I thought that would be the end of me,” she says.

Yet in the midst of it all, her thoughts would often wander to Leonard Bernstein, the American composer and orchestra conductor, whom she considered her musical god. Somehow it helped her to focus on her goals, and on the music she loved so much.

Although lupus is considered a fatal disease, Kilayko miraculously recovered from it and has been in remission for over 30 years now.

She thinks the prayers and persistence of her mother had a lot to do with her recovery. “She promised God that if I recovered, she would pray the Stations of the Cross every day,” Kilayko says. It was a promise her mother kept faithfully.

Despite family objections, Kilayko left for Germany in 1970 for further studies. “I just felt I had to go to Germany,” she says.

At the Staatliche Hochschule für Musik Köln, she studied under Heinz Schroeter and Gunter Ludwig and completed the degree Konzertexamen, considered the highest in performance given to music graduates of exceptional talent.

In the nearly two decades she lived in Germany, Kilayko performed in some of Europe’s best concert halls: the Wigmore Hall in London, Belgisches Haus in Cologne, Palais Wittgenstein in Düsseldorf, Festaal der Universitat in Bonn, as well as in Valencia and Madrid, Spain, and in Sala Chopin in Mexico City.

Her performances garnered praises from critics. “Reaching the height of technical skill, she played Chopin’s op.32,1; op.66 and op.19, as examples of high musical feeling and exceptional knowledge of the work,” according to Kolner Stadt-Anzeiger.

Not that Kilayko was then neglecting her own country. Occasionally she would return to the Philippines to give concerts, once when she performed Alexander Scriabin’s piano concerto in F Sharp Minor, with internationally renowned Helen Quach conducting.

When she came home for good in the ’90s, she taught at the UST Conservatory of Music and University of the Philippines College of Music.

The CCP, Paco Park, Philamlife Auditorium, St. Scholastica’s College, and more recently, St. Paul University, Cebu’s Ayala Center, and UP’s Abelardo Hall are just some of the places where she has performed.

Yet Kilayko isn’t done yet. Recently she announced the 2017 Piano Competition Leonor Kilayko, in collaboration with UP College of Music Keyboard Department and with Steinway Boutique Manila. The competition aimed to discover and encourage promising young artists, help them achieve excellence in performance, and to carry on the tradition of piano playing that was handed on to Kilayko by European masters.

Held at the UP Abelardo Hall Auditorium, it came to a conclusion last month with the final round and awarding ceremonies for the winners. First prize went to Justin Joseph B. de Leon and second prize to Juan Paolo Q. Panagsagan.

Because there was a tie for third place, the Dr. Alfredo R. Sian prize was given to Paul Benjamin P. Casiano and another third prize, named after Miguel Castro, a student of Kilayko, was awarded to Roland Vincent L. Saavedra.

Years after she had recovered from lupus, Kilayko finally met her idol, Leonard Bernstein, at the Beethoven Halle in Bonn. Although she didn’t mention how she often thought of him during the darkest hours of her illness, she managed to ask him to autograph her copy of “The Joy of Music,” a book Bernstein had written.

“He was so impressed that I had read his book,” Kilayko recounts.