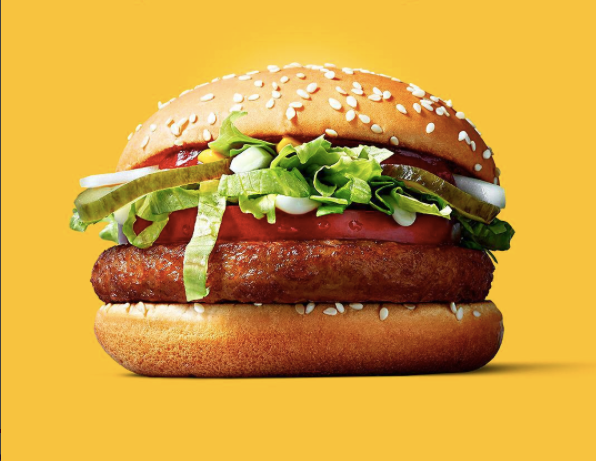 Would you eat a full vegetarian burger?

McDonald’s has launched the chain’s first ever vegan burger. In Finland.

Until the end of November, customers at a single restaurant in Tampere, Finland, in the south of the country, will be able to test a new vegan burger recipe made with a soy-based faux-burger patty, eggless condiments, lettuce, tomatoes, pickles and onions. Hold the cheese.

It’s the latest development from the fast food giant aimed at attracting a completely new clientele, one that has traditionally shunned the brand which built its empire on beef burger patties.

Meanwhile, beginning Tuesday, Oct. 10 until Nov. 27, consumers in France will also be able to start testing new vegetarian burgers with a breaded patty made with carrots, Emmental cheese and salsify, a white root vegetable comparable to parsnips.

But Finland boasts bragging rights to going all the way with the creation of a completely vegan sandwich, void of any and all animal-derived ingredients. JB