Why Jonathan Matti is an antidote to fake living | Inquirer Lifestyle 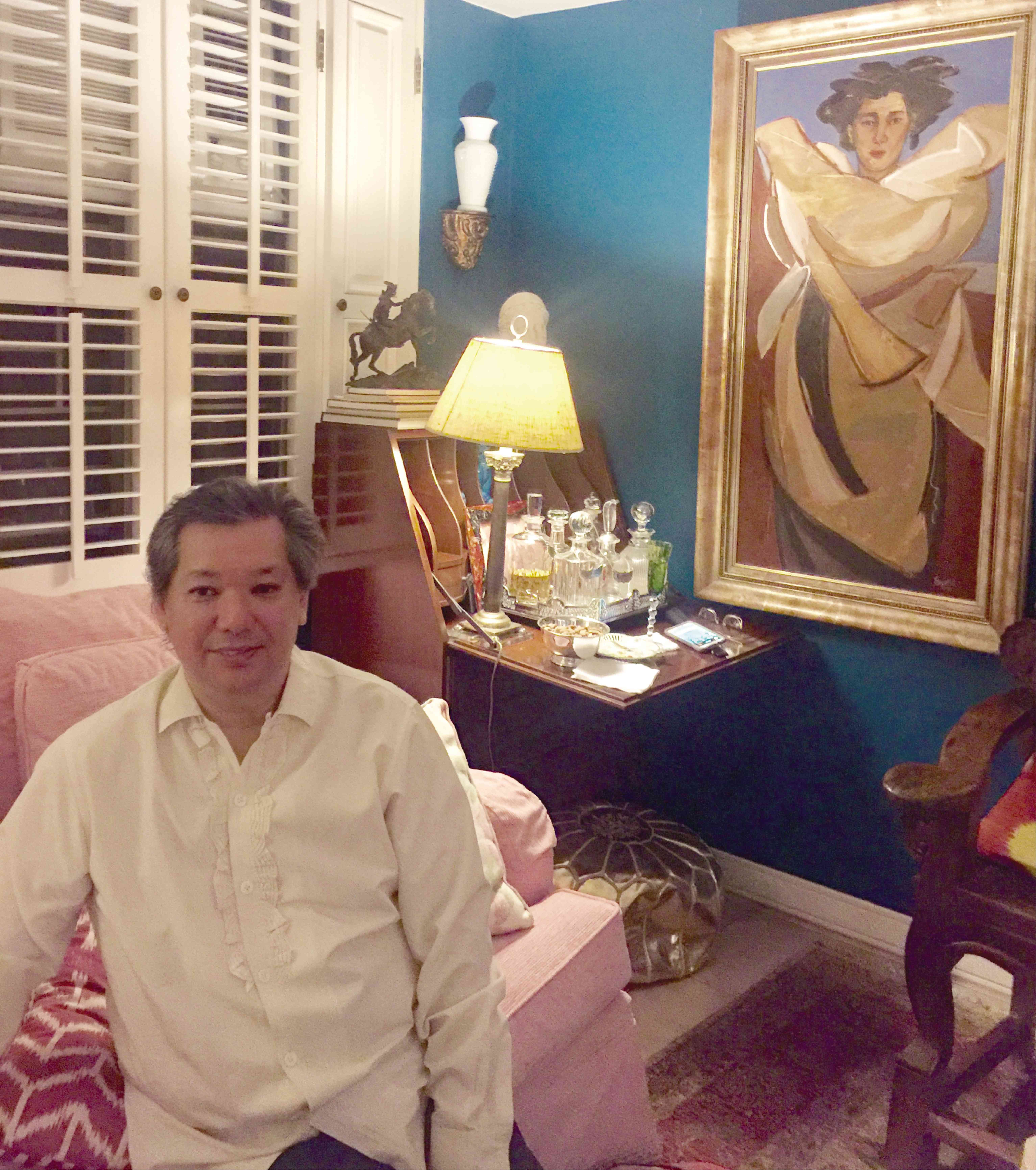 A BenCab “Sabel” looms large behind Jonathan Matti in the living room. —PHOTOS BY THELMA SANJUAN

Why Jonathan Matti is an antidote to fake living

The dinners that foremost interior designer Jonathan Matti hosts at home are as low-key as his career, but these, nonetheless, are marked with fine taste, subtlety and fine art selection.

An invitation to dine in someone’s home is always a good glimpse into how the host lives, and with what. Usually, one can tell if the style is put-on, or if it’s fake living (might as well use that term in this era of “fake news”).

Matti’s dinner-hosting style at his family home in an unobtrusive corner of the city could only be characterized as genuine—a guest sees the art and accoutrements that have been with the family for some time.

Paintings and other works of art always reflect a homeowner’s appreciation and knowledge of art and culture, if there is knowledge at all—or if it’s that of the hired decorator.

The art in the living and dining rooms of Matti’s home apparently has been with the family for some time. It is a good mix of paintings and sculpture which Matti and his family have acquired through time.

They’re not necessarily astronomically priced, as artworks go in this era of auctions, but they’re there because, apparently, the homeowner loves living with them. 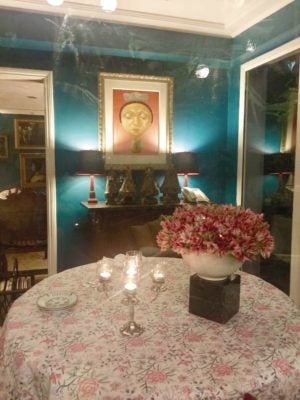 Matti’s home is also a good example of how artworks should be lit so they can be better appreciated.

Aside from being a hallmark of the homeowner’s love of the arts, the fine art can also set the mood in any home. In the case of Matti’s home, it gives the guest a cozy feeling.

It is really cozy because it’s intimate—his number of guests doesn’t exceed 10.

The ambiance is enhanced by soft ambient lighting that casts a warm glow on the dinner table setting—where clusters of red roses give a feminine touch.

Matti, who took up architecture at the University of Santo Tomas, is one of the sought-after interior designers in the country. Yet he shuns publicity for himself and his A-list clientele.

Last Aug. 31, however, a few days before the much-talked-about wedding of Dr. Vicki Belo and Dr. Hayden Kho in Paris, there was no way Matti could escape the limelight.

Guests to the Belo-Kho wedding flew in to Paris early to attend the cocktails given in honor of Matti by the leading home design firm de Gournay in its showroom at Rue des Saint Peres.

The event announced the collaboration between Matti and de Gournay on a wallpaper Matti is designing for the firm.

The wallpaper is Latina Manila, based on 19th-century colonial Manila, done in the old French method of papier panoramique.

The wallpaper will be available in January 2018. —THELMA SAN JUAN