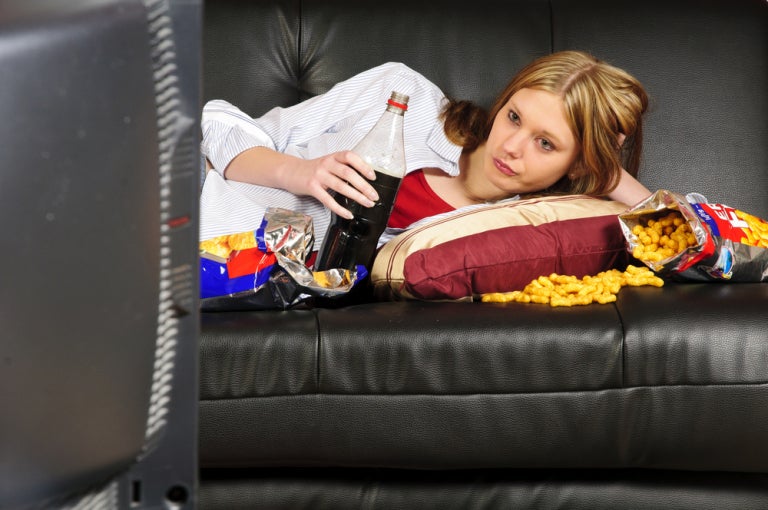 Children and young people with multiple sclerosis could be at a higher risk of a relapse if they eat a high-fat diet suggests new research. Image: unzelkorn/shutterstock.com via AFP Relaxnews

Research in the United States has found that a high-fat diet may increase the risk of children with multiple sclerosis (MS) experiencing a relapse, whereas a diet rich in vegetables could lower it.

The study analyzed the diets of 219 children and young people from 11 children’s MS centers across the U.S. to look at the potential effect of diet on children with the condition, as they are already at a higher risk of experiencing relapses than adults.

Each of the participants had been diagnosed before the age of 18 and had had either the relapsing-remitting form of MS or clinically isolated syndrome (which describes the first episode of neurological symptoms associated with the disease) for less than four years.

The researchers asked participants to complete a questionnaire on the quantity and frequency of specific foods and drinks that they had consumed over a one-week period.

They also tracked their neurological health until the next relapse occurred, with participants followed on average for just under two years.

Saturated fat appeared to have an even greater effect, with every 10 percent increase in calories from this type of “bad” fat associated with tripling the risk of a relapse.

However, the results also suggested that diet could help in managing the condition, with the team finding that each additional cup of vegetables appeared to halve the risk of relapse, and independent of fat consumption.

The findings also held true even after vitamin D levels, a potential risk factor for MS, were taken into account and other influencing factors such as age, gender, race, ethnicity, duration of disease, weight (BMI) and drug treatment.

No association was found between other nutrients in the children’s diet, such as sugar, iron, fruit and fiber, and risk of relapse.

Several genetic and environmental factors have already been found to be linked to an increased risk of MS, including previous infection with Epstein Barr virus, exposure to cigarette smoke and low vitamin D levels.

However, the role of diet has been so far been largely unexplored. The researchers suggest that a high fat diet could increase the risk of relapse as fat boosts cell metabolism, including the release of inflammatory chemicals, and also influences the gut microbiome and its associated immunity.

Animal fat, a source of saturated fat and often linked to a high calorie intake, is already thought to be a factor in various long term inflammatory conditions.

The study is also an observational one, meaning no firm conclusions can be drawn about cause and effect, though the researchers believe that their findings do provide some early evidence to suggest that making dietary recommendations to patients with MS could have some benefits. For example, it has already been suggested that fish oil may be particularly beneficial for those with MS. However, more research is now needed, including looking at the effects of long-term diet.

The findings can be found published online in the Journal of Neurology Neurosurgery & Psychiatry. JB

Could a longer-lasting flu shot be a reality in the future?