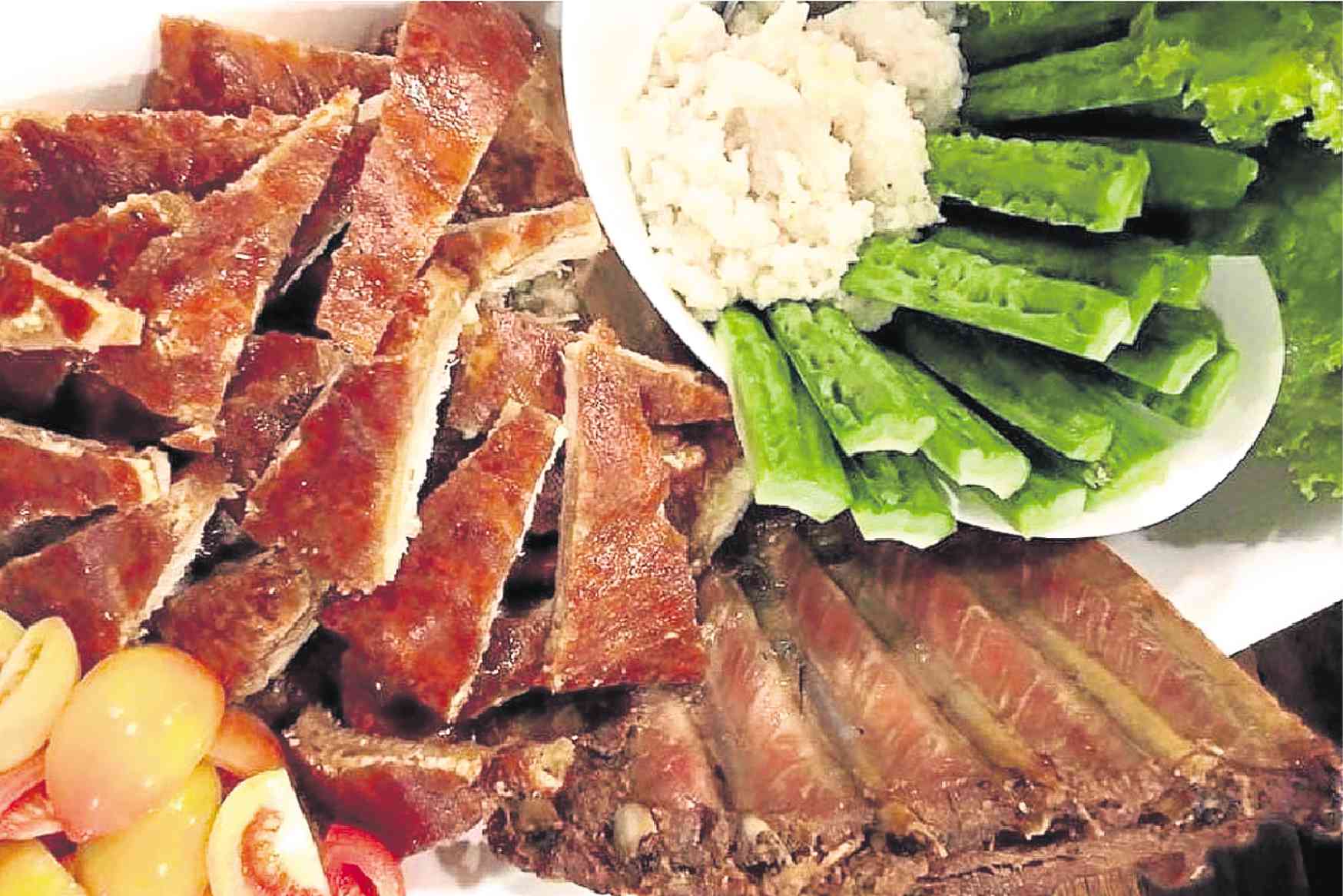 Dennis Lim is the man behind Denlim’s Kitchen in San Fernando, Pampanga, which is always fully booked and where reservations are open only by midyear next year.

The place is highly recommended by writers. But it’s a welcome development that Metro Manilans can get to taste his cooking without driving all the way to Central Luzon. Until Oct. 19, Flavors Restaurant at the Holiday Inn and Suites in Makati is showcasing a buffet of Denlim’s dishes for lunch and dinner.

We previewed the menu that started with bangus paté, served with ciabatta and baguette. It was this mix of ingredients and techniques that spoke much of the current dining scene. Filipinos wouldn’t find it strange that there was an international mix on the table or on the plate.

The Oriental Cashew Salad had a mix of nuts as topping on the greens and in the dressing which had pureed cashew.

Pasta Corrito was named after Lim’s wife who apparently loves this mix of seafood with tomatoes. It’s a reminder that one could do anything with what one liked with pasta and make it seem a work of art on the palate and the plate.

The heavy stuff came one after the other. Huge pieces of his crab Marilen had a sauce of 30 salted eggs. This required the use of hands to pick off the meat and fat, and was also a way to show that one really enjoyed the food. And by then, rice was needed to really savor the crabs’ goodness.

Lim said that he experimented with salted eggs when he received a powdered version from a friend in Singapore. But why use powdered when excellent salted eggs are available here?

The callos had the aroma of paprika as soon as it was brought in. The tripe and beef skin thickened the sauce and the sliced chorizo was arranged on top as if to say that it was there as expected of a proper callos.

Lim’s take on Caveman’s Shank could make a diner gasp in amazement at the whole shank, its meat fork-tender, and the flavors penetrating every nook and cranny of the meat. Lim told us that he smoked the meat first, which explained the well-rounded flavors, then braised it for about six hours, hence the tenderness.

It was accompanied by boiled, then roasted, sweet corn but that dish really had to have more carbs. And so rice was requested again.

So, finally, we came to what was reputed to be Lim’s signature dish—roasted pork belly which he said he brined beforehand. It could have just been pork belly lechon like Cebu’s, but the cook decided to serve it in the manner of a Korean barbecue because of the greens, and to give it a Pampanga vibe by having buro (fermented rice) and raw ampalaya.

The dish was really a mix of other cuisines, but the result was something decidedly Filipino.

There were desserts at the regular buffet, but we were too full. Our hosts must have expected that, so they sent us home with a whole ube cheesecake, quite a great combination.

After that heavy lunch, we decided to do a grandfather’s advice to mil pasos andar, or do a thousand steps. That’s easy if you use the exit to Glorietta and then walk through the corridors, restraining your shopping impulse and concentrating on the beneficial food-burning exercise ahead.