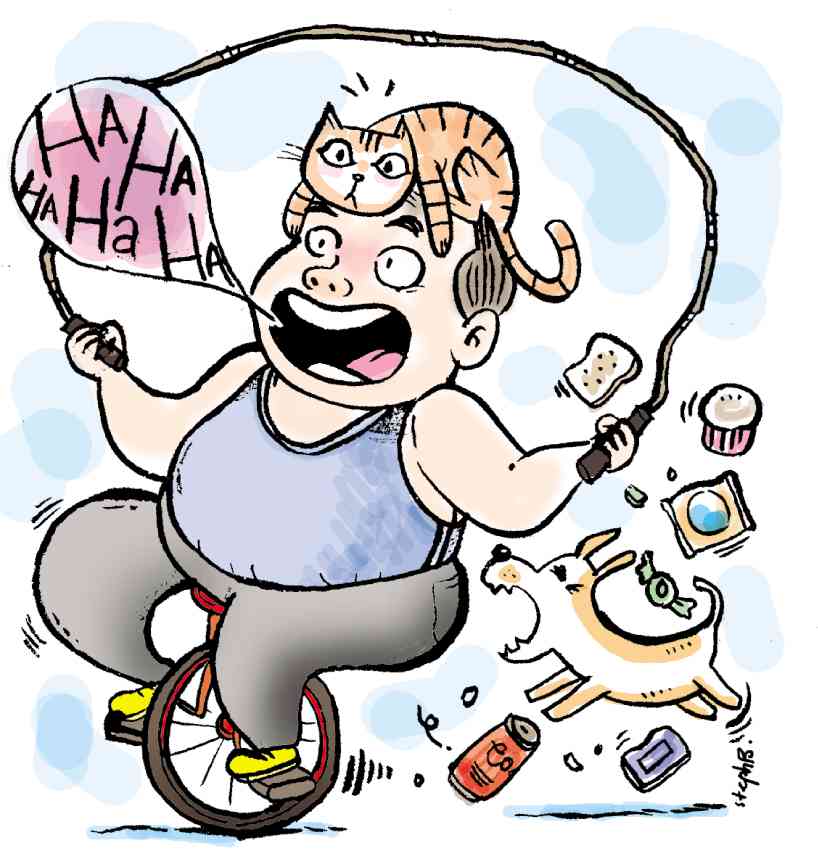 For the “new young old” (whom I would call the New Young Gold, in sync with  Lifestyle), the challenge is how to keep fit well into the longer years which have been granted them by science and medicine.

Let us compare our current lifestyle with that of the attenuated generations before us. Looking at the daguerreotypes and old pictures of our ancestors, one rarely sees overweight or obese people. Filipino ladies then were famous for their slim silhouettes.

Our national heroes such as José Rizal (an outstanding physical buff in his time), Andres Bonifacio (who, as an ambulant street vendor, must have done a lot of walking) and the Luna brothers (fencing masters) were all robust and fit—literally ready for a revolution!

In sharp contrast are today’s politicians, some of whom seem to be sporting Michelin tires around their waists.

The following are measures, culled from health literature,  which one may consider for seniors in the 21st century:

Because people live longer nowadays, cancer incidence has also risen among our seniors. It is rare to meet anyone today who does not know someone who has battled cancer.

The mere mention of the Big C is enough to send shivers down one’s spine, and this has become—along with heart disease, pulmonary ailments and diabetes—an increasing health threat for seniors.

To combat these, the following have been suggested:

1) Avoid colas and sugary drinks. According to a study in the journal Cancer Epidemiology, Biomarkers and Prevention, people who drink two or more sugar-sweetened soft drinks a week are 87 percent more likely to get pancreatic cancer. A local antidote would be to drink salabat instead or the many local teas now on the market.

2) Drink a limited amount of red wine or low-sugar grape juice once a day, or eat a handful of grapes regularly. Resveratrol, a compound in grape skin, kills damaged cells before they replicate, according to a University of Colorado study. Perhaps our local scientists and oenophiles could do research on whether duhat wine or other local brews could substitute for grape wine.

3) Avoid drinking water from plastic bottles. A study on bottled water brands found that a third of them contains bacterial or chemical contaminants, including carcinogens. Boiled tap water or filtered water is preferable.

4) Move it! One study shows that regular exercise can cut breast cancer risk by at least 10 percent, while rigorous exercise, such as hiking, running or biking, can cut colon cancer risk by as much as 40 percent.

5) Be nutty! Some species, such as Brazil nuts, are full of selenium, an antioxidant that lowers the risk of bladder cancer in women. The Philippines is  fortunately blessed with many local nuts, such as cashew and pili nut, not to mention the all-prevalent coconut (on which there is still debate on its benefits).

6) Needless to say, one must undergo regular checkups for cancer.

According to research reported in the Journal of the American Medical Association,  being slightly overweight may reduce the risk of dying prematurely, but being obese—with a body mass index or BMI of 30 or more—raises risk of dying by 18 percent.

Some of the measures recommended include:

1) Use natural sweeteners like brown sugar, muscovado and honey.

3) Avoid snacking between meals and loading on junk food. While one may get a temporary serotonin “high” (the hormone responsible for happy feelings), this kind of eating leads to obesity.

5) Check your thyroid.  Thyroid disease can lead to weight gain.

6) After consulting with one’s doctor, one may choose to go on a diet, which could range from the Mediterranean regime to the strict vegan or vegetarian diet recommended by the Adventists.

1) According to a study published in January 2015 in the Journal of the American College of Cardiology, “women who did not smoke, had a normal BMI, got at least two and a half hours of exercise a week, watched an hour or less of TV a day, ate a healthy diet and limited alcohol  had a 92 percent lower risk for coronary heart disease.”

2) If your doctor prescribes statins, take them as directed.  Studies have shown that they prevent heart attacks, especially for those with predisposition  to or who have already suffered heart attacks.

3) Reduce your waistline by losing weight and exercising. Research on such measures as taking apple cider vinegar daily or dietary supplements with coconut oil. Try to find the physical exercise that suits you best, whether gym workout, tennis,  hiking, easy walking, jogging or swimming.

Combat boredom with a regular routine by switching your type of exercise or hiring a gym instructor to learn new and more effective methods to exercise.

4) Learn to laugh. You may wish to enroll in a Laughing Yoga class or watch films and read literature to make you laugh.  Seek the company of people with a sense of humor.

5) Learn to forgive. This will reduce your stress, which can trigger heart disease.

6) Keep a pet. If you are comfortable with and not allergic to animals, having a dog to stroke or cuddle releases the hormone oxytocin, which helps lower blood pressure.

7) Combat diabetes. Prehispanic Filipinos had a natural diet which emphasized freshly cooked food and had a healthy balance of vegetables, fruit and grains. This is confirmed in the chronicles of Pigafetta, which mention turtle eggs among the delicacies served them.

It is theorized from archaeological digs of ancient pottery that kilawin (our version of sushi)—rather than adobo or lechon—could have been considered our national dish then.

It would be safe to say that diabetes was most probably unknown then as a disease, until the Spanish taught us their different varieties of cooking with lard and butter and such sinful desserts as leche flan and petisu.

A sign of the times was when  Governor-General Manuel de Leon passed away in 1676 due to morbid obesity. He was matched in size in American times by Governor-General Taft, who became President of the United States.

Among measures recommended today for diabetics are:

Research has, however, shown that our savory kalamansi is poor in vitamin C and possibly not effective in this regard.

We must still research on our local citrus fruits such as dalanghita, lemoncito and dalandan.

3) Other food eaten daily which can help manage blood sugar are: beans, peas and lentils, oatmeal and dark chocolate (hooray!).