To Kenneth Cobonpue, Michael Lhuillier, this car race isn’t ‘about who gets to the finish line first’ | Inquirer Lifestyle 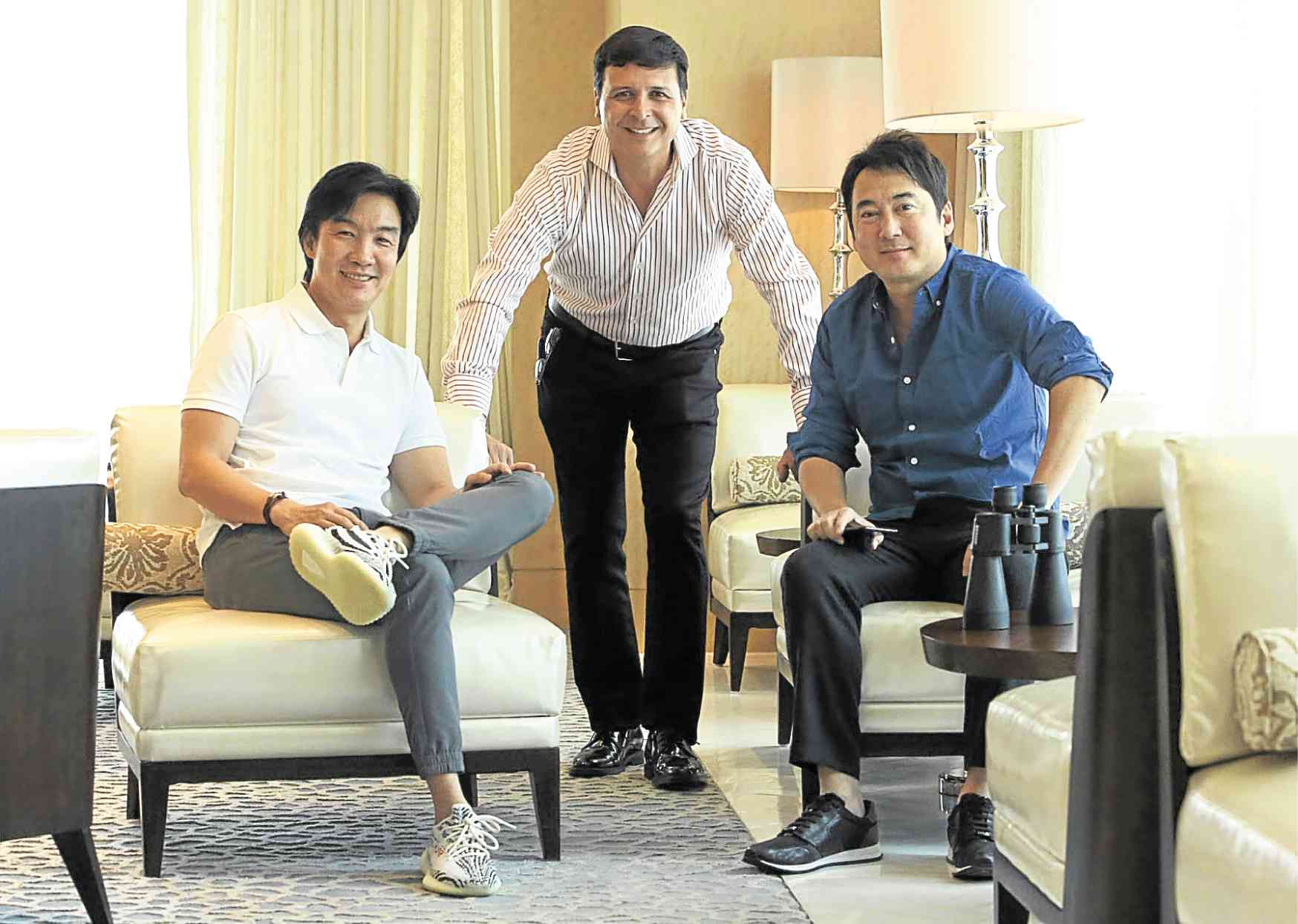 To Kenneth Cobonpue, Michael Lhuillier, this car race isn’t ‘about who gets to the finish line first’

Kenneth Cobonpue and Michael Lhuillier seem sheepish when asked if they’ve ever won the Tour de Cebu, the regulation race of their club, Performance and Classics Enthusiasts (PACE), first staged in 2014 for classic car collectors in the Visayas.

“Last year I did well, but I stopped to take photographs, and then I couldn’t catch up anymore,” Cobonpue, the world-renowned furniture designer, says with a grin. He placed fifth.

Lhuillier, the president of PACE, and his navigator got lost and wound up in 13th place.

“The first two days, my navigator friend who’s in his 70s was using an old-school, manual map, and everyone was making fun of him,” Lhuillier says. Fed up with the ribbing, they decided to ditch the map and use Waze.

But as they were traversing the hills of Bohol, they lost the GPS signal. “And then, you know, people play tricks on us  and move the signs…”

Cobonpue and Lhuillier are undeterred, since the race, they maintain, isn’t about winning: They merely want to take their cars out of their garages and drive them in the open roads—just as they’re intended. Vintage cars deteriorate if not used, they point out.

“The ultimate goal is to finish the race,” Lhuillier says. “If we win, great. We just want to make sure that our car finishes the 1,000 km without breaking down.”

On Oct. 20-22, PACE will hold the fourth Tour de Cebu, which will start in Cebu where the cars will be ferried to its neighbor province, Bohol.

The rally will cover 1,000 km across scenic Bohol, which the organizers prefer for the varied course its roads offer rally drivers. With the province’s new resorts and lovely beaches, the drivers also get to rest and unwind after a long day of being on the road, said Lhuillier.

The race, inspired by Italy’s 1,000-mile endurance race, Mille Miglia, has now attracted international sponsors, like the tire maker Pirelli, and watchmaker Chopard, the sponsor of the Italian race. (Chopard has even designed a limited-edition numbered watch for Tour de Cebu.)

The difference, explains Cobonpue, is that Tour de Cebu is a precision rally, not about who gets to the finish line first. Drivers must complete the course at a predetermined time. You can’t arrive too early or too late—you drive too fast and you’re penalized.

Each driver has a navigator who calculates the map and the exact speed at which they can arrive at the pit stop, about 300-plus km every day for three days.

This is the first rally of its kind in the Philippines, and just one among the few in Southeast Asia.

And since these are vintage cars, they’re not equipped with modern, high-tech gauges. Some of the cars don’t have roofs, which can be pretty challenging when it rains or under the midday heat.

“Your car shouldn’t break down,” Lhuillier adds, “because then you’ll have to make up for the time. You’ll just be fixing your car throughout the race.”

Cars conking out shortly after flag-off aren’t unusual. Of the 32 cars last year, six broke down.

“Nobody wants his car in a tow truck—the ‘trailer of shame,’” Lhuillier says with a laugh.

That’s why car owners work hard to get their rides in tiptop condition. While Cobonpue has chosen his ride for the rally—an Austin-Healey 100M 1955, the oldest in the race—Lhuillier says his is still a work in progress, whichever would be most ready to be driven 1,000 km in three days.

Tour de Cebu is expecting 50 drivers this year, with foreign participants for the first time—from Hong Kong, Singapore and Spain. Previously, cars had to have been manufactured in 1972 or earlier, but PACE decided to lower it to 1978 this year because they mistakenly thought they wouldn’t get enough participation.

In the past, they’ve taken the race to Boracay, Negros and Leyte; it’s also PACE’s way of promoting tourism in the region, and the local governments have gotten on board. People throng and line up the streets to ogle at the convoy of classic cars arriving a minute after the other.

“Most keep these cars in their garages—garage queens. We encourage them to not just keep them there but drive,” says Cobonpue. “That’s what we do as a club. These cars are old. They have no electronic mechanisms, no air-conditioning, no power steering, the brakes are antique, yet we drive them. It’s just man and machine, no electronic gauge to guide you. And it’s beautiful because you’re just surrounded by this metal cockpit with the basic gauges.”

He adds with a laugh, “When you’re driving one, you don’t have to drive fast to feel fast. Sometimes the whole car shakes!”

Adds Lhuillier, “The fact that we can make them run 1,000 km at a time just shows their beauty. We get our hands dirty, we share parts, we help each other when we get stuff from abroad. It’s a community. These are mechanical art that you just don’t look at.”

Cobonpue and Lhuillier have passed on their passion to their respective sons, both 17 and incidentally also good friends. The teens are, however, not yet allowed to drive in the rally. Andre Cobonpue and Miles Lhuillier are navigators for their dads.

Tour de Cebu 2017 aims to raise funds for Emergency Rescue Unit Foundation, Cebu’s local equivalent of 911 in the US. The race has already raised about P500,000 for the agency.