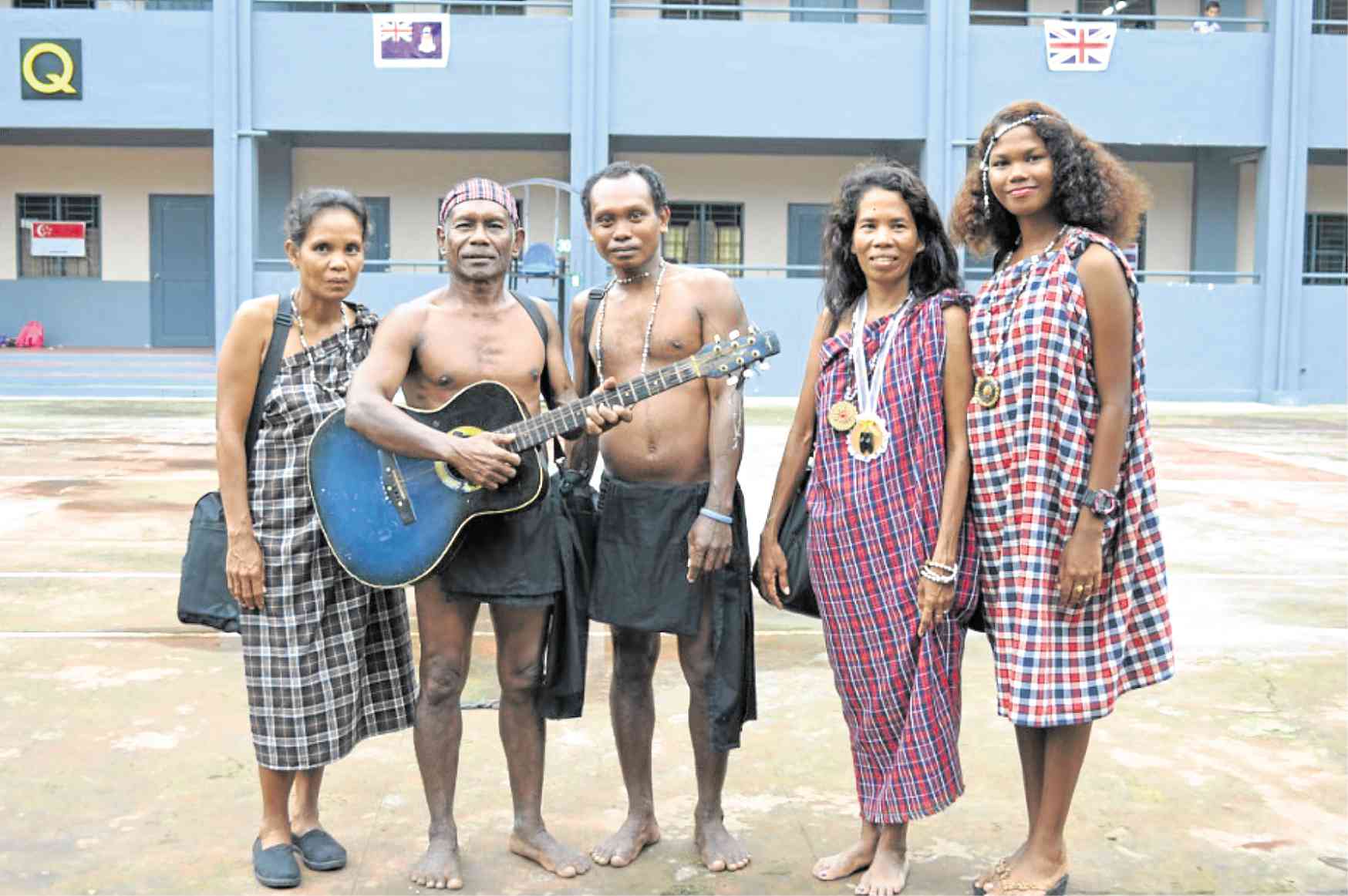 With Gabaldon-type school building as background, ethnic groups from different parts of the country and South Korea performed traditional dances, songs and rituals in front of an appreciative crowd of primary and high-school students at Concepcion Elementary School in Marikina recently.

The performance was part of the celebration of Dayaw, the Philippine indigenous peoples festival observed every October.

Performing were groups from the Mountain Province, Palawan and Sulu, as well as the Manobo Lapaknon of Caraga, Ati of Antique, B’laan of Southern Mindanao.

An indigenous group from South Korea was an instant hit because of the popularity of K-pop music and Koreanovela TV soap operas.

Alphonsus Tesoro, National Commission for Culture and the Arts commissioner, said the festival opening at Rizal Park in Manila and celebrations around Metro Manila sought to introduce indigenous peoples to Metro Manilans.

Tesoro underscored the importance of cultural education for students and the public.

Performing “Kuratsa” and the song called “Miroy,” William Sangher, an Ati delegate from Antique, said in Kiniray-a language that they were elated to show their traditional songs, dances and rituals. He added they were also happy with the performances of other ethnic groups. —CONTRIBUTED