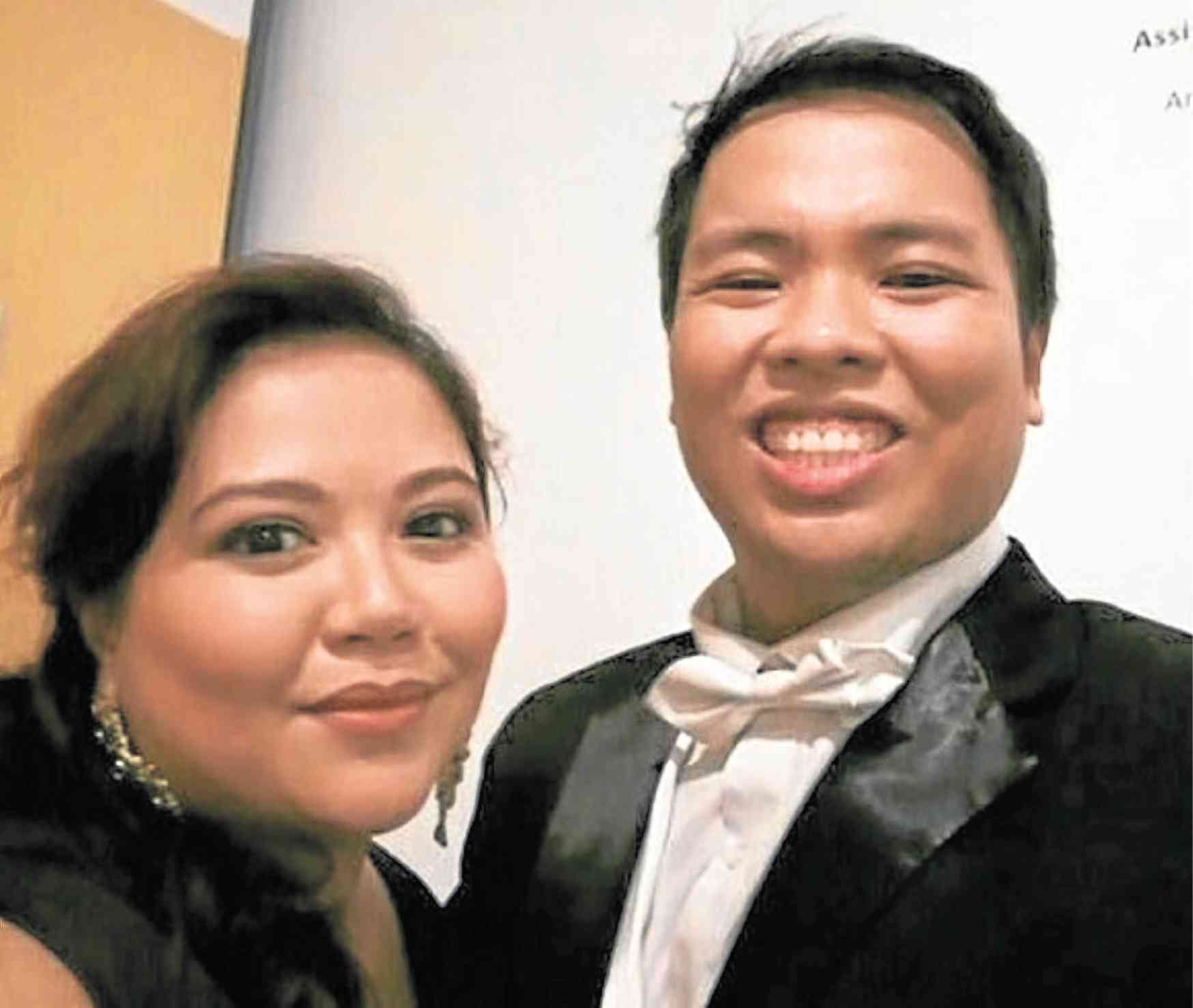 Anna Migallos and Nomher Nival as Violetta and Alfredo in the chamber version of “La Traviata.”

Chamber version of ‘La Traviata’ to be staged Oct. 26

La Traviata” can be enjoyed without the usual lavish costumes, expensive sets and a full orchestra, according to soprano Camille Lopez Molina, musical director of a chamber version of “La Traviata” at Ayala Museum on Oct. 26.

She says that if productions would focus on the music, text and voices, opera could be enjoyed without the producer losing an arm and a leg.

“Presenting the opera in a less expensive way serves a two-way purpose, which resonates deeply with me, and that is to give the singers a chance to vocally, musically and emotionally connect with the opera and keep it real,” she says. “By doing so, we help the audience gain a deeper connection, a more truly ‘up close and personal’ experience of the opera itself, not the spectacle of it. That will give them a reason to want more of the music, and not just the show. Just because we don’t have a full production doesn’t mean we can’t have the full emotional experience of the opera.”

“It’s much harder when you choose the opera first, because then you have to look for voices you might not even find, or, worse, force voices to fit the roles,” says Molina.

Azcona will complement the younger singers, she adds. “His voice, his musicality, his stage presence, his performance experience and the fact that he is a real team player will give such great support to younger, more inexperienced coperformers.”

As for Migallos and Nival, they are at that age in which the voice is approaching full maturity, Molina says.

“The rapport among these three—their voices and personalities—is quite amazing, and one of the things I am most excited about in this performance,” she concludes.