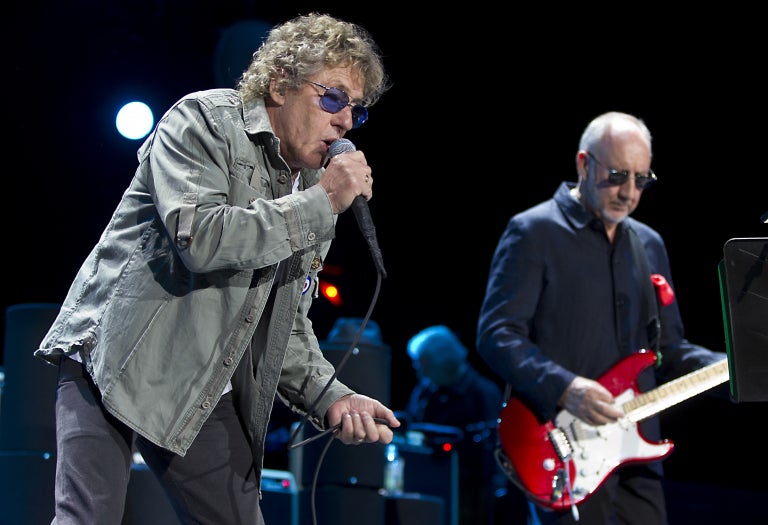 Roger Daltrey (L) and Pete Townshend, singer and guitarist of the British band The Who, perform in Amsterdam in 2013. Image: AFP/ANP Paul Bergen via AFP Relaxnews

The Who’s Roger Daltrey to put out memoir next year

The frontman of The Who, Roger Daltrey, is to release an autobiography next year, taking readers through his 50-year career with the iconic rock band.

Daltrey was born in 1944 and was working at a sheet metal factory when he assembled The Who in 1961, beginning with member John Entwistle, who then suggested that Pete Townshend should also join. As the lead voice of the band, Daltrey became known for his stage presence and energy.

In addition to his success with The Who, Daltrey’s solo career has spanned eight studio albums.

“I’ve always resisted the urge to ‘do the memoir’ but now, finally, I feel I’ve enough perspective,” said Daltrey.

“It’s taken three years to unpick the events of my life, to remember who did what when and why, to separate the myths from the reality, to unravel what really happened at the Holiday Inn on Keith Moon’s 21st birthday,” Daltrey added, referring to an incident involving debauchery and hotel damage when the band was in Flint, Michigan, in 1967.

An announcement from the Daltrey’s United Kingdom publisher promises more than “just a rock and roll memoir; it’s also a glimpse into life in Britain from the 1940s to the 1970s, a tumultuous time of change.”

The autobiography is due for release in fall 2018. JB