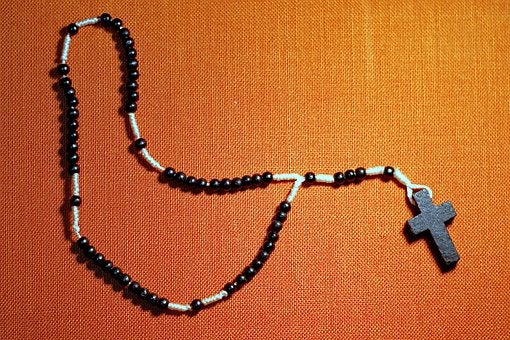 The Philippine Church is calling on Filipino children to pray the rosary this October for world peace, especially for the children displaced or suffering because of the wars in Syria and Asia Minor.

Corazon Yamsuan, media consultant of the Philippine office of the international Catholic pastoral charity Aid to the Church in Need (ACN), said the campaign is part of ACN’s worldwide “One Million Children Praying the Rosary.”

This year, ACN said, the prayer campaign is dedicated to the children in Syria, “the innocent victims of a never-ending war.”

Children in the Philippines would join this activity through the initiative of the dioceses and religious communities all over the country, ACN Philippines said.

ACN Philippines started the One Million Children Praying the Rosary after it began its operation, as one of only two national offices in Asia (the other is Korea).

The children’s rosary campaign was initiated in 2005 in Venezuela. The initiators had placed their faith in a quotation from St. Padre Pio, “When one million children pray the rosary, the world will change.”

This gave the initiative its name. The response from all over the world has been great. Last year, children in 69 countries took part in the prayer campaign.

“In 2017 especially, the 100th anniversary of the appearances of the Queen of the Holy Rosary at Fatima, the best thing we ACN do for peace in this world is to take the message from heaven seriously,” said Cardinal Mauro Piacenza,  president of ACN, a pontifical foundation.

“Is it not significant that God chose children in Fatima to be the recipients of the most momentous peace plan for the new age?”

“The children understood the language of Our Lady and, most importantly, believed her words. Shouldn’t we be doing so much more to teach children and support them in playing a part in this peace plan, a plan that is more topical than ever today?” Piacenza added.

Materials for the prayer campaign of ACN could be downloaded here: http://www.millionkidspraying.org