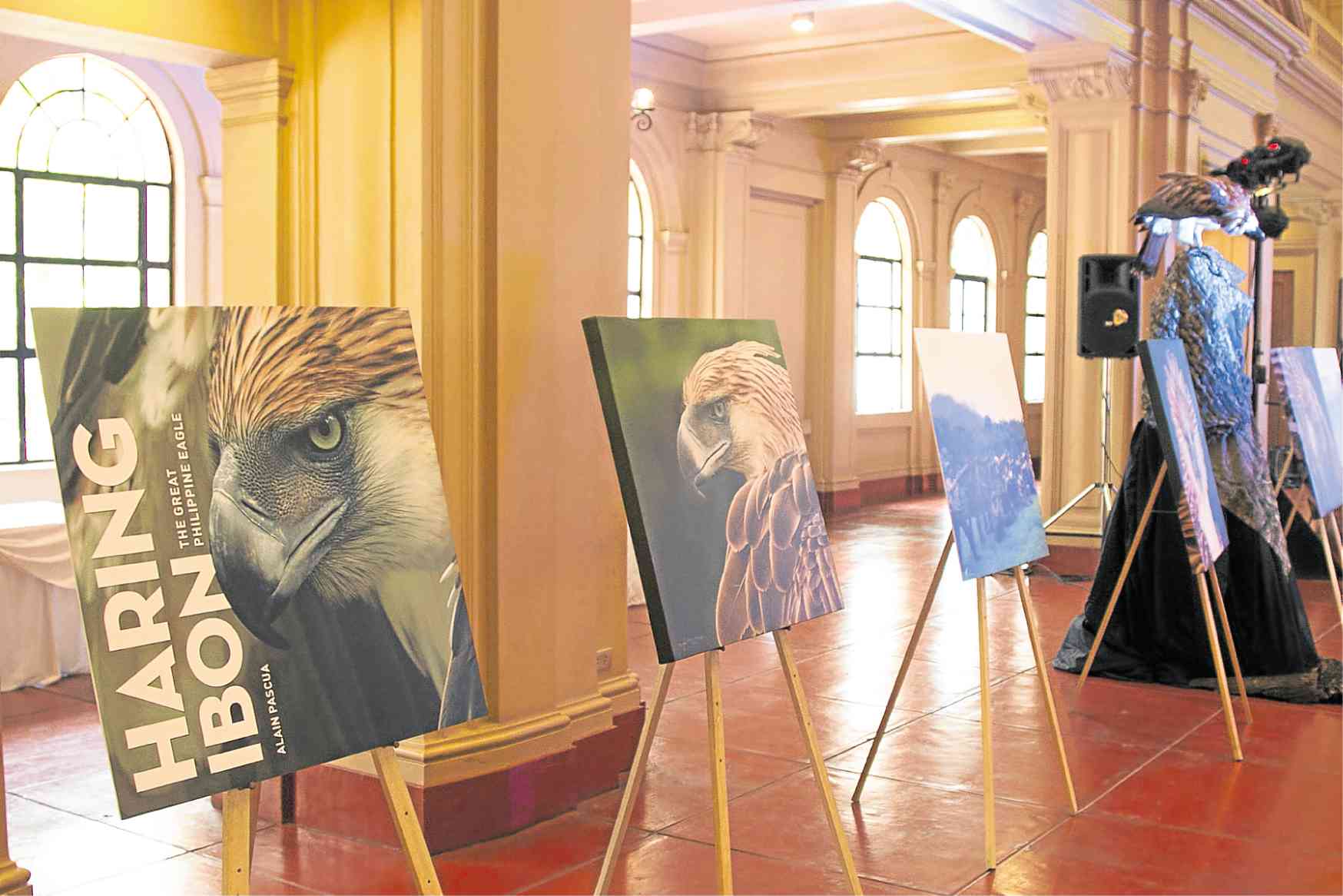 The book launch of the “Haring Ibon” coffee-table book was held at the Old Senate Session Hall in National Museum, Manila. —ALEXIS CORPUZ

“The Philippine Eagle will look you straight in the eye. It has no fear, since it’s an apex predator,” said Agriculture Undersecretary Fred Serrano. “It doesn’t need to be afraid, since it has no natural enemies. The moment the eagle looks straight through your lens, you immediately feel that the hunter has become the hunted.”

Serrano was part of a wildlife photography team to Mt. Apo National Park led by Alain Pascua, cofounder of the Wild Bird Photographers of the Philippines Inc. (WBPP).

It is unique because it has over 100 photographs of the bird in the early stages of its life.

“Although the Philippine Eagle has been written about in articles and books, this is the first time that the magnificent bird is given prominence in a whole book through documentation… in its natural site at Mt. Apo Natural Park,” said National Scientist Angel Alcala.

Most photos in the book focus on the eaglet Sinabadan, whose name means “unity” in the dialect of the Bagobo Tagabawa tribe. The tribe plays an important role in the conservation of the Philippine Eagle, since their ancestral lands encompass its natural nesting sites.

Pascua, along with fellow photographers, documented the life of Sinabadan until the bird’s adolescence when it learned to fly. The book features dozens of rare photos of eagles taking care of their young, a veritable treasure for scientists and Philippine eagle enthusiasts everywhere.

“Since the Philippine Eagle has no fear of man, it is exceedingly easy for poachers to hunt them. The courage and majesty of the Haribon is their downfall,” said Pascua.

“The Philippine Eagle is very territorial and requires vast acres of land to flourish,” he added. The dwindling of its natural habitat endangers the survival of the species.”

The largest eagle in the world, it stands three feet tall with a wingspan of seven feet. The eagle has been seen in Luzon, Leyte, Samar and parts of Mindanao.

The Haribon is the only bird with blue gray eyes. It has a unique head crest of brown and white feathers, which the eagle can lower and raise at will—a crown befitting the king of eagles. —CONTRIBUTED