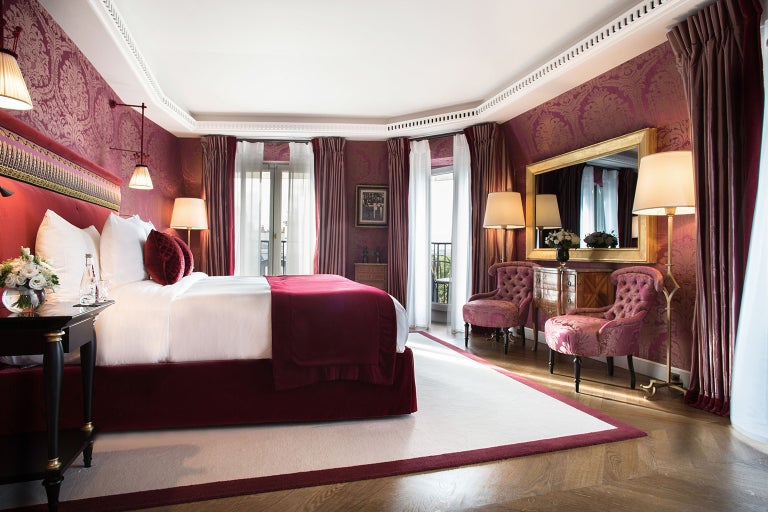 La Réserve Paris, a sumptuous, boutique hotel located steps off the mythical Champs-Elysées with views of the Grand Palais and the Eiffel Tower has been named the world’s best hotel 2017, by readers of Conde Nast Traveler magazine.

For the publication’s 30th annual Readers’ Choice Awards, the 40-room boutique hotel outranked every other luxury hotel in the world to take the auspicious title.

This year, more than 300,000 readers cast their votes in categories like best hotels, cities, cruise liners and resorts.

Rounding out the podium for the best hotels in the world are The Lodhi, New Delhi, India and The Gainsborough Bath Spa, Somerset, United Kingdom.

Every room comes with a dedicated butler who will do everything from pack guests’ bags, run a bath or order the kitchen to prepare a custom meal.

Along with a wood-paneled library and smoking lounge, other hotel amenities include an indoor pool, wine cellar and two Michelin-starred restaurant Le Gabriel, which serves classic French dishes with Japanese twists.