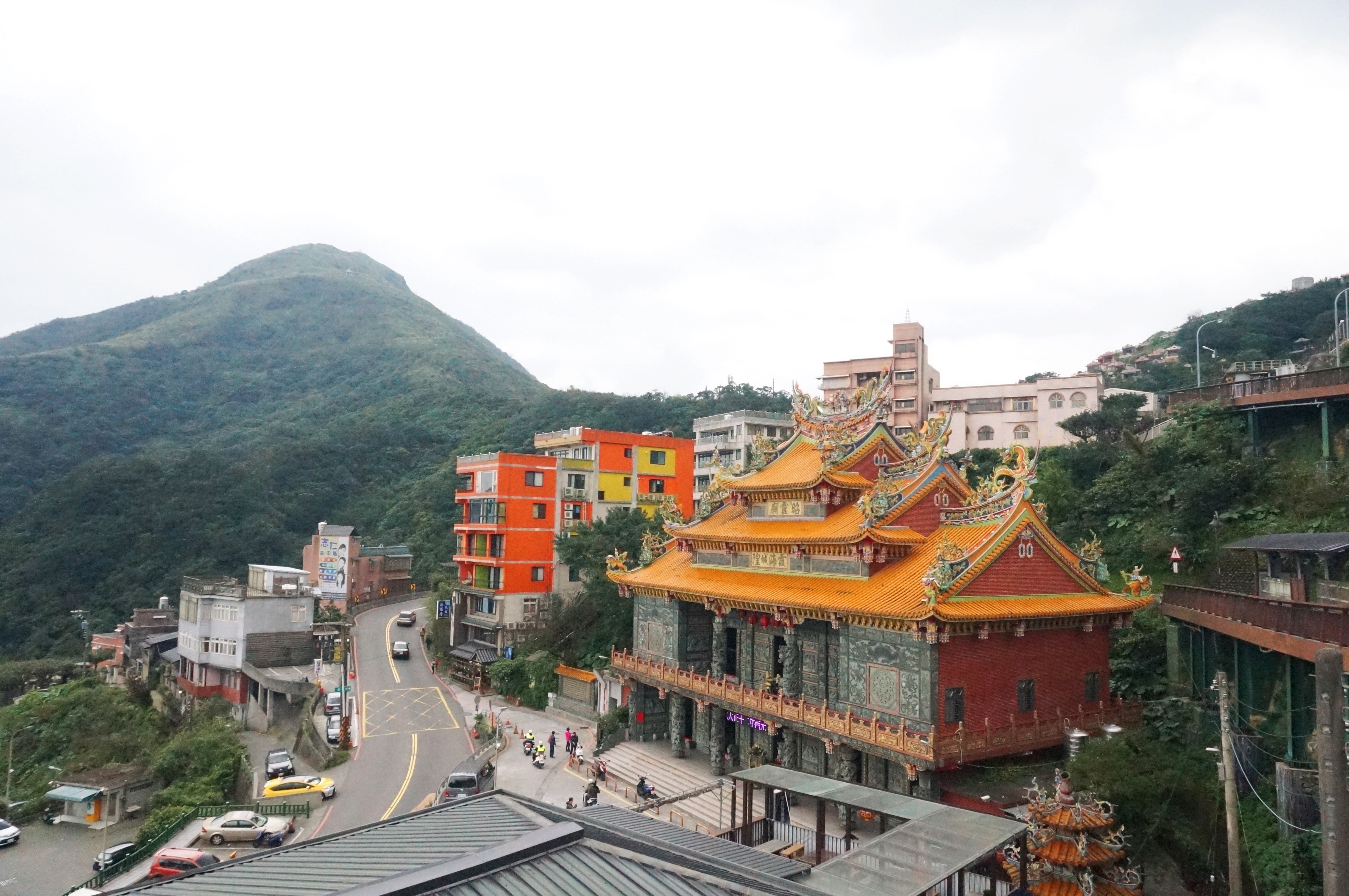 I touched the sky lantern with my right hand, gazing at the surface of its colored craft paper in which I wrote my wishes in black ink.

It was February, the month of love. I could’ve penned my hopes for intimacy at the annual Pingxi Sky Lantern Festival in Taiwan, where thousands of people partake in the age-old tradition of lighting up and releasing sky lanterns in the air, a method of sending wishes to the gods.

Instead, I marked down two things as I felt the candle’s fire warming up the lantern’s bamboo frame.

Just 28 hours ago, I arrived with two of my friends at the Taiwan Taoyuan International Airport, a few minutes past midnight. Our mission was simple: to explore Taiwan’s historical and cultural abundance for a weekend.

Known for centuries as Ilha Formosa, Taiwan is an island that thrives in its natural and cultural wealth, where travelers find endless thrills in its marble-walled valleys and bustling cities that boast a wide array of cultural and gastronomical treats.

We showed ourselves out of our hostel at Zhongzheng district and journeyed to the city’s heart by foot. We made our first stop at the Huashan 1914 Creative Park, where we witnessed the remnants of an abandoned factory complex come alive with artistic monuments and artwork in its concrete walls and high ceilings.

Taipei’s streets express themselves to the walker with their intricate arrangement of signage, bearing huge Mandarin characters and lush greenery lining the city’s busy roads.

All this we witnessed as we walked to the Taipei Metro to board the train to the World Trade Center, where we found ourselves at the very foot of the colossal Taipei 101 skyscraper.

Conquering heights had always been a personal wish, and we wasted no time to reach the building’s 91st floor. From there, I surrendered to the sight of the urban beast: adequately spaced concrete and glass structures parted by roads both wide and narrow, all embraced by a green and rocky landscape.

The view of the city felt strange yet familiar when we hiked to the top of the Elephant Mountain Trail, a 20-minute walk away from Taipei 101. I was still panting from the last few steps I took when the scenery at the top that welcomed us left us in a daze: the Taipei skyline swathed in fog, with lights slowly flickering to life, welcoming the early hours of the evening.

Taiwan’s past culminates at the National Palace Museum in the Shilin District. With its collection of almost 700,000 pieces of artifacts and artworks, the museum leaves every goer in awe.

But it was only at the foot of the Chiang Kai-shek Memorial where we were bemused by a single monument that emanated so much power in its architecture; we only stood in front of the building and gawked at its majestic assemblage of white marble walls and blue-glazed octagon rooftop.

At night, Taipei is cloaked in a yellowish tint as parades of paper lanterns hang above the streets, and pulsating neon lights emanate from shops that bound the city’s roads.

Taipei’s night markets are a different world. The small spaces they occupy are further narrowed down by moving crowds, bustling to make the next purchase. The mouth-watering aromas waft from the tables and kitchens of the market.

In Taipei, it’s easy to ditch the bars and clubs because of the city’s alluring street food. An extensive assortment of treats is available to anyone: from pepper meat buns and eel noodle soup, to the famous stinky tofu.

That evening, we visited Roahe Street Night Market at the Songshan District and sought refuge in a non-descript shabu-shabu house, and had delightful servings of seafood, kimchi and pumpkin hotpots to warm ourselves in the midst of the intensifying winter winds.

Taiwan’s abundance is best unearthed at the outskirts of the capital, where rural districts with natural sites and cultural ways serve as an extension of the entire island.

My friends and I rode a train to the suburban district of Ruifang and traveled by bus to the mountain town of Jiufen. We squeezed our way to the town’s Old Street, which was full of teahouses, street-food shacks and souvenir shops on both sides. The narrow alleys were dotted with red paper lanterns and alive with the sound of people in transactions: 100 TWN dollars for a keychain, 50 for bubble tea, and 10 for a deep-fried donut.

Charcoal clouds had already gathered in the sky when we arrived at Pingxi for the sky lantern festival. Everybody was busy inscribing words and phrases on their lanterns, releasing them up in the air in numbers. Hundreds of lanterns were clustering in an overcast sky, the winds blowing them slowly to the direction of the mountains to the west.

Just on the fringes of Taipei, we dropped by Maokong Village located at the top of a mountain. We visited Yao Yue Teahouse to sample unfermented tea and sweet potato pastries. The tea-making process was complicated, but after all the trouble of pouring, mixing and sniffing, we were able to take a sip from our cups and enjoyed the mountainous terrain being enveloped by a looming fog.

“This trip was good,” I said to my friends.

Somewhere back in Pingxi, I looked back at our own lantern, which was ready to fly with our wishes, both sincere and silly. I traced the outline of the lantern and read the things we’ve written.

“Guys, I don’t think we should fly the lantern,” one of my friends said. “I realize it’s bad for the environment.”

The three of us laughed. She was right. As the rain clouds hoarded above us, we hurried along the narrow alleys of the district, against the stride of hundreds of tourists going to the festival.

On our way to the nearest train station, I saw a woman, who seemed to be in her late 70s, finishing her sky lantern with messages.

As she lit her lantern and released it to the air, I wondered what were the wishes she made. JB