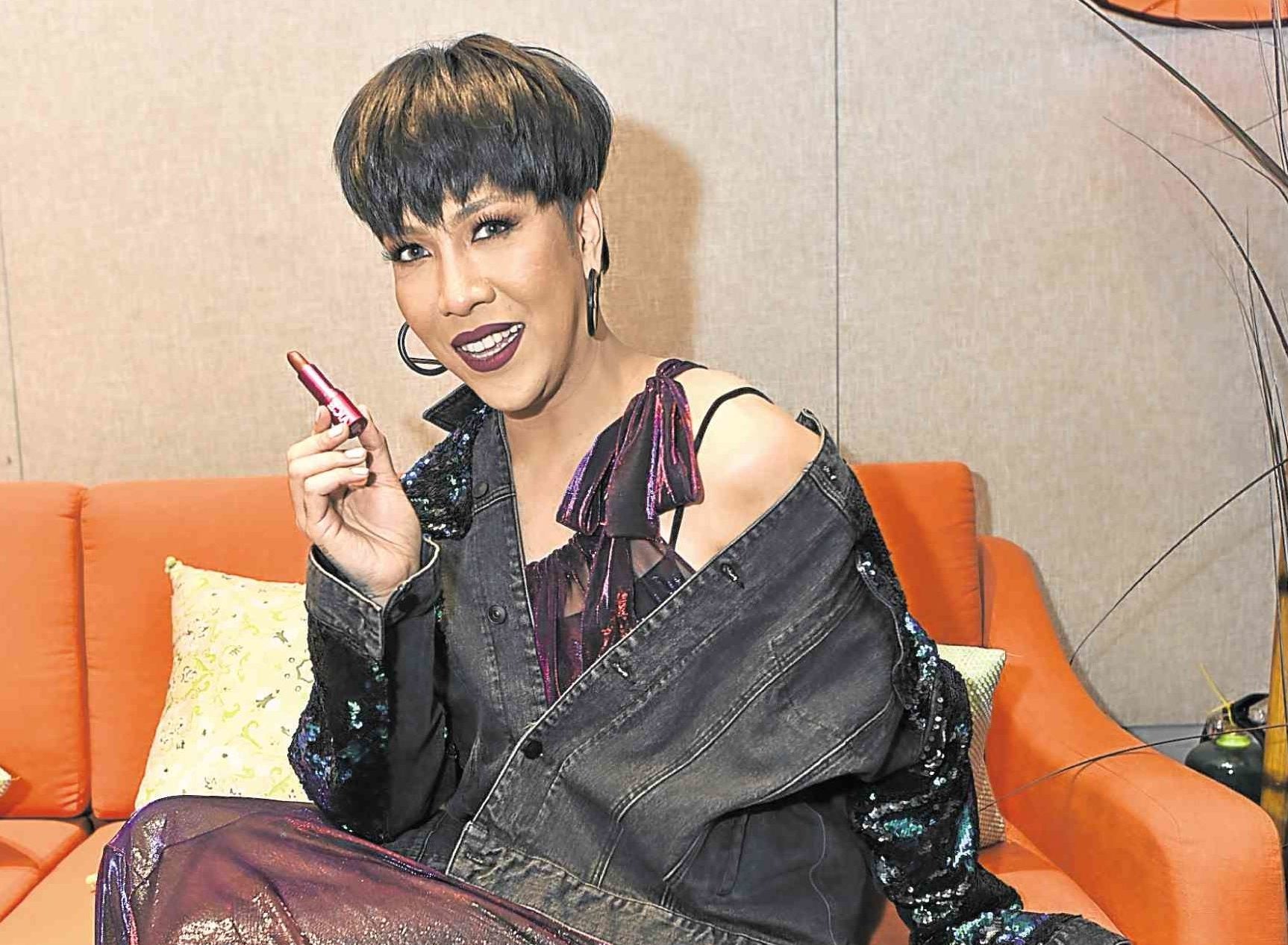 Vice Ganda hopes his fans will get the same joy out of his lipsticks as they do from watching him perform.

Unless they’re a Kardashian-Jenner, not many celebrities can claim they broke the internet when they dropped a product. But Vice Ganda could.

The actor-host-entertainer was on tenterhooks at the recent launch of his namesake beauty brand, Vice Cosmetics. The debut collection consists of eight shades of lipsticks, and another eight shades of boxed lip kits.

While on location for his next movie, he monitored the web launch of the products he spent months working on. Then he got the news: The website crashed owing to the volume of fans wanting to get a piece of Vice. (As of writing, the collection is sold out online, but it’s also available at Watsons and SM Department Stores.)

“I told my team that I wanted an online launch, and that I wanted it to happen like Kylie (Jenner, reality TV star and founder of Kylie Cosmetics), for the site to crash,” Vice says in Filipino. “But that was just a joke. I didn’t know it would really happen. I think if you say it out loud, the universe will hear you.”

Vice Ganda, a popular brand endorser, has made the big leap and decided to create a line that, he says, truly embodies who he is and what he stands for.

“The thing with endorsements is that you will try to fit in your personality to the product because that’s what you were paid for,” he says. “With Vice Cosmetics, this is me. It’s not just my name but myself that I’m giving to people who buy my products.”

Makeup, he says, is in sync with his image as a flamboyant and openly gay entertainer. And, from a business standpoint, the market for cosmetics is huge.

His imprint is visible in the collection, from its metallic fuchsia packaging to the kooky names for each shade that any true-blue fan would immediately associate with Vice Ganda: Ganderz, Kering Keri, Tarush, Pak Ganern, Kavogue.

It’s the genuine thing to do, he says—very Vice, no fakery or affectation. “I didn’t allow them to just use my name; we collaborated,” he says of his team, which had him as chief creative officer.

A lipstick is more than just a beauty tool, according to the “Showtime” host. To him, lipstick is symbolic of freedom, of being liberated from that young boy who would stealthily put on his mother’s lipstick. “When I was finally able to freely put on lipstick in college, it felt like I could do anything from that point on,” he says.

“Lipstick can do so much for a person, not just beauty,” he adds. “It gives you freedom, independence, self-esteem, confidence. It gives you life. It’s uplifting.”

Vice Ganda says he hopes his fans will get the same joy out of his lipsticks as they do from watching him perform.

Born Jose Marie Viceral, 41, Vice Ganda had one condition before going into the makeup business—the products had to be affordable. He’s from humble beginnings himself, and he wants to share a piece of his success through his products.

Vice Cosmetics, its founder says, is a very democratic brand. It’s for all ages, genders, and social and economic status. “At first I thought Vice was just for the masses,” he says. “And then I met rich people who watch ‘Showtime’ and my movies, who know my lines and ask to have a photo with me, and I realized Vice Ganda is for everyone.”

He’s unabashed about his big dreams for his beauty brand. He wants to see it become a household brand—and to expand its reach overseas.

“I’m so ambitious,” he says. “Whenever I do something, I have a long-term vision, since I exert money, effort, everything. Since I’m dreaming anyway, I might as well go all out.”