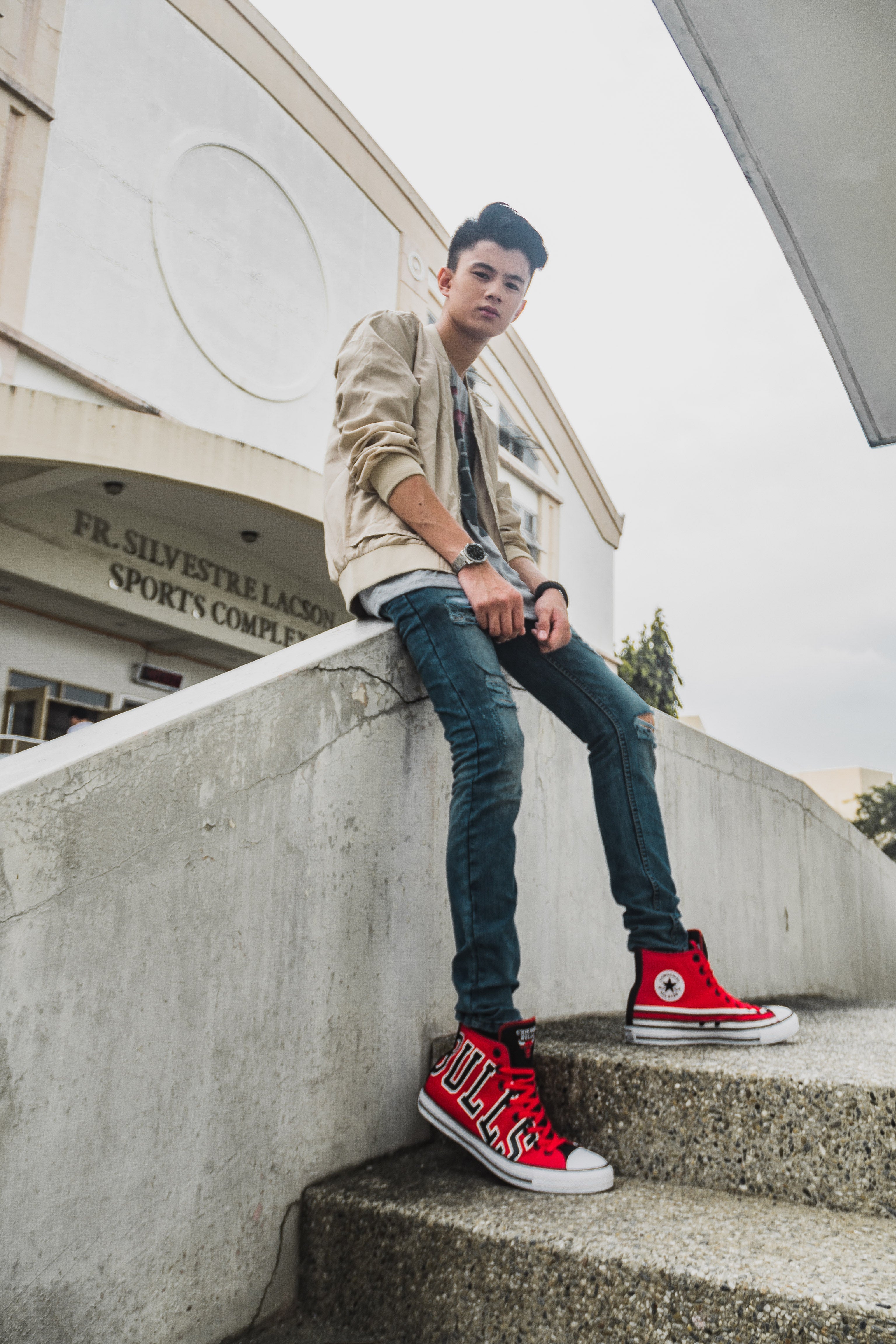 As the 2017-2018 NBA season kicks off, we asked students to try on the new Converse x NBA sneakers and pair them with their fave #OOTD (with style guidance from the To be You team, of course).

It was like Christmas in October when our student models eagerly chose sneakers emblazoned with the colors and logos of six NBA squads: New York Knicks, Boston Celtics, Chicago Bulls, Los Angeles Lakers, Golden State Warriors and Cleveland Cavaliers. Some chose shoes of their favorite NBA team, others picked pairs based on design and color.

In typical iGeneration fashion, these guys expressed their personal style in front of the camera.

“I’ve been a fan of the Celtics since I was a kid back in 2009. Ray Allen and Paul Pierce were my favorite players then. Now I’ve been waiting for Boston to head to the finals and win the championship. I have more hope for the Celtics this season since Kyrie Irving’s arrival, though I feel sorry for Gordon Hayward.”

“Even though the New York Knicks missed the playoffs for three consecutive years, I think Kristaps Porzingis has great potential to lead the team. I think he has a good future in the NBA.”

“I’m a fan of the Chicago Bulls because of the legacy of Michael Jordan, and because these Chucks look very ‘street.’ Also, the red color is eye-catching it makes the shoes stand out.”

“I like the LA Lakers because I’m a Kobe Bryant fan. There’s also this player I really like, Lonzo Ball. He’s showing a lot of potential.”

“I’m not much of a Cleveland fan, but it’s a good team. Also, the team’s color fits stylishly with a lot of get-ups.”

“The team has good chemistry and I’m a fan of Stephen Curry.”