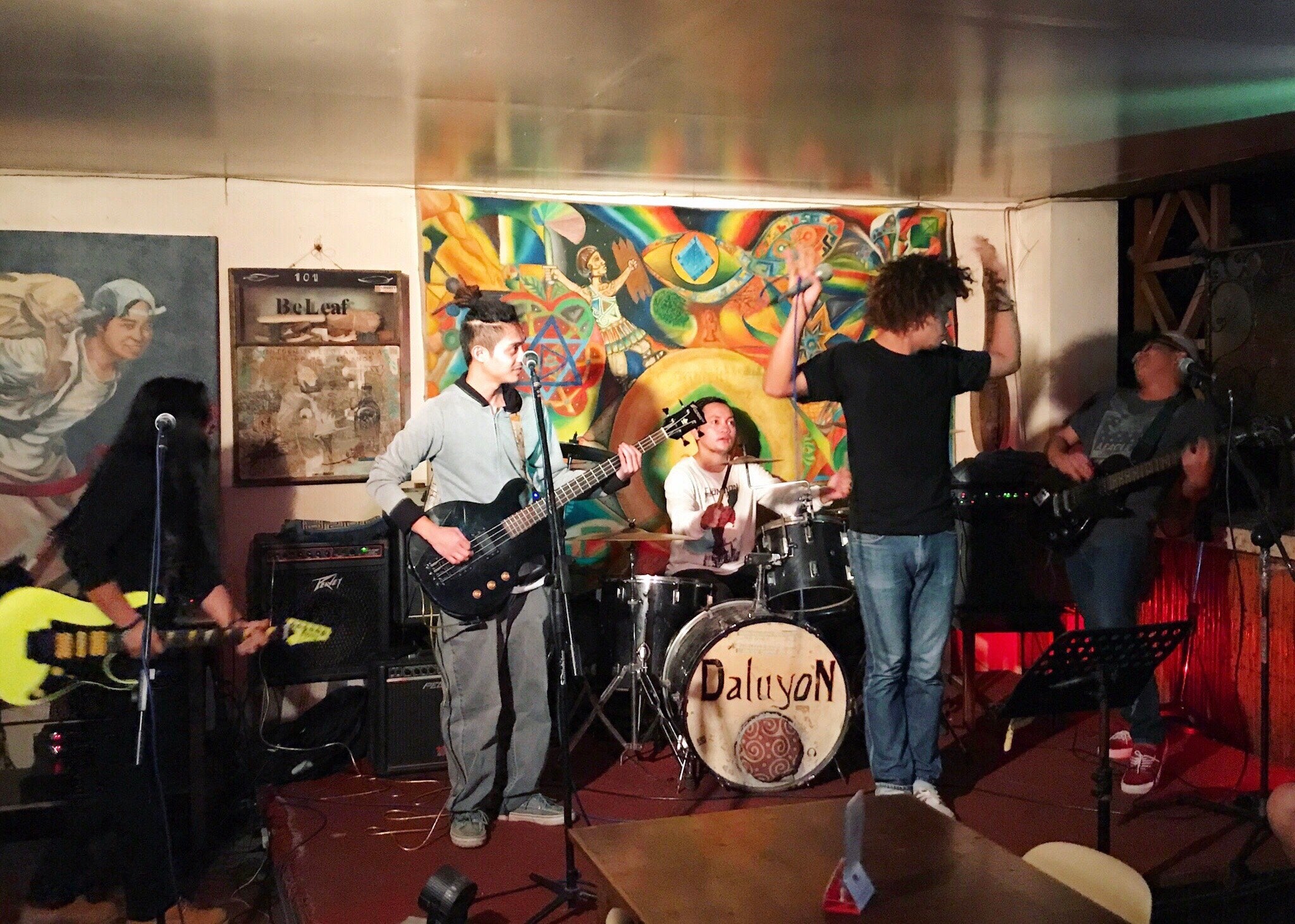 When guitarist Jon Sawac learned that a busking artist on Session Road got into an accident, his immediate reaction was to help his fellow musician. So right away, he made an appeal to his Facebook friends and called on to those who are willing to do a “charity gig” to cover for the man’s medical expenses.

This was how “Music for Change” band was formed. Jon (guitar, vocals), Jaymoh Javier (vocals), Melvin Soriano (lead guitar), Javie Alasaas (bass guitar) and Clinton Morgan (drums) all came from different bands but grouped together in the spirit of helping a needy fellow.

“Our first gig was a success, we were able to earn over P20,000 in two days by just playing on the very street where the busking artist used to play before his accident,” Jon told INQUIRER.net after their show one Friday night at a bar on Gov. Pack Road in Baguio City.

“We were not only able to pay for his medical expenses, we were also able to buy him a drum set which he uses now that he’s back playing on Session Road,” he said, adding that the artist used to busk using only old milk cans.

Realizing the power of music in helping others, the band decided to continue what they have started and has since took part in more than 100 “concerts for a cause” all over the Cordillera region in the span of one year.

Asked if they have always had a soft spot for the needy, Jon said that as able human beings, it is but right to do your responsibility in helping others in whatever capacity you can.

“We thought that even if we don’t have money, we would still help because, surely, there are other ways to do it,” Jon said pertaining to their benefit gigs which have helped cancer patients, those undergoing dialysis treatment, and even those who do not have enough money to bury their deceased loved ones.

He said that what their band does is like hitting two birds with one stone: they get to help while enjoying what they love doing the most which is playing music.

For Jon, he sees himself doing charity gigs for as long as he can. “I do it for my spiritual health,” he said. “Maybe one day we won’t be doing this together anymore but I know that each one of us will continue to do his share in helping others because this value has been instilled in us already.”

But just like with other aspiring musicians, it’s not all charity for the group. They also hope to make it big in the future and earn good money from their music.

Recently, they were invited by The Cordillera Connection to perform in a charity concert in Hong Kong, the proceeds of which will be used to fund future charity concerts.

“We did not get paid for it but it was a fun experience performing abroad,” said Jaymoh. “For now, it doesn’t matter if by the end of the day we only have enough change to pay for our ride home because our hearts are filled with happiness knowing what our music has done to inspire and uplift other people.”