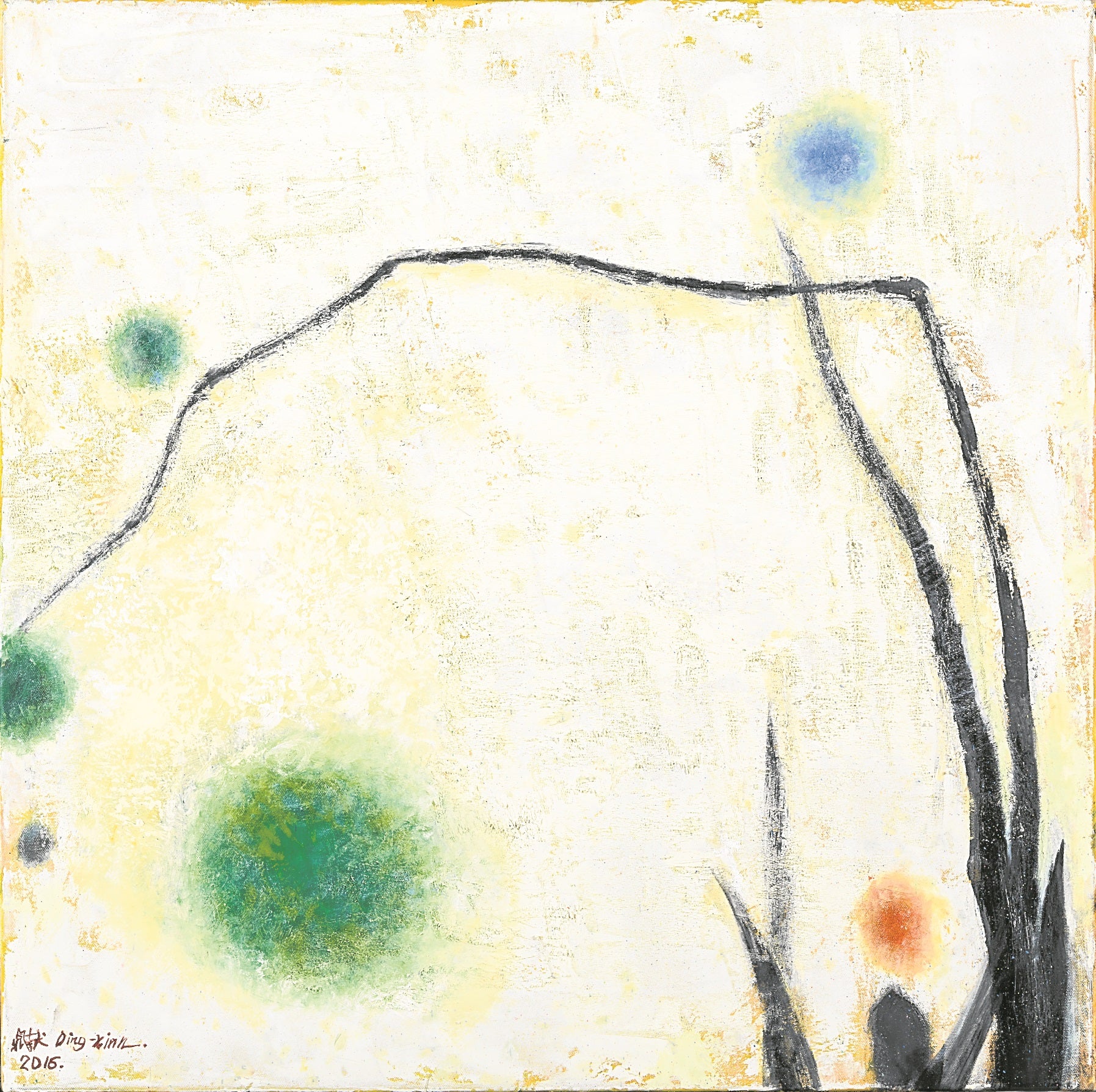 In the series “Finding Freedom Between the Lines,”

Taiwanese artist Yang Ding-Xian works with a palette that recalls a garden—a story of life and vitality as seen in hard stone cutting through soft moss.

Ding-Xian works with Western painting tools to express ancient Eastern wisdom. These are rendered in a harmonious mix of soft colors woven in with more definite, calligraphic brushwork, in the Chinese tradition of collapsing foreground and background to achieve balance.

The show, presented by Hiraya Gallery, is running until Nov. 11 at Makati Shangri-La.

“Emotive Regulations,” an exhibit of Mark Arcamo’s painting, is on view until at Kaida Contemporary.

Arcamo practices restraint in his creative provocations. Set against his scaled-down figures caught in motion, even Arcamo’s seated subjects, while at rest, seem to be at the ready to burst into action, muscles tensed, impending explosion.

Images are manipulated and cross-referenced between the pieces, dynamism and energy contained on the flat surfaces, yet almost bursting at their edges. Consciousness is sliced, splintered, and riddled with holes, questioning randomness and the rules that art aspires to break. 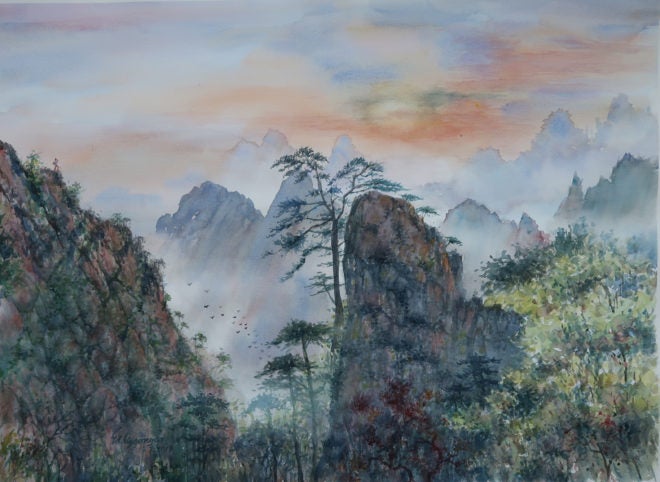 “Passages,” the solo exhibition of Eduardo Uygongco, is ongoing until Oct. 24, at ArtistSpace, Ayala Museum. Now 87, Uygongco presents works that allude to the passage of time and the various seasons of a long, fulfilled life. Once a businessman, he has devoted his retirement to art, his original passion while growing up in Iloilo. ArtistSpace is at the Ayala Museum Annex, Makati City.