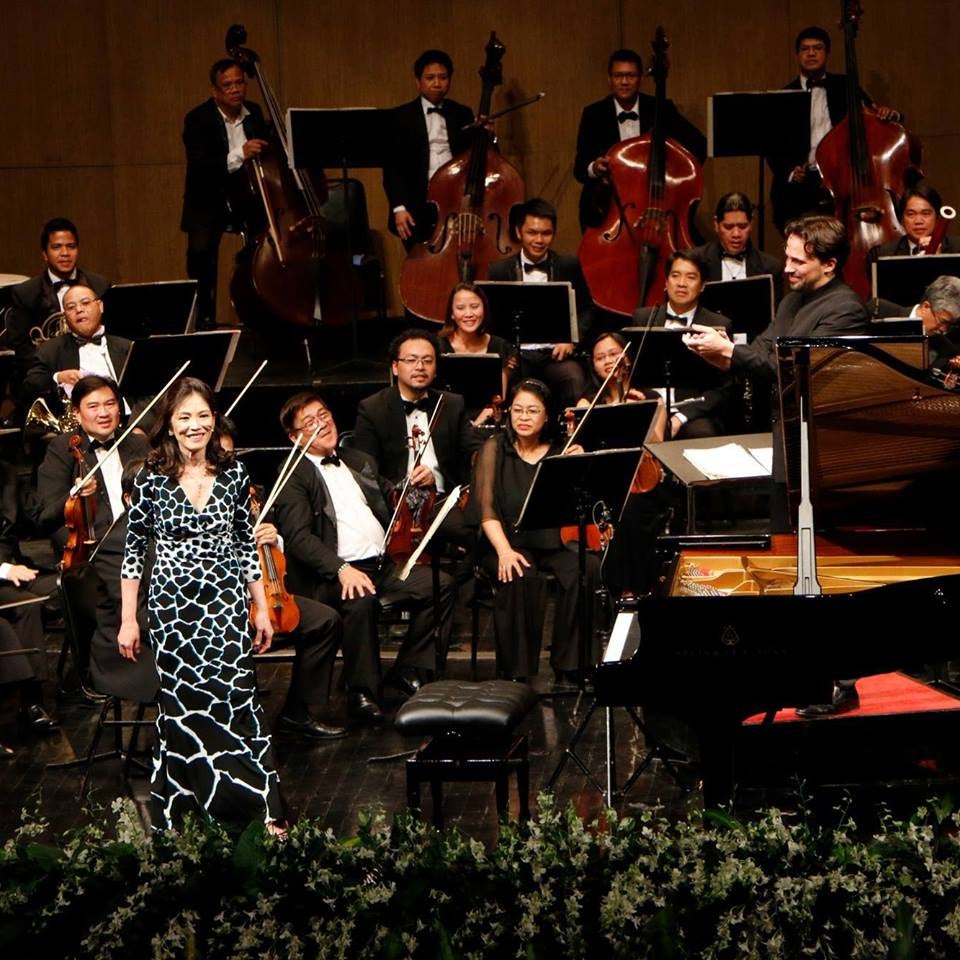 Licad to perform 2 Chopin concertos in just one evening at CCP Oct. 27

Pianist Cecile Licad reaffirmed her Chopin connection when she performed Chopin Piano Concerto No. 1 with the Vallejo Symphony of California under the baton of Marc Taddei.

She got a standing ovation.

Licad said she was touched. “For me, it only meant I did my job well.”

Licad will again perform with the Philippine Philharmonic Orchestra (PPO) under the baton of Olivier Ochanine on Oct. 27 (8 p.m.) at the Cultural Center of the Philippines. She is soloist in Chopin Piano Concertos No. 1 and 2 in just one evening.

It will be recalled that Licad’s recording of the F Minor Chopin concerto with André Previn and the London Philharmonic won the Grand Prix du Disque from Warsaw’s Chopin Society.

Licad was the first recipient of the CD citation from Poland’s Chopin specialists.

Licad’s phenomenal career shows she already had an excellent command and feel for Chopin as early as when she was 11 years old.

Licad’s first competition piece was the Chopin’s F Minor concerto which won for her the Manila Young Artists auditions when she was barely in her teens. She nearly didn’t make it in that competition because one member of the jury thought the Chopin concerto was not suited for an 11-year-old.

The same Chopin concerto was Licad’s debut with the New York Philharmonic under Zubin Mehta in 1981.

Like Picazo and Tupaz, Licad’s teacher Rudolf Serkin also chose the Chopin concerto for her debut piece with the New York orchestra.

Her performance at the Avery Fisher Hall was greeted with a standing ovation.

In her first recital in Poland, Licad used a Paderewski (noted Polish pianist and statesman)

piano, after which the critics hailed her as one of the “best Chopin interpreters in 15 years.”

When Licad first played Chopin’s Twelve Etudes, Op. 25 in Washington, D.C., some years ago, the Washington Post critic noted that throughout the evening, her “fierce intelligence illuminated the emotional core of Chopin.”

But nothing beats the erudite words of Philadelphia Inquirer critic Daniel Webster in his review of one Licad recital: “We hear a different Chopin from what our elders heard. The music is more direct, edgy, and muscular. The poetry is there, but the urgency of it is even more clear-eyed, more intense. The subtle differences have emerged as all the elements of life have changed around the music. Licad’s playing carries the weight of authority and the absence of doubt.”

For Licad, there is really no secret to her Chopin touch. “I learn the score very well, not just my part but everybody’s. Being with a chamber orchestra, you don’t just think about your music. But when I perform, I stop thinking and analyzing and play what I feel instinctively.” –CONTRIBUTED