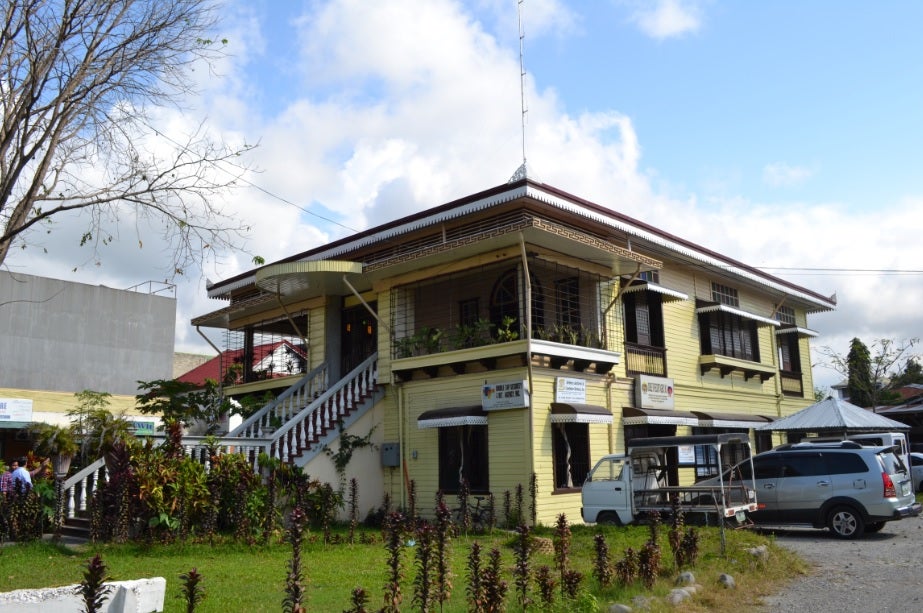 The end of the crisis in Marawi means the Islamic State conflagration has spared neighboring Iligan City in Lanao del Norte, where many of the refugees from the Lanao del Sur city have fled.

Although its history may not be as deep as Marawi’s, Iligan, a frontier town in the early 20th century when it led the industrialization of Mindanao, boasts of a number of houses with the sheen and splendor of heritage.

Badelles Street in downtown Iligan is host to a few remaining heritage houses like the prewar Ubaldo-Laya House and another with a unique balcony at its corner.

Another structurally important edifice is the Benjamin Andrada House on the nearby Araneta Street, notable for its unique and interesting design.

Author, cultural maven and former Central Bank governor Jaime C. Laya told Inquirer Lifestyle that since the city was a Christian area, home builders and their architects were greatly influenced by the architectural trends in Manila and Cebu rather than Mindanao vernacular architecture.

“The Ubaldo-Laya House has typical 1920s and 1930s features carried over from Spanish times, notably the external concrete staircase leading to an open balcony and from there the sala and dining rooms on the second floor,” he said, describing the house of his relatives, now adaptively reused as office spaces.

“The decorative metal cutouts on the roof and window awnings are also typical and carried over from the late 1800s,” he added.

Aside from these elements, the interior of the house has “lotus and bud” designs of the calado (fretwork) and a possibly undocumented “flower motif.”

Laya, who co-wrote the 2014 book “Philippine Heritage Homes” with Maria Cristina Turalba and Martin Tinio, further explained that the typical Spanish-period bahay-na-bato of stone or brick ground floor and a wooden cantilevered second floor had changed during the American period.

“By the 1930s, the overhang was gone and both ground and second floors already had wood sidings. Maybe wood was more available then, with mechanized sawmills,” he said.

Describing the house with a rounded corner balcony, Laya said the detail was uncommon, which could be the idea of either the owner or the architect.

“It could have been inspired by houses elsewhere built with a tower,” he said.

Meanwhile, the Benjamin Andrada House, Laya said, “is unusual in having three floors, numerous balconies and moreover enriched with arches,” adding that “not too many homes had exposed balconies like those because they quickly decay in the rain.”

“Unlike the first two, it has ventanillas, the balustered openings under windows that were standard in Spanish regime homes,” he explained.

This house, donated to the city government by the Macaraeg-Macapagal family in 1994, is the ancestral house of President Diosdado Macapagal’s wife Eva Macaraeg.

It is where former president and now Pampanga Representative Gloria Macapagal-Arroyo spent her childhood.

The young Arroyo lived in this house from age 4-7 and alternated living in Iligan and Manila until age 11.

At age 14, her family moved to Malacañang after her father’s election as the ninth president of the country.

The structure, declared a Heritage House by the National Historical Institute in 2002, was described by Laya as a home that “illustrates not only the home and home life of a 1950s middle-class Filipino family, but also the environment that nurtured a future president.”

“It seems to be a typical middle-class 1950s house—a postwar Mindanao version of Bauhaus and modernist architecture using milled wood, hollow blocks and wrought iron. It has a carport, simulated flower boxes, glass blocks on the stairwell and a slanted trellis,” Laya explained of its architecture.