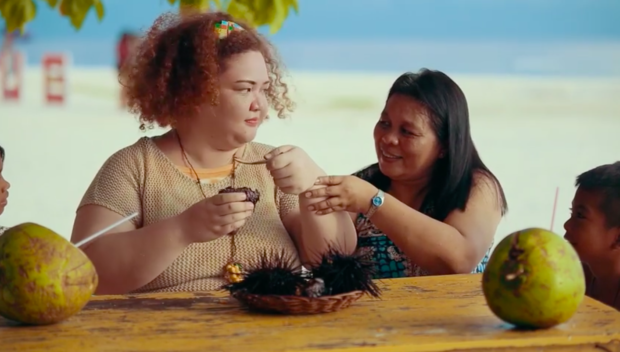 If you don’t know where Camiguin is, you’ll be booking a trip after watching this video.

Found between Bohol and Northern Mindanao, the small province is called the “Island Born of Fire.”

A woman left to explore the island on her own wonders to her friend about what she can do in a “small, quiet and boring” place.

She gets a completely silent tour guide and is as skeptical about it as we are, but we soon find out what about Camiguin transcends language.

Running for four minutes, the ad, themed #NoWords, manages to captivate netizens as it injects humor and a sincere sense of wonder at the island’s awe-inspiring seaside.

Part of the appeal is that the video shuns stereotypes, such as bikini-clad women on the beach. It also shows that women can travel alone safely to the province.

In a statement, the provincial government of Camiguin said that the video was created by a “team of creative millennials.” It was launched in time for the 38th Lanzones Festival on Oct. 22-31.

Director ER Alviz shared on Facebook that the video was produced with a “lean team.”

“I was left awestruck every single time we moved from one location to another… It makes me so proud to be a Filipino that we have something like this island in our backyard.” /ra