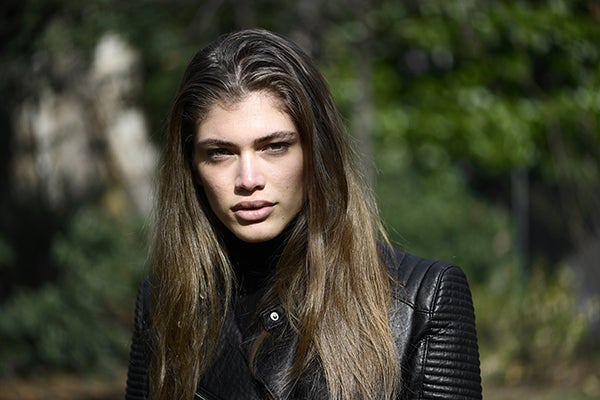 Transgender models changing the face of fashion in 2017

“Inclusivity” is a word that has not often been associated with the fashion world, historically, but transgender models are among those bringing about a long-awaited change with the industry’s approach to diversity.

Over the weekend, transgender model Andreja Pejic was signed up to the prestigious Ford Models agency, which counts fellow household names David Gandy and Noemie Lenoir on its books. It is the latest accomplishment in a long list of successes for the pioneering Pejic, a fashion star who started out in the industry as an ‘androgynous model’, featuring in the pages of Vogue Paris and walking the runway for Jean Paul Gaultier, before undergoing sex reassignment surgery in 2014.

Since then, she has become the first transgender model to land a fashion magazine cover, thanks to her front page shoot for Marie Claire Spain in February 2016, as well as the first transgender model to land a major beauty campaign, having been unveiled as the face of cosmetics brand Make Up For Ever in June 2015. This September, she walked in Prabal Gurung’s Spring-Summer 2018 ready-to-wear show in New York Fashion Week, following a busy summer that saw her grace the covers of Glamour Spain and Harper’s Bazaar Serbia.

But Pejic isn’t the only transgender model pushing boundaries in the challenging environment of high fashion. Last week, Playboy magazine named French model Ines Rau it’s first-ever transgender Playmate, a progressive statement from the media brand that will see her feature in the November magazine’s centerfold.

Playboy rang in the changes by publishing a photo of Rau in a white lingerie set to its Instagram account, with the caption: “Meet your November 2017 Playmate, @supa_ines,” followed by a quote from Rau that read: “Nudity shouldn’t be taboo. Nudity means a lot to me, since I went through a transition to get where I want to be. Nudity is a celebration of the human being without all the excess. It’s not about sexuality but the beauty of the human body, whether male or female.”

Elsewhere, transgender former soldier Chelsea Manning took the fashion industry by storm this fall when she posed for the September issue of US Vogue in a red swimsuit, photographed by the legendary photographer Annie Leibovitz, while Vogue Paris became the first French magazine to feature a transgender model on its cover when it put Brazilian model Valentina Sampaio on the front of its March edition.

And transgender model and trans rights activist Hari Nef kicked off the year with a starring role in the L’Oreal Paris campaign ‘Your Skin, Your Story’ back in January. There may still be a lot of work to do before the fashion industry embraces equality and diversity unequivocally, but could 2017 be the seminal moment in which transgender models begin to stake their claim to the spotlight? JB