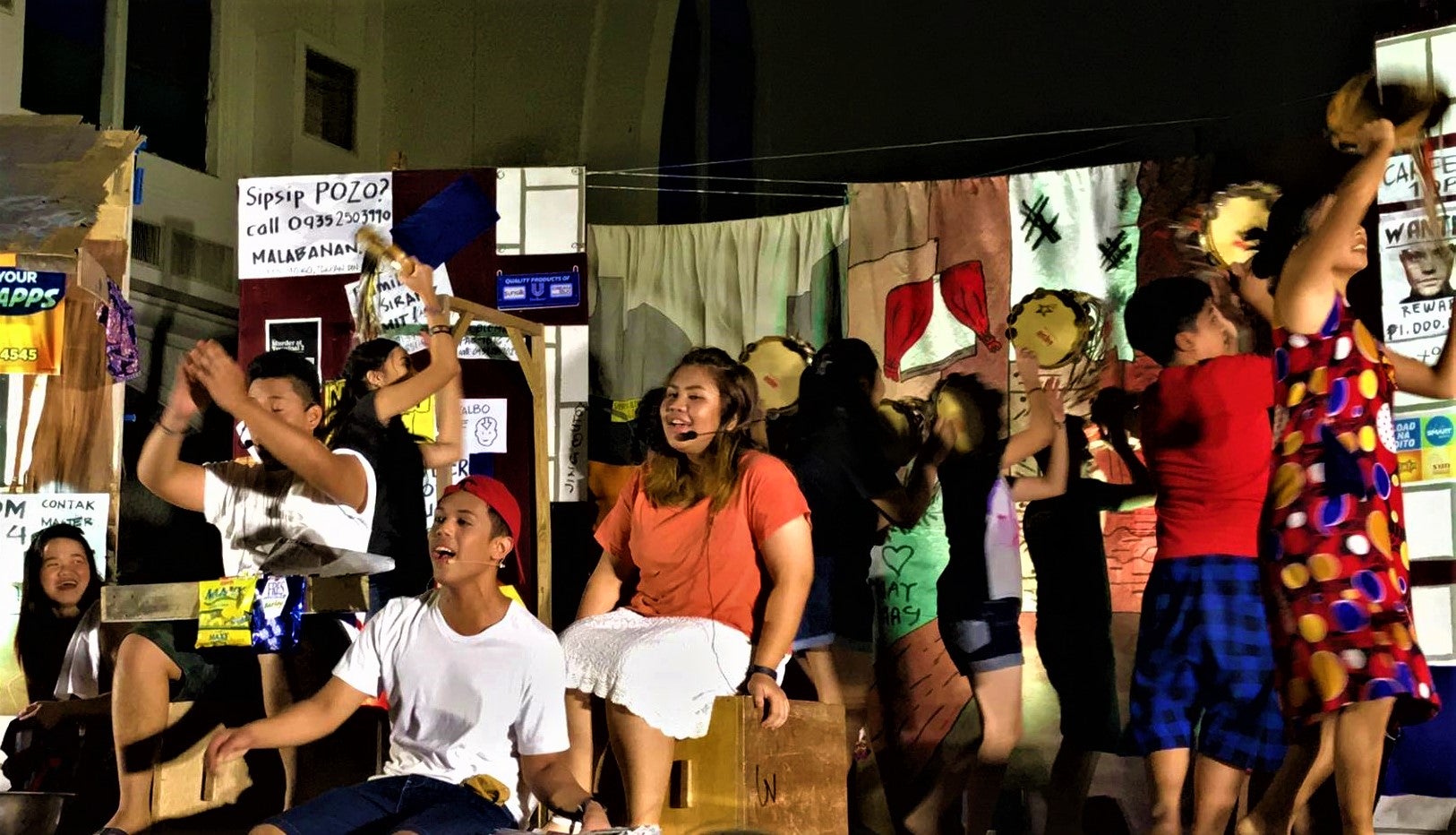 The UCCP (United Church of Christ in the Philippines)-Ellinwood Malate Church in Manila is celebrating its 110th anniversary. And one of its major activities is the staging of a musical on social injustice, titled “Missing,” by a clutch of its young talents in theater, mime, band and orchestral music.

The play is having its premiere today, 6 p.m., at the Ellinwood Malate Church; admission is free.

The music was composed by George Bernard “GB” Supetran, and will be performed by the Ellinwood Chamber Orchestra, which he founded and developed. Supetran is the principal viola player of the University of Santo Tomas Symphony Orchestra, a graduating student of the UST Conservatory of Music and a mainstay of Alfonso “Coke” Bolipata’s Pundaquit Festival in San Antonio, Zambales.

“While I was creating the music I was picturing Tondo, the place where I spent my childhood, because the play’s setting is in the slums,” said Supetran.

Some of the songs were written by Wayne Chua. Four writers, meanwhile, put together the script: Zia Alguso, Abegail Tirona, Thea Guarino and Ianna Cometa. Director is Andre Amistoso, a former member of the UST Singers and now a medical student in the university.

“Missing” is the melancholy story of Makmak (played by Geoff Ortiz), an orphan teenager and newsboy who is unjustly accused of being a drug addict during a police raid. Even worse, his Lolo Berto (performed by Rev. Bobby Alguso) goes missing, becoming a desaparecido as in the martial-law days. Makmak undertakes a lonely quest in search of his grandfather, feeling frustration at every turn as he comes face to face with a wounded society—
but buoyed only by his faith in God.

“We kind of based our storyline on the injustices we see around us,” said Amistoso. “As director, I feel the lack of formal education is not a hindrance to creating a big production. Hopefully, the production will inspire the kids to come up with more ideas, more poetry, original music and concepts.” –CONTRIBUTED