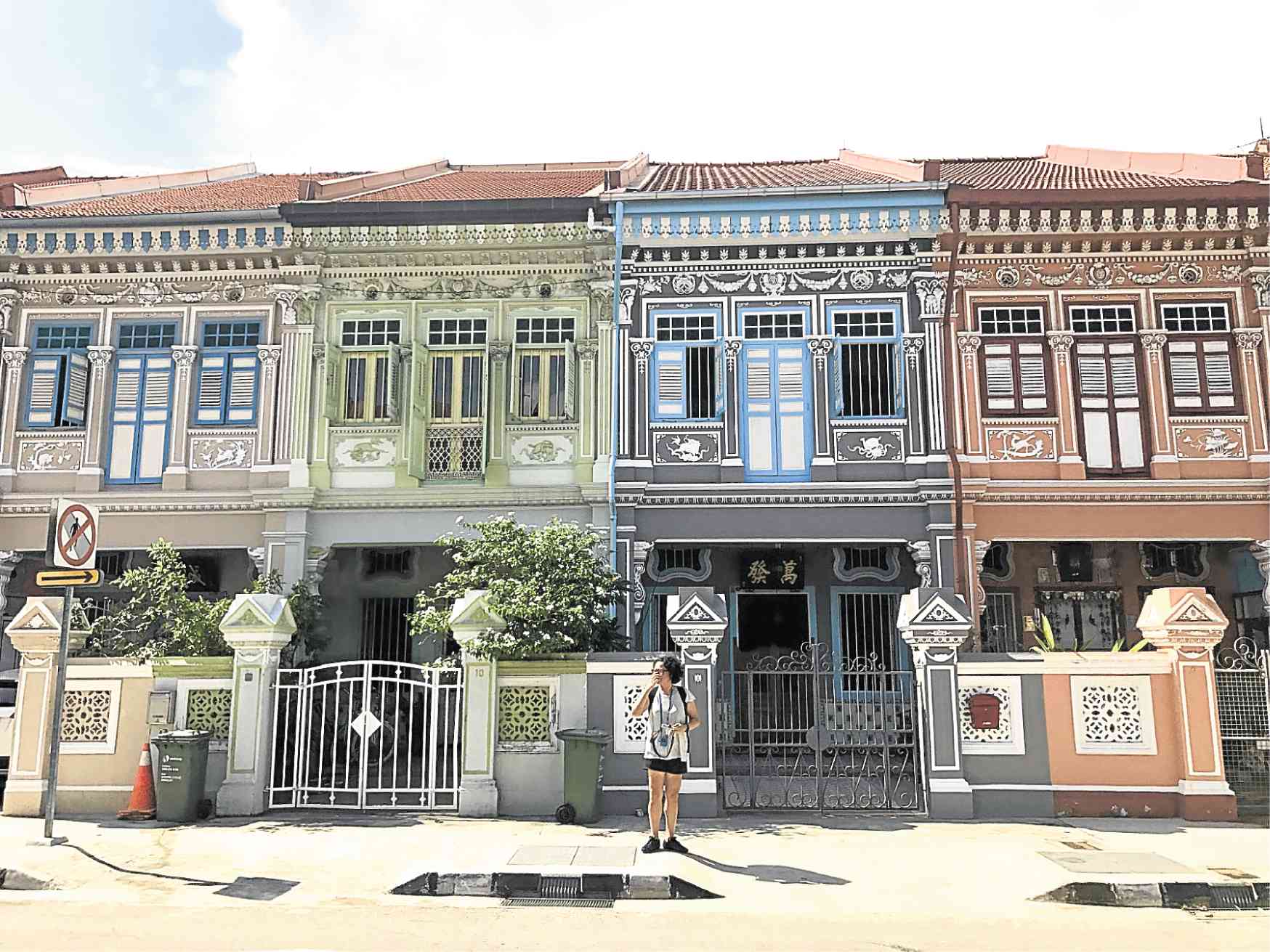 Rediscover Singapore: From the most affordable Michelin-star resto (soya sauce chicken for S$4.80) to simulated skydiving

Like many things Singaporean, it all boils down to a labor of love, this popiah snack. A simple go-to fresh spring roll of choice, similar to our fresh lumpia, popiah is labor-intensive.

Many ingredients that go into each roll—finely chopped garlic and flavored peanuts, carefully julienned vegetables, each requiring cooking—are made so you can enjoy a smooth texture with each bite.

And, if you fold the wrap “properly,” meaning the traditional way—yes, the fun part is you get to fold it yourself, hence they have popiah parties in this part of the world—it is believed that good luck will follow you in your endeavors.

This is not a food story, but one about the indomitable spirit that fuels Singaporean passion, which makes the destination just as important as the journey.

“It reflects what we stand for as a people. Such a brand will build a connection with our audiences so that we are in their hearts and minds even when they are not actively considering travel,” said Lionel Yeo, Singapore Tourism Board (STB) chief executive, at the launch of the campaign.

Upon arrival, for example, our group was whisked from the airport to the one-Michelin-star Hawker Chan, known as the most affordable Michelin-star restaurant in the world. Its award-winning dish, Soya Sauce Chicken Noodle, costs only S$4.80, or P182.

Starting out as a street peddler, its diminutive chef, the Malaysian-born Chan Hon Meng, reportedly took the train back home after receiving the Michelin star in 2016 (Hawker Chan retained its star for 2017).

Chef Chan, as one of the first hawkers to receive a star for his little establishment, has recently joined Hersing Culinary. His food establishment is set to expand overseas (one branch opening in the Philippines soon).

This makes him, his product, and his story the perfect embodiment of Singapore’s new tourism campaign.

“‘Passion’ captures the idea of the determination to pursue something truly worthwhile, while ‘Possibilities made real’ is the promise of Singapore,” Yeo said.

While onboard the iconic bumboat—akin to a water taxi, now retrofitted with zero-emission electric engines—we learned about the Singapore River’s rich, colorful history, the landmarks, the bridges and the quays.

We were told, for instance, that the bumboats are often painted with eyes and faces so that they can supposedly “see” the dangers ahead, and that they were vital to the commercial activity on the Singapore River for more than 150 years.

The STB also treated us to a private tour of Japanese artist Yayoi Kusama’s exhibit, “Yayoi Kusama: Life is the Heart of a Rainbow,” at the National Gallery.

The 64,000-square-meter gallery is one of the largest in the region. A two-hour walk through Kusama’s art—her iconic dots, nets, pumpkins, and trippy infinity rooms—is like Alice falling deeper and deeper into the rabbit hole in Wonderland.

Our group stayed at the spanking new Warehouse Hotel. The building, constructed in 1895 as a warehouse across Singapore River, was once at the heart of underground activities, liquor distilleries, and Chinese and Fujianese secret societies. It even became a disco in the 1970s.

The hotel is located in the vibrant neighborhood of Robertson Quay, where much of that history has disappeared. The building has been restored into a modern 37-room boutique hotel with amenities such as complimentary high-speed internet, Bang & Olufsen Bluetooth speakers, custom pillowtop mattresses, 100-percent ecofriendly Ashley & Co. bath provisions, and access to the rooftop infinity pool.

At the Amoy Street Food Centre are two Bib Gourmand hawkers—A Noodle Story, and Coffee Break. Run by young people, these food establishments could be well on their way to earning a star in the next few years.

A most interesting, and exciting, part of the tour was Singapore Sideways Vespa Tour by Betel Box Tours that gives tourists a four-hour look at Joo Chiat’s culture and food scene. The first of its kind Vespa tour, in which the tourist is seated in the side car, it allowed us to explore Singapore’s charming landscape of old and traditional architecture.

This area was once, in the 19th century, dotted with coconut plantations stretching from Geylang River to Siglap Road. To retain its rich architecture and heritage, more than 800 buildings in the area have been restored. In February 2011, the National Board designated Joo Chiat as Singapore’s first Heritage Town.

Our skills were put to test, too, at the Bynd Artisan workshop, a homegrown brand with a strong heritage of three generations that specializes in the craft of stationery-making. It carries accessories and materials so varied you can produce thousands and not one of them would look the same.

At dinner we met up with Alvin Teo in his popular restaurant, Roost. He is the developer of the first-ever poultry cooking machine called iKook, using it to cook the famous, well-loved national dish, the Singapore chicken.

Teo’s vision is that, someday, anyone would be able to prepare this national dish with ease and perfection.

Then we rushed out straight into the Singaporean traffic—a piece of cake, really, compared to the hell we go through in Metro Manila—to catch the Singapore Symphony Orchestra (SSO) concert at the Esplanade. As Singapore’s flagship orchestra, the SSO has performed in Europe, Asia and the US.

We heard the SSO perform Ludwig van Beethoven’s “Emperor and Pathétique” under the baton of Kahchun Wong, the young winner of the Mahler Competition in May last year.

The next day we went mural-hunting at Tiong Bahru, one of the oldest housing estates in Singapore with an eclectic mix of public housing flats and shophouses from the 1930s and ’40s.

The retro charm of this low-key neighborhood is enhanced by quaint cafés, where the artworks of local artist Yip Yew Chong seamlessly blend with the hip neighborhood vibe.

From there we headed to iFly Singapore at Sentosa, our last stop on the tour before boarding our flight back home. It is the world leader in indoor skydiving simulation. With a flight height of 56.5 feet or five stories, it is also the world’s largest themed vertical wind tunnel, accommodating up to 20 flyers at the same time.

Think you can’t do it? In Singapore, everything seems possible, like flying in a zero-gravity-simulated environment.