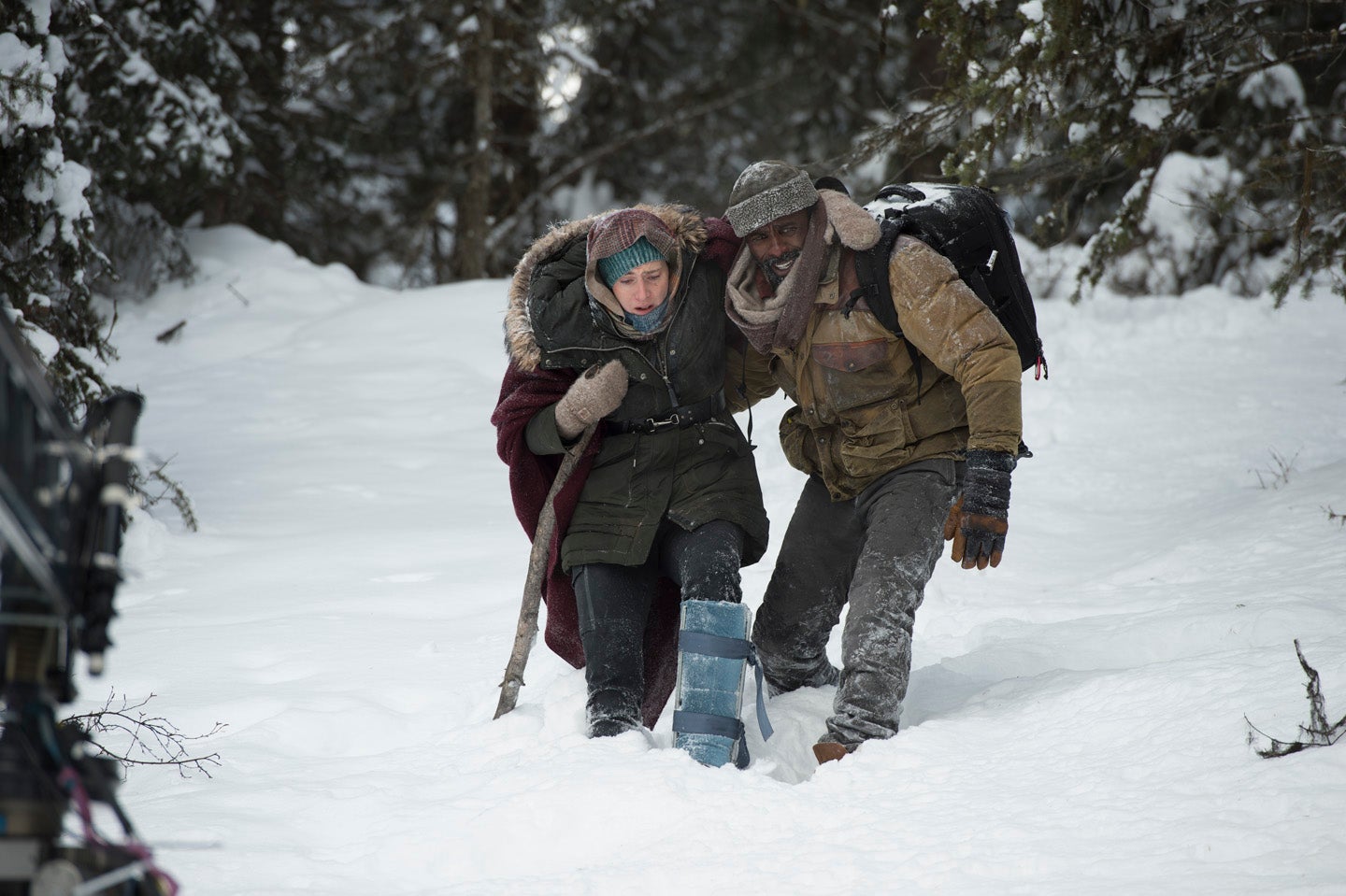 The Mountain Between Us” stars Kate Winslet, Idris Elba

A sweeping tale of love and survival, “The Mountain Between Us” stars Oscar winner Kate Winslet (“Steve Jobs,” “The Reader”) and Golden Globe winner Idris Elba (“Beasts of No Nation,” “Luther,” “Mandela: Long Walk to Freedom”). The film is directed by Oscar nominee Hany Abu-Assad from a screenplay by Chris Weitz and J. Mills Goodloe, based on the book by Charles Martin.

Stranded on a remote mountain in the bitter cold after a plane crash, with no help in sight,  two survivors have to summon all their strength and ingenuity to stay alive. The film adaptation is gripping, emotional and visually stunning drama about two very different individuals thrown together in desperate circumstances.

With his novel, “The Mountain Between Us,” Martin fashioned a suspenseful, affecting tale that examines how two strangers with distinctive personalities compromise and adapt to one another under extreme duress. That story spoke to Oscar-nominated producer Peter Chernin (“Hidden Figures”).
The veteran filmmaker optioned Martin’s novel five years ago, aiming to translate the unusual love story built for the big screen, making a film in the tradition of such classics as “Doctor Zhivago” and “Out of Africa.”

Starring as Alex and Ben are  Winslet and  Elba.  “These are two serious, world-class actors,” Chernin says. “The idea of putting them together in this sort of intense, emotional story made it feel more special. Both of them came to this with a serious level of commitment. They were incredibly excited about playing off each other and deeply committed to making this story something of quality.” —CONTRIBUTED

“The Mountain Between Us” opens Nov. 8 exclusively at Ayala Malls Cinemas. Visit www.sureseats.com.