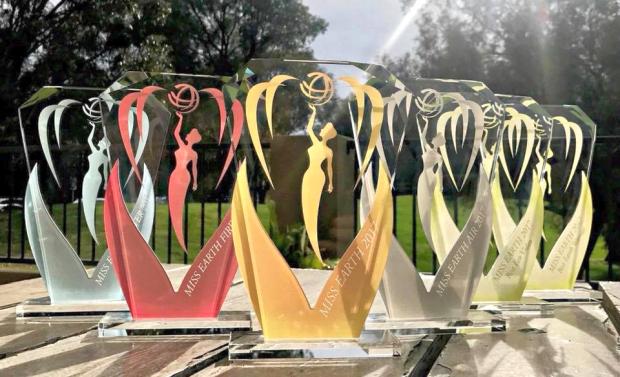 The Philippines has been making the news globally in the past months – but not in a good way. So the organizers of the Miss Earth pageant are hoping that the international tilt would help change the world’s perception of the country.

“I think we are helping the Philippines since day one,” Peachy Veneracion, project director of pageant organizer Carousel Productions, told the Inquirer during the press presentation held at the Diamond Hotel in Manila Monday afternoon. “We bring the delegates to the destinations which do not get that much exposure as Boracay, to let the world know that we have a lot of beautiful destinations.”

“We brought five international delegates to Zamboanga-Sibugay,” she added. “They went there even if everybody’s afraid to go there. We brought five delegates from the different continents of the world, and they were safe. They had a grand time. Everybody celebrated.”

Several countries might have issued travel advisories on the Philippines, but Veneracion was proud to welcome 85 international delegates, who ignored the notices against traveling to the country.

“I think it would send to the world the message that the Philippines is safe,” she said. “And the news is always bigger than what is happening. So the travel advisories, sometimes you just have to be safe about it.”

“We have the Philippine National Police that’s always been beside us. Security is very strict. Mother Earth has always been helping us in all our events and activities. I think she is really protecting us so we can go on with this pageant and our advocacy,” she added, citing the contest’s thrust of environmental protection.

The international Miss Earth pageant is the brainchild of Filipino organizers. In its 17-year history, it was staged outside the Philippines only twice – in Vietnam in 2006 and in Austria in 2015.

Every year, the competition is beamed live to global audiences through partner networks in different regions of the world.

Veneracion said she never thought the Philippine-born pageant would become this big.

“In the beginning, it was very hard. There were birth pangs,” she confessed.

But they persevered, and continued to stage the pageant that promotes environmental causes.

This year’s theme is “Earth Heroines,” which portrays the delegates as superheroes that protect the environment.

The Philippines’ representative is medical physicist Karen Ibasco from Manila, who was voted by members of the local media as “Darling of the Press” in Monday’s presentation.

She told the Inquirer that she took her task as host delegate seriously.

“I really hope the impression they have of me is really good,” she said. “I would also want to give my best in being the host from this country. I wanna reconcile, considering what happened last year.”

Ibasco was referring to the incident last year when the Philippines’ delegate, Imelda Schweighart, threw a fit and dissed the winner, Katherine Espin of Ecuador.

The German-Filipino student, who is based in Palawan, was caught on video talking to her fans outside the competition venue throwing insults at the winner after she failed to advance to the semifinals.

Ibasco said: “I want to show my fellow delegates that the Philippines is a wonderful country and the Filipinos are very hospitable.”

She also noted that, despite the travel warnings issued on the Philippines, the competition still attracted 85 other delegates from around the world.

“It only shows that the Miss Earth is a pageant that is truly worth going into, and worth experiencing, because we are really advocating about the Earth,” she said. “Around the world it’s a great cause, this advocacy that we push for the whole world.”

And because of the pageant’s global telecast, Ibasco hopes “the world would view our country as rich in culture and heritage, and the Miss Earth a credible pageant.”

She added: “We offer great tourist destinations and a great cuisine, and we offer the people themselves. I hope the pageant itself would be a channel to all the people, for them to see that the Philippines is a great country to be in. And we can’t make hasty generalizations based on the news that they’re seeing.”

And so far, based on her observation, the Philippines is getting a positive impression from the international delegates.

“One thing that they all have in common is, they love the Filipino hospitality,” Ibasco said. “Once they landed in the Philippines, they already felt it. And I’m proud to represent the Philippines in that aspect.”

The 2017 Miss Earth pageant will stage its coronation ceremonies at the Mall of Asia Arena in Pasay City on Nov. 4. It will be seen live on the FoxLife channel across Asia and via other network partners in Latin America, the Middle East, Europe and the United States. /atm